The methods cyclists use to get faster have evolved since the late 1990’s. Twenty years ago, if you were using a power meter you were considered an early adopter. Now, power — whether you’re using a power meter or another source — is the gold standard that modern athletes use to measure their fitness and performances.

Why Use Power Over Heart Rate?

With power, the numbers don’t lie. Power-measuring devices — most commonly power meters and smart trainers — objectively measure what it takes for the body to turn the pedals over at any given effort, instantaneously.

Unlike heart rate, power is a consistent measure of the energy being applied to the pedals. This tells us a lot about the tolls taken on the physiological processes of the body during training and racing. The advantage here is that cyclists are able to isolate particular areas of their training for specific performance improvements that previously weren’t as accurately understood.

Quantified in watts, a measure of a cyclist’s power is consistently calculated using an internal component within a power meter known as a strain gauge. Each of these devices are precisely calibrated by manufacturers to ensure consistency across the board. Specifically, within each power-measuring device the calculation for power goes something like this: 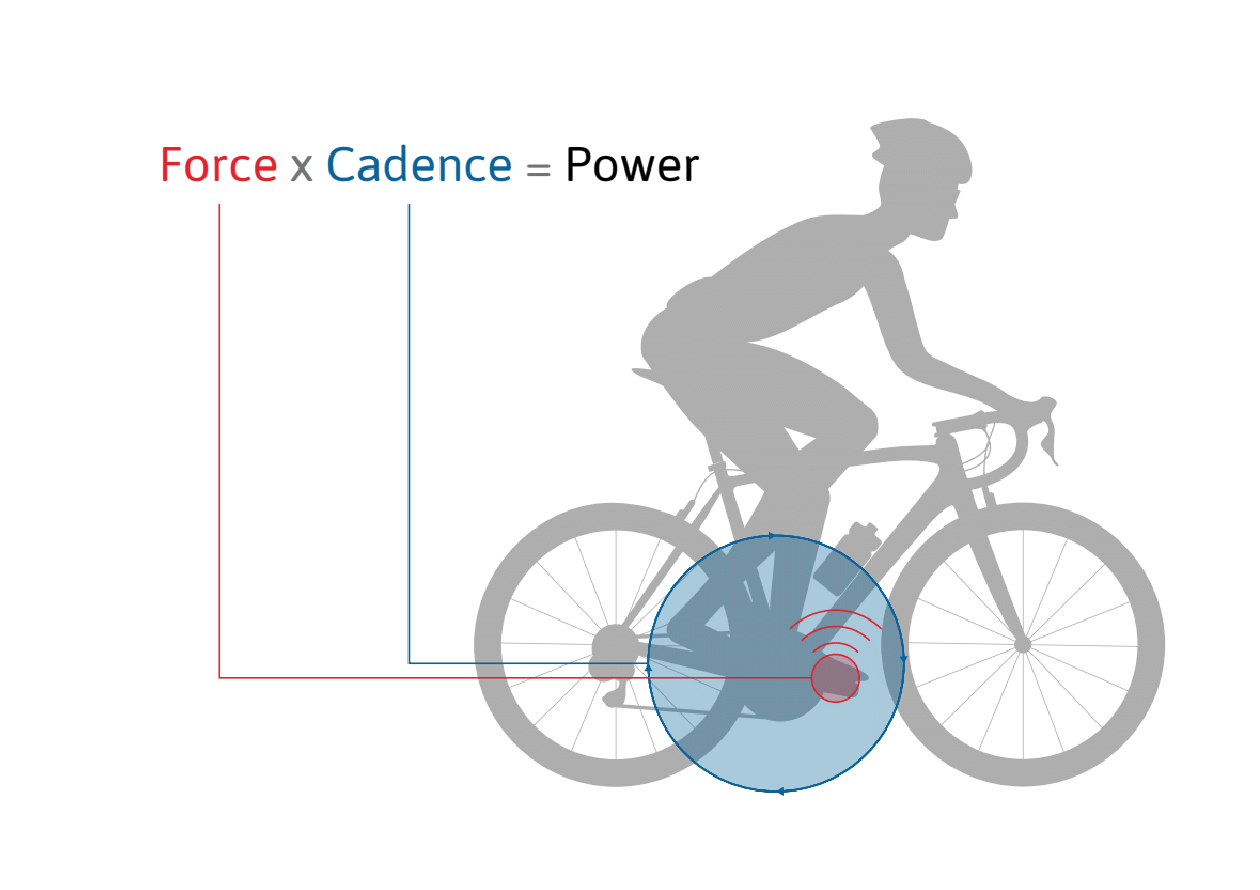 “Using power as the primary metric to train and race with allows cyclists to isolate particular areas of their training for specific performance improvements that previously weren’t as accurately understood.”

One of the greatest advantages power has over heart rate is that your efforts (or lack thereof) are immediately and accurately represented. Measuring cycling efforts using heart rate is a lagging indicator of how an effort is straining the body. Increasingly evident in shorter durations efforts, you can see in the figure above how responsive power (yellow) is to an effort compared to heart rate (red). As opposed to the yellow line for power, heart rate takes a few moments to begin to level off at that same effort level. You will also see the red line for heart rate mislead you in thinking you’re working after the interval has already been completed as the prescribed effort lowers in the recovery valleys.

“Power objectively measures the amount of work you’re doing. Although heart rate is objective in that it measure BPM, it is completely subjective in terms of the physiological stress being put on the body.”

What Happened to Heart Rate?

Cyclists have always known and accepted the variability of using heart rate as a measure of effort. At one point in time, it was our only choice. We have known of the many factors that work against gaining repeatable results from heart rate, including:

Like advances in any field — science, education, engineering — when new technology provides an improved substitute, you accept change and learn to adapt. This is the transition that modern athletes made: moving from training and racing by heart rate to doing so using power.

This isn’t to say readings from a heart rate monitor are false data. Heart rate monitors objectively measure how many beats per minute an athlete’s heart is beating. What modern athletes training and racing with power argue is there are too many variables that can impact why it’s beating that many times per minute. It is objective in that it measures BPM, but it is completely subjective in terms of physiological stress being put on the body.

How The Modern Athlete Uses Power and Heart Rate

Athletes wise to contemporary training methods use power-measuring devices as their primary training tools. These athletes may also use a device that measures their heart rate alongside power, as a secondary metric. The key thing here is they use heart rate as a complement to their power data as a way to tell a more broad story about their training, rather than using it as a sole guiding metric.

This goes to show you don’t have to throw your heart rate monitor away — we’re certainly not advocating that. Instead, what’s required is a shift in focus. That’s it. Because as all modern athletes know, focusing on the right training tools in your search for speed can make all the difference.

For more cycling training knowledge, listen to Ask a Cycling Coach — the only podcast dedicated to making you a faster cyclist. New episodes are released weekly.