AC/DC works every time for me!!!

This is my current playlist. Pendulum’s Self vs. Self is my finisher as I approach 19:30. 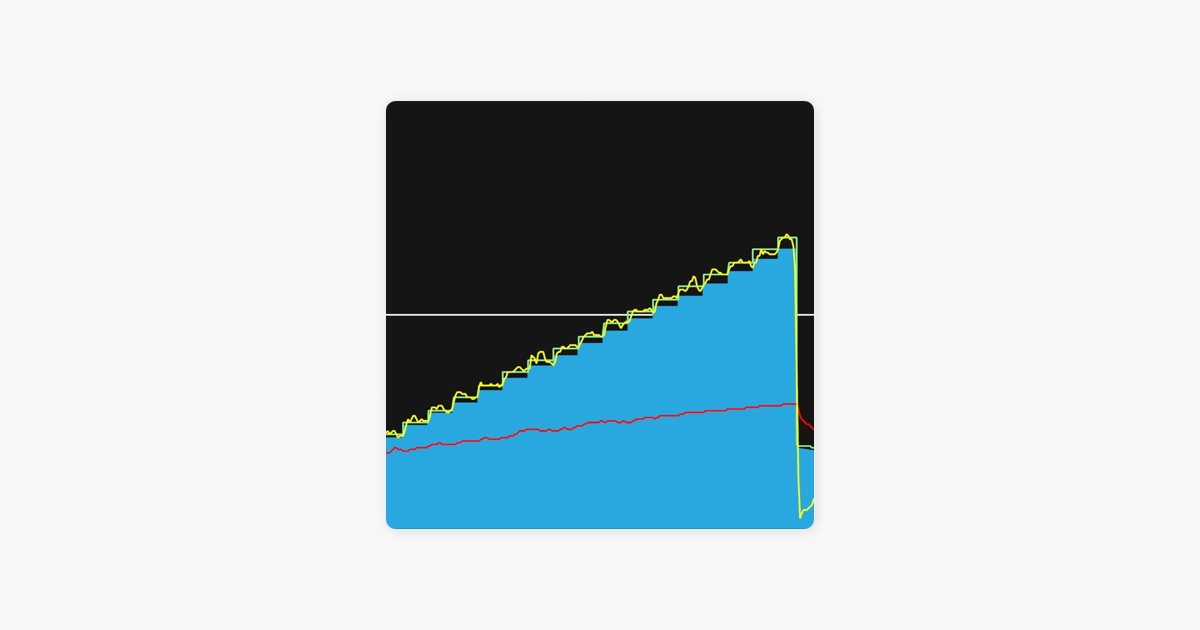 Loving the variety in all these playlists! Looks like a lot of classic rock and dubstep, haha.

Just put together my second shot:

Ramp Test #2, a playlist by vegantaco on Spotify

A playlist featuring Audien, The Knocks, DVBBS, and others

Some punk, ska, among other songs with a good beat… If I can make it through Andrew W.K. then I get a nice little FTP bump!

Like UK riders of a certain age The Prodigy features in mine - THE song that gets me through is Roadblox but my secret song is Incredible by General Levy.

Do always start the test with something a bit rockier like In The Air Tonight by Phil Collins or one of many Led Zeppelin songs (but then I can’t help singing along!)

Trainer Power, a playlist on Spotify

A playlist featuring Rusko, Bassnectar, McRocklin & Hutch, and others

Updated frequently! Thanks everyone for following and sharing. Much appreciated!

A great playlist for your indoor and outdoor sessions. Relaxed for your recovery and up tempo beats for a High Intensity Interval Training or max effort climb. I love this playlist during my Zwift & TrainerRoad indoor training.

So am I weird in that sometimes when I’m listening to songs on the trainer and they happen to fall during a rest interval, I end up listening to the lyrics a bit more closely than I ever have in the past? This happened to me once when I was listening to The Distance, and I ended up hating the song. I just got so mad at the guy! (Full disclosure… I’m a woman.) It’s too bad. This has happened to me for other songs, although usually I don’t end up hating the song, just shaking my head at how stupid the lyrics are, but how fun the song is. I know, they’re not meant for deep pondering… but it’s funny what headspace I sometimes get when riding. Don’t know if I’m the only one…

We’re gonna ramp test to one song, and one song only: “Lady Hump” by the Black Eyed Peas.

I have obviously got quite a few playlists to find. I’m on Apple so I’m going to have to look at Spotify first as well!

I think it can work against me when songs change too much, so I certainly like the longer songs that keep the same rhythm, so a DJ set sounds a great idea.

I will probably have to try this, but corny as it sounds, I have always found movie soundtracks quite inspiring, so I’m wondering if a bit of Rocky and Superman etc would be any good?

I usually go through phases where I listen to the same stuff over and over again and love it to death before getting bored and moving onto the next. Normally I like listening to Ska, Punk, Folk Punk but I found that for some reason 90s gangster rap (specifically 2Pac recently) just does it for me better than anything else when I’m on the trainer. The socio-political commentary, narrative story telling, super aggressiveness, tongue-in-cheek at times… it just gets me pumped up.

I’ve used this for my latest Ramp Test and have used it for all TR workouts since.

With a ramp due tomorrow I thought a playlist was in order. Here’s version 1. The timing works out such that getting to “Howlin’” means an increase in FTP.

RAMP, a playlist by Neil Owens on Spotify

A playlist featuring Kasabian, Florence + The Machine, Gorgon City, and others

RAMP, a playlist by Neil Owens on Spotify

A playlist featuring Kasabian, Florence + The Machine, Gorgon City, and others

Just did a ramp test last night, and did a final validation of my playlist (I’ve used it once before, but wanted to make sure it worked how I wanted). Here it is:

Ramp Test, a playlist by isaacniebeling on Spotify

Playlist for TrainerRoad Ramp Test. Use the first song to make sure everything's working right (and that you're not on shuffle). Start riding on Natural. One Step Closer kicks in about 18:10. Make it through that and you've boosted your FTP a bunch.

It’s in the description, but basically the first song is there to kind of start getting into things mentally, but also to test that going to the next song works. Sometimes I’ve inadvertently had shuffle on, or Spotify’s queue got weird so it went back to something I’d been listening to previously. I don’t want that to happen while I’m in the middle of the ramp test, so I want the test song.

Sometimes I move The Distance, The Red, or High Hopes up to the beginning and kick Natural or Sandstorm out. The goal is to end up with One Step Closer firing up around 18:15 or so. That’s when I really need to hold on – getting through about 19:30 or so breaks even for FTP (roughly).

At some point, I might move Last Resort out of the list and swap something else in; it’s a little dark for that point of the test

I mean, lots of the songs are a little dark, but that’s usually where I’m at in the test.

Made it to just over 20 minutes last night and got an 8-watt boost, so… it worked, at least for me