Also, if you read the Weekly Tips from many of the plans (Mid & High Volume only, since Low Volume does not include Sunday SS rides) you will see recommendations for swapping the SS for a longer and lower intensity Endurance ride.

Here is one example from SSB MV 1: 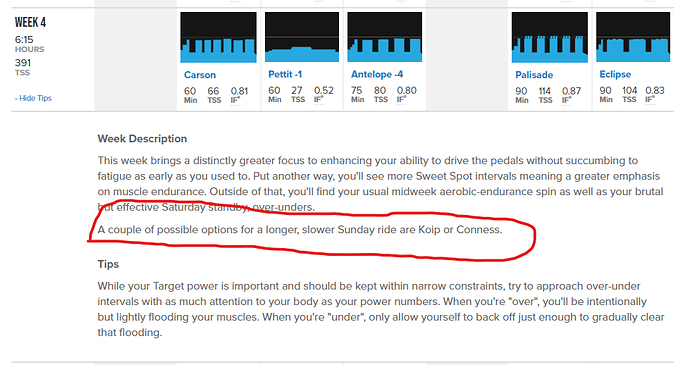 They should really hire Chad as a trainer road expert/faq/troubleshooting guy. I’m almost convinced at this point he knows more about tr than Nate,Jonathon, or Chad

“Slack” doesn’t directly refer to the suspension. It definitely does refer to the geometry. But there is for sure a very strong correlation that more slack bikes have more travel. I think what Nate was saying is that in MTB slack angles usually also come with more and a different suspension platform. So it’s hard to determine whether the poor pedaling of more slack MTBs is because of the angles or the increased and different suspension.
So the analogy of the CH at DK200 is like a 150mm Enduro bike at a XC WC race may not be totally accurate. The CH and a road bike have the same suspension (none) though the angles are different, while an Enduro bike has both more slack angles and more suspension travel compared to an XC race bike.

VeloNews did a tech Podcast on the Chamois Hagar…haven’t listened to it yet, but I would imagine it is similar to the video review I posted above. 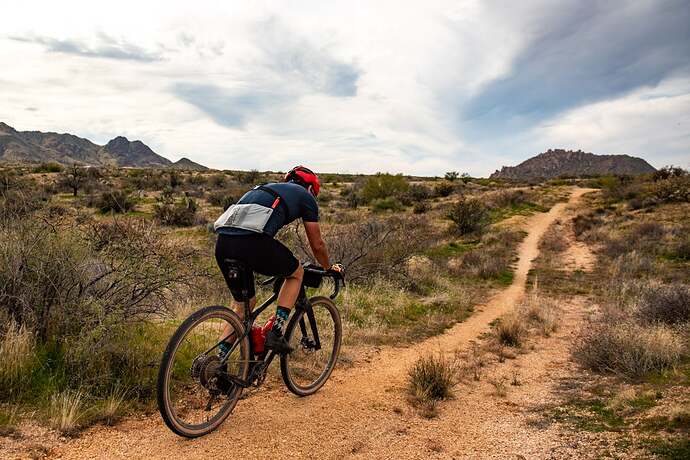 Evil Bikes sought to upend conventional thinking about what a gravel bike should be. With some unique geometry choices, the Chamois Hagar did just that.

I’ve reached the point where I’ve decided I need to actually ride a CH in order to see if it is a good choice for DK. Reviews indicate that the bike is actually pretty nimble…but I can admit that my biases are holding me back from seeing it that way based on images (and honestly even based on Evil’s own promo video…bike just seems to lumber along in those clips).

I can see where the slack HT angle can be beneficial when flying down a straight descent…stable and able to absorb bumps and impacts better than a steeper HT. But the “mountain bike made for gravel” descriptions just make me feel that it isn’t the right choice for a road gravel event.

I guess slack could refer to tire size then. There would be a strong correlation that more slack bikes have larger tires.

Regarding the adding of notes post workout how about utilising something along the lines of what Whoop do at the end of an activity and pop up a short questionnaire? Taking 2 mins at the end of a workout to key in a few important facts could prove really useful in terms of us reviewing our own historical rides and give solid, consistent information back into the huge set of data TR hold. It wouldn’t have to replace the notes field but I bet you’d get more data fed in if this method was used than relying on us going back into the workout later to add some notes.
I’ve long wanted an easy method of adding brief info about nutrition taken onboard during a workout - include this into the questionnaire perhaps as simply as water or sports mix, number of gels, number of bars or you could go more in depth and ask for kcal consumed during workout. I’m sure many of us will use similar products each workout so once you have recorded what 1 bottle of mix contains, a gel, a bar etc it wouldn’t take long. Add that into the type of questions Whoop ask regarding perceived effort, and how you felt you performed would soon drive data points upwards.

Some related Feature Requests in place (surely not all of them, but the ones I could find quickly):

Yeah the first one is mine @mcneese.chad, would be great if there was a central repository of feature requests with a status of:
Rejected
Being considered
In development
Being tested
Due for deployment

Above are just some status examples, much the way Microsoft and their UserVoice platform operates. Might cut down on repeat feature requests?

Thanks for the link. Great interview and discussion about the geometry. It parallels the discussion from the TR podcast, and goes beyond.

Again…Though there might be a correlation of tire size to ‘slack’ geometry, ‘slack’ does not refer to that either. It maybe be inferred when you say ‘slack’ but that is not what it is referring to.

Pretty sure you are just agreeing with me. Slack is referring to geometry not suspension or tires though both may be correlated.

Remember there’s no suspension, so it should be just as efficient as any other gravel bike.

It’s important to remember that the geometry effects efficiency, as well. Especially over 200 miles…

So, have you decided on gravel bike?

It’s important to remember that the geometry effects efficiency, as well.

I think I recall them talking about the ‘cheap’ or ‘fake’ Maurten. Color me interested!!! Does anyone know which product they’re talking about?

One thread on the topic.

It’s important to remember that the geometry effects efficiency, as well. Especially over 200 miles…

So, have you decided on gravel bike?

How so? How the tires are weighted and that impacts rolling resistance?

I bought a chamois Hagar

I bought a chamois Hagar

IIRC, you were going to go with GRX and Enve cockpit? Was that your final spec?

This might be a good choice for Kanza if you can get one. You’d get some extra hand positions without any of the issues with aerobar hate: 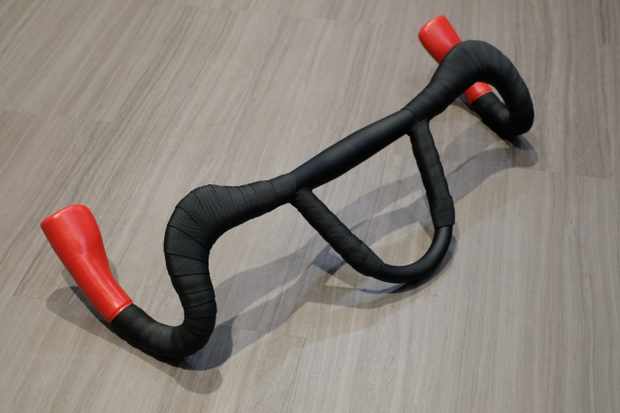 Or one of these: Farr Carbon Aero Bolt-On: First Impressions - BIKEPACKING.com

You’ll prob run a dropper but Redshift has some cool stuff for dealing with different positions for long days: 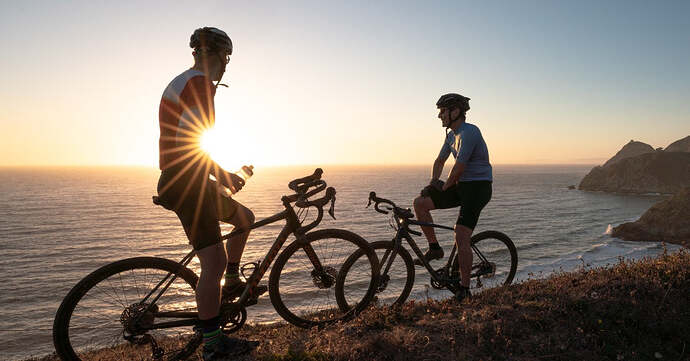 The Switch Aero System lets you choose the right setup for the right conditions. The system's patented Dual-Position Seatpost lets you change from a standard road saddle position to an optimized aero position on-the-fly while riding. And the patented...