I’ve been using outside workouts for my zone2 efforts and do my best to stick to the prescribed levels. It would be cool if after the ride there was a score how well you tracked it and maybe you went too hard or too easy.

Might be something already in the works with v2 levels.

Garmin has a workout execution score, but I don’t think it’s on all of their devices.

I agree…this would be a good feature for TR! I suspect many folks won’t like what they find though, especially if they’re used to ERG mode and power smoothing. I’ve done Z2 rides with a low variability index and still can spend 20-30% of the time in active recovery/tempo zones.

Might be something already in the works with v2 levels.

This has been suggested before:

And Bryce from TR merged that request with the related one that included “Plan” level compliance initially.

I suspect this should be merged with that same feature request, but will defer to @IvyAudrain to be sure this is the right action.

Workout Levels V2 addresses this as it will give you detailed credit for the exact work you do. Hang tight! 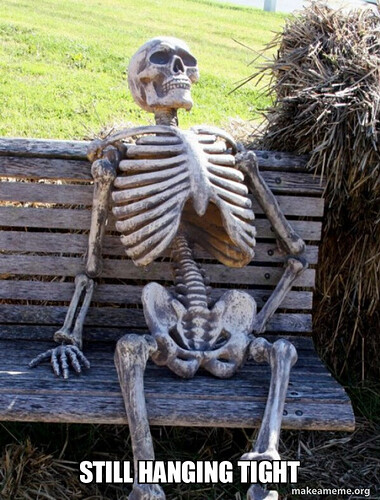 Admittedly, this is probably a bit of an edge case scenario, so I’d understand if it hasn’t been accommodated, but…

I often run TR alongside Rouvy. Frequently that involves riding more than one Rouvy route to make up the time for the TR workout. Then when the workout finishes I’ll just ride out the remainder of whatever route I’m on.

Currently my approach is to have the workout scheduled in the calendar, but to delete the completed workout and allow the Rouvy rides to sync through instead. Then I’ll match whichever Rouvy ride contained the bulk of the workout to the scheduled workout. That way, TR sees the workout as completed, and updates PLs accordingly, and I get the full TSS from the rides added to the calendar.

How will WLv2 view this approach in terms of compliance / progression? Is it going to look at the matched ride and say ‘well you only did two thirds of the workout, so that’s a failure’, or look at each of the rides individually and give them PL ratings below my current ones, so I won’t see the progression I should do? Or will I be able to tell it ‘no - I actually did do the workout as intended’?

No problem, we’ve got you covered.
Workout Levels V2 is going to account for the entirety of the work you did on that ride. That includes observing if you cut the ride short or extended it, and the intensity of what was done during that time.

In your example of:
1. 'Is [WLV2] going to look at the matched ride and say ‘well you only did two thirds of the workout, so that’s a failure’,
2. or look at each of the rides individually and give them PL ratings below my current ones’

For #1, You’re going to have to do things a little differently with the way you’re uploading ride files so that it doesn’t appear that the workout was cut short or incomplete. Meaning: you’ll want all your rides on one file to get the right ‘credit’ against your TR workout, versus multiple Rouvy rides that together made up the single TR workouts. If you’re just associating the one Rouvy ride that contained most of the work intervals from the TR workout but not the whole thing, AT and WLV2 may interpret that as being cut short (depending upon the durations, of course), so you’ll want one ride file that reflects your workout.

Is it currently possible for you to do your TrainerRoad workout on one Rouvy route? Or to combine the routes easily prior to uploading into TR? If you can’t, we can work with you to find a different workaround.

For #2, any additional, unstructured rides you upload below your current level won’t be a mark against you in your PLs, especially if you already completed the initial workout. You wont need to add rides in chunks “individually” like you’re currently doing with WLV2, but if you were to, WLV2 wouldn’t look at those additional/extra rides as a reason to drop your levels by any means. No worries there.
What’s cool is that if you do happen to ride beyond what was prescribed in the workout and leaving it as a singular file, you may get bumped an extra endurance level, for example, if you’re adding on an extra long cool down.

There’s a lot of info to unpack here so please don’t hesitate to follow up with me if you have questions about any of it.
I’ll be sure to update athletes with more WLV2 specifics as soon as they’re available, but feel free to keep asking questions until then and I’ll do my best to answer!

I think that’s basically what I expected - if it’s one route I’m all good (and it’ll even recognise if I’ve exceeded what the workout called for; if it’s multiple routes I’ll need to find a way to splice them together (or just pick longer routes to start with so it doesn’t happen).

In which case, I think I have a new feature request - to be able to match multiple rides to a workout so that TR ‘sees’ them as one continuous ride. Or possibly, given that it’ll now assess the ride whether it’s attached to a workout or not, simply the ability to join two rides (regardless of workout).

I appreciate it’s probably a bit niche and low priority, though, so I’ll need to look at workarounds for the foreseeable.