Working on a laptop while on the trainer

Hello! Are any of y’all able to be productive and get actual work done on a laptop while on a trainer?

I think i would only be able to do this during endurance rides, but curious to hear if anyone else has attempted this.

Also, what is your setup if you’re able to be productive? Wahoo desk, standing desk, etc.

I heard a former winner of Paris-Roubaix (don’t sue me Specialized) trained exclusively for the race using one of these after an injury.

I can keep an eye on emails on the laptop (but also log into email on phone as find it easier to type a response on my phone whilst riding - any reply in recovery intervals) Have also watched online training videos etc. but can’t do much more work!

It’s a good point @RobertSims - most of what I would have the attention span to do on the trainer can be done with a phone/tablet pretty easily. I’m probably fighting for a pretty marginal gain in productivity…

I type the odd email on the phone but not up to trying to juggle a laptop and train at the same time.

Wireless keyboard attached to aero bars. I use them all the time to surf the web and run other apps while riding. Low tempo and below is easy for working. 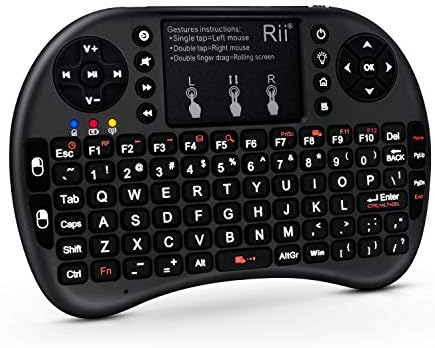 I can focus below about 70% of ftp, above that it’s either music or determination

If I am training with TrainerRoad, I am productive enough; no need to work at the same time. I have even blocked the messages on the IPad I use for training. Everyone deserves some time off-line.

Very similar setup to mine, except I went for wired mostly to not ever deal with batteries dying.

There’s not enough oxygen available for my brain while training to even begin to think about this. Plus, I don’t know how I could get anything done over the shouting match between my legs and what’s left of my brain.

I tried playing my switch while doing a recovery ride, almost fell off the bike. I’ll stick to Netflix…

I sometimes catch up on messages/emails during recovery intervals or whenever I feel like it during low intensity workouts… but generally time on the bike is my time to focus on the work, watch a show, etc.

I think any work done whilst on the trainer, would need reviewing after the ride … which could take as long

Personally, I’m not smart enough to do more than one thing at once. I focus on work when I’m working, focus on training when I’m training and focus on my friends and family when I’m not doing the other two. Something to be said for being present throughout your day!

I’m totally guilty of working during endurance/recovery rides. I have a chair next to my bike, and can often read, analyze, and do minimal typing while I’m pedaling. I just plop the laptop down, and pick it up when I need it for typing. I work from home two days a week, and this helps me to lessen the impact on my family during those days with my training.

Of course, this is only possible on days when I’m not doing intervals!

Nothing to do with intelligence. Unlike computers, humans have only one core and incapable of multitasking. Studies have borne this out.

I agree also that trainer time is trainer time. One hour away from the desk won’t set us back that far.

If its an endurance ride and i have work to do, i usually try to take advantage of that time. I use my laptop on my Wahoo Desk and its a pretty amazing setup.

I have a Wahoo Desk, too. A dedicated pain cave computer with two screens and a real keyboard. I can access my work laptop via Remote Desktop.

I have to read a lot, reports and so. This can be done easily while “riding”. Or phone conferences where I have a more passive role (noise cancelling headset!). And other use cases. However, if I did more tasks which require more typing I would set up voice recognition.

There’s not enough oxygen available for my brain while training to even begin to think about this. Plus, I don’t know how I could get anything done over the shouting match between my legs and what’s left of my brain.

I actually find that training slows my brain down just enough to be more efficient. Either during endurance training or in the general fatigue of structured training.

My mind tends to output at 5W/kg when what I need is a steady 2.5W/kg…if that analogy makes sense?

Rocking “flow state” with a bit if effort actually makes sense to me. I expect it is a fine line based.on my work during Endurance zone riding.