Didn’t actually try to follow the targets, just rolled with D. Maria on Zwift at 2.2w/kg for 85 minutes, hit the the sprint at the end for fun.

I flew out to Borrego Springs in my specially patented 5x the speed of sound and carbon neutral jet to do tonight’s workout, Cheaha.

I don’t know what fans were doing in the middle of the desert, but the one in my face (which must have had an awfy long extension lead) was refusing to go any stronger than quiet or level 1. I thought my remote control after 3 years had finally died. Doh, After I’d finished I climbed of and read the digital display, I had activated night mode, once that was toggled off all three settings of the fan were good again

Finally getting serious about training.

Playing around with TrainingPeaks workouts and some resistance mode riding for a quick endurance ride.

Day off, then a real doozy of a threshold workout coming Friday… 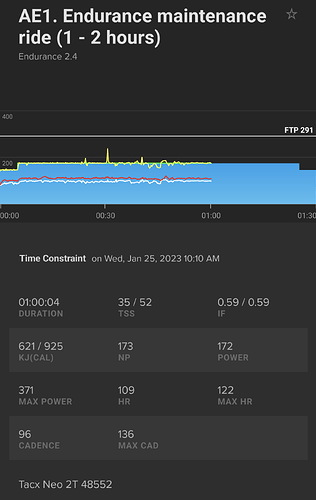 I’ve been doing the experimental polarized plan for 4 weeks now. Due to a scheduling issue I pulled tomorrow’s hard work over to today. That will create two days off in a row which isn’t ideal, but that’s life. 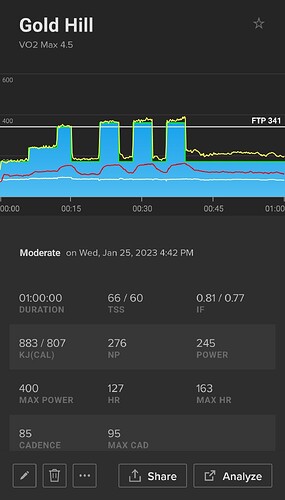 First sprint workout I’ve done in a looong time. Talk about a shock to the system

That will create two days off in a row which isn’t ideal, but that’s life.

That’s me this week. Back at it in the morning.

Rest week, did Pettit yesterday and Muir the day before. Whorl and Townsend-1 to wrap up.

But first session of next week looks tough. 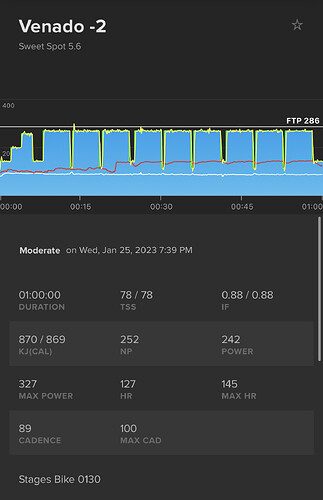 Back at it after a few days off due to Achilles tendon pain.

What kind of over/under intervals do you do?

What balance of power - upper/lower ?

Got out with other half for a head torch run around the local trail and woods, Clear star lit night, we had a great hour out!

Followed by an extra hour of Z2

Screenshot_20230125-2251571080×2340 149 KB
Carpathian Peak -2 last night. I was a bit worried about this one because after doing some solid base and lacking any work on my muscular endurance, I’ve been finding some of the threshold stuff quite tough. I’m on week 3 of sustained build. So it’s a vo2 and a threshold session on Monday and Wednesday respectively. Probably at the start I was carrying some slight fatigue from the vo2 session and I’d go for an easy run on the Tuesday. Genuinely thought it was a possibility if have to quit. But no, got it done and fairly well for that matter. Three weeks in now and I’m almost back to fully fit after a big lay off after Ironman Wales.
9 Likes
rkoswald January 26, 2023, 3:14pm #214 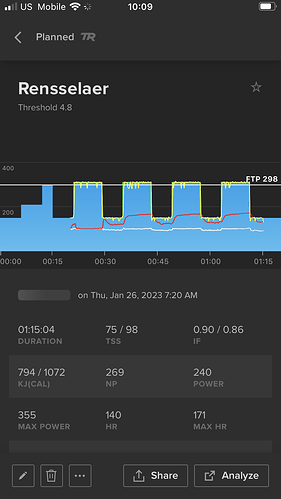 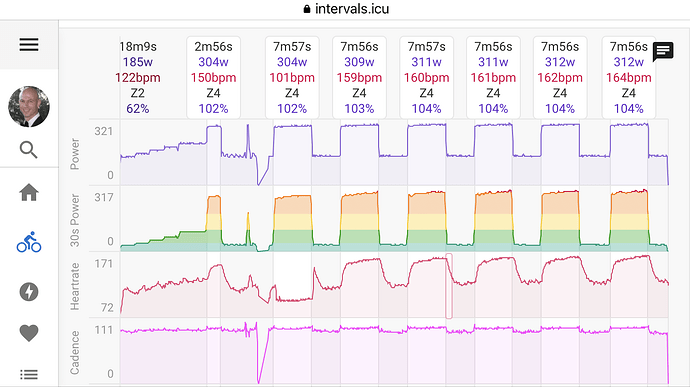 Kwaay, a low level SS work out was in my calendar tonight and to be honest I don’t think I even got into the SS, my max HR was only 84%, and I feel a little underwhelmed. I keep telling myself to trust in the process though. 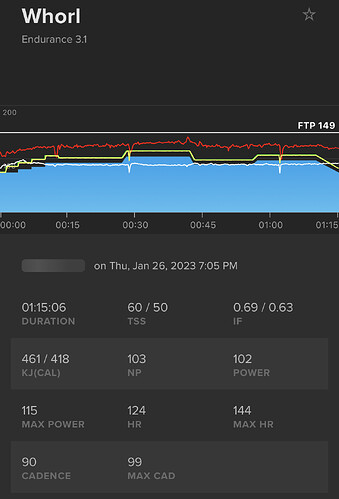 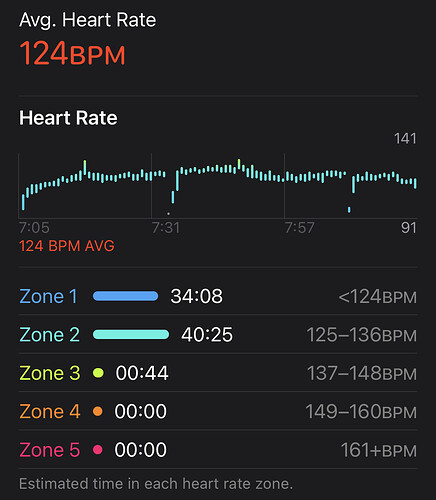 Trying to figure some of my actual thresholds with some testing, which I really haven’t done much of. Generally have ridden prescribed TR workouts in erg mode.

First time I’ve done an hour threshold effort like that, happy with how it went

(Edit - in about a week I’m going to do 5 minute, 1 minute, 20 minute, and sprint testing. So, have a couple easy spin days coming up, a couple days off traveling for work, and then time to party again!) 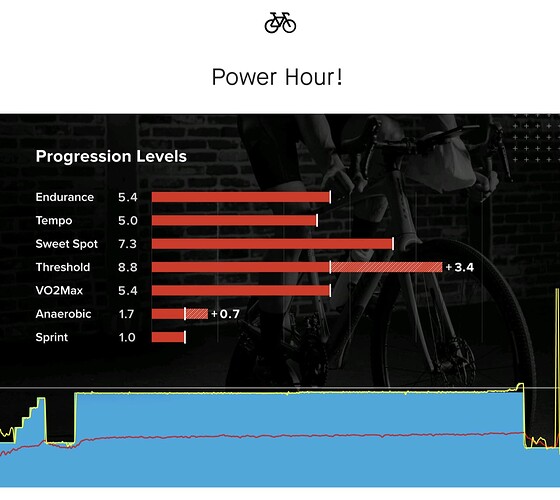 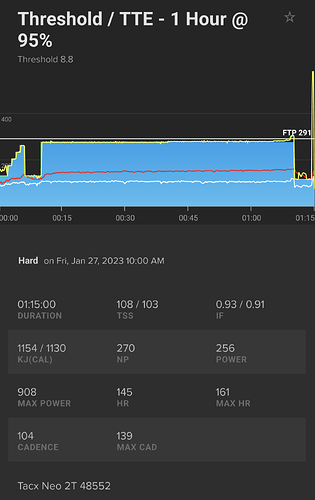 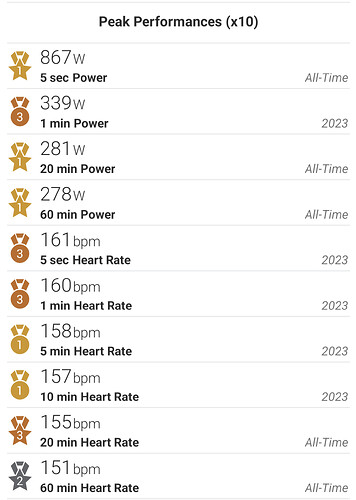 First time dipping into this thread, this one had me shaking my head a little.

First workout in specialty block, came off a polarized build block which had about 3 weeks total time off/recovery during the 8 week block due to holidays and travel. FTP dropped a few watts according to AI but wasn’t enough to make me worry one way or the other. This felt like VO2 (@105% I guess it is on the low edge). bailed toward the end of the 2nd interval … 2 mins of recovery wasn’t feeling like enough to get me thru 3 & 4. Maybe mental, maybe not.

Got carried away at end on downhill sectio onTitans Grove (Zwift) Really enjoy that part especially with the steering… Think I over did workout as it questioned me why I marked it very hard! and truth be told as I type this, I do feel like I did a little too much.

@BCM Very nice effort, kudos to you for that sustained effort