Bad idea to suggest this. I already have a bad addiction to stroopwaffels, I don’t need to hear new ways or reasons to eat them.

I went to a tech conference once where one of the sponsors was making them fresh, from scratch, at the booth. It was a popular booth.

My family got me a small package of Stroopwaffels, been eating them on the bike. 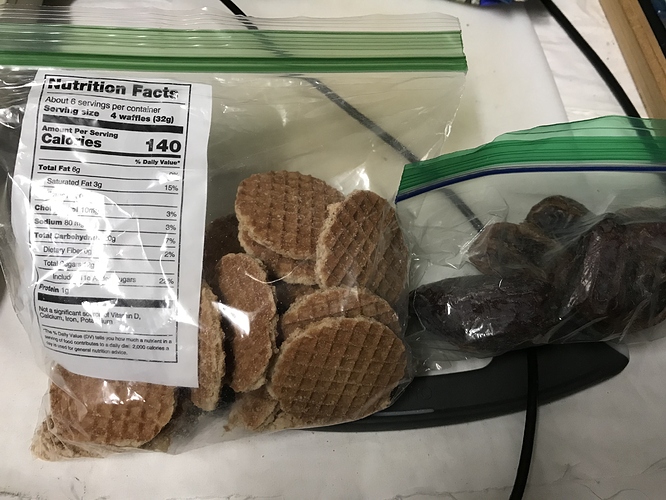 Pretty tasty although I have to admit to losing my sweet tooth. Five years ago I would have inhaled the entire bag in about 20 seconds. I’m really digging the Medjool dates.

Oh, I know. I upload everything to Strava and see the miles there, but I’d like to see them tick by in real time on TR.

Close your eyes for this reply then

I used to have cliff bars on the bike, but it got just too expensive. I can buy 10 stroopwaffels for the price of 1 cliffbar.

Looking at the labels (energy wise) two waffles make about one cliffbar. Although cliffbar is lower in fats and will mostly likely be cleaner in terms of less added stuff than the waffles.

I actually opt now for sea salted caramel stroopwaffels, the original ones are too sweet for me on the bike

A) Definitely easy to see the High Flywheel Speed leads to much more power data fluctuation.

B) Also possible to see that if you are steady on cadence (I was most of the time with a 3 watt range once I settled into each step), you can really keep the power smooth in RES, possibly smoother than ERG, at least with Lower Flywheel Speed.

This reminds me of a few other takeaways from last years Big vs Small Chainring thread:

Yeah, partly. I did it spurred by the resurgence of the ERG vs RES discussion, and my general interest in learning more about how this all works.

I had that in mind during the warm up, and hatched it in the very moment. Figured out the RES setting that allowed the same gearing to match my ERG cadence to try and match variables reasonably close.

Then after the first interval, I realized I could do double duty to see what flywheel speed would do. This was all very quick and in the moment, but I tried to balance things like flywheel speed, cadence and my usual standing breaks as evenly as I could.

Finding the right RES setting to hit the gearing was a challenge and messed up the start of some intervals, but the last half of each set is pretty dialed for off the cuff implementation.

I am just playing with variables in a pseudo-attempt to control them and see the impact.

Sure possible to see the variability in power data via flywheel speed changes. I should load a real power meter on for some of these workouts to see what it picks up vs the trainer. We have seen some interesting data reported from Shane and Tariq, that show deviation from “real” power as the speeds increase. No idea if it’s a problem with my Kickr17, but it follows the trend we see in the other trainers (Neo, Hammer).

to my legs, inside low flywheel feels unnatural

no evidence that “smooth power” leads to better training adaptations

All in all, no concrete conclusions, but some things that may be shedding a light on things I can leverage for my needs. Just figured it might be interesting for others too

would guess that is true for flat road and dealing with variable wind. I wonder about things like longer and mild climbs, if those tend to be more stable

And overall, I do expect just about any outside activity is bound to be more variable. Potential influences from wind, road conditions and such are going to lead to those peaks and valleys.

My second successful over and under workout. This right out of bed with a couple of gels and a bottle of HEED. On a borrowed trainer.

Save my Stroopwaffles from United flights to use later on bike rides. My wife is forbidden from buying them for me. Pro Tip – United also has amazing Albanese gummy bears on international flights (as opposed to Haribo).

Still adjusting to the increased demands of SSBMV2. Yesterday’s threshold workout “Donner” got me. I was blowing up about halfway through the 2nd interval and had to dial it down by 5%, but was able to complete it after that.

Tonight did “Clark”. Glad I can still manage my sweet spot workouts but just barely. The stomps in this one were kind of fun though, until I realized how hard it is to recover by settling back into sweet spot. Felt super productive though, looking forward to taking it super easy tomorrow.

Leconte today, notched down a few % to reflect FTP as it exists, not as I wish it to be… last hard one of SSB2 LV. Actually, quite happy with this as I’ve been digging myself out of a hole of overreaching, and this week was the first real signs of getting out. Oddly, the fade at the end wasn’t heart rate, leg burn, or gasping breath - it was just gradually loss of contractility - couldn’t keep any cadence going.

This was also the last leg of a working professional’s one-day stage race. By that I mean:

My pit crew for the day was 1) caffeine - can’t usually tolerate it, but once a month or so is okay 2) about 30 minutes of time lying down in alpha-wave state, not sleeping though 3) a new pair of bibs that landed in the mail today and 4) re-watching my football team win a playoff game.

Looking forward to the down week…!

2+ hours of endurance via Laurentian for me followed by an 8-mile brick run at a 7:28 pace. The TR triathlon plan is tough but it’s whipping me into shape. 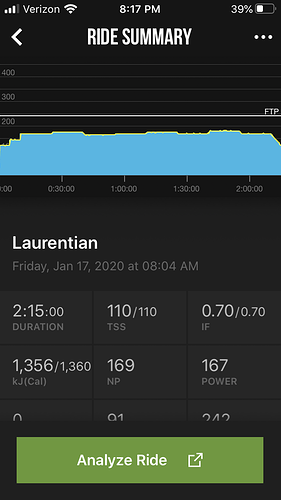 That’ll be ‘final push syndrome’, I find this often when I’m absolutely hanging but just because it’s the last interval my head gets a rush of enthusiasm and my legs follow suit, lol!

Definitely one of those days where the numbers are all in the green but it’s just HARD for some reason. Oh well, ticking the boxes. 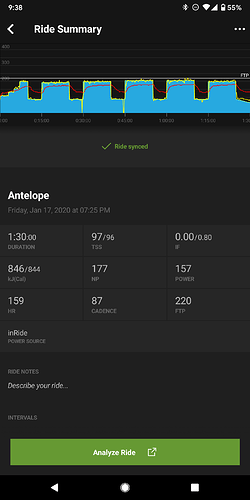 My usual Saturday group ride. Although it didn’t feel so intense at the time, I also got a sprinkling of some new HR Peaks 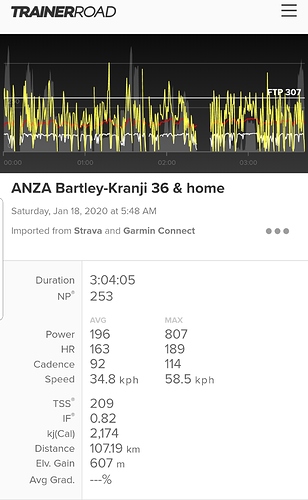 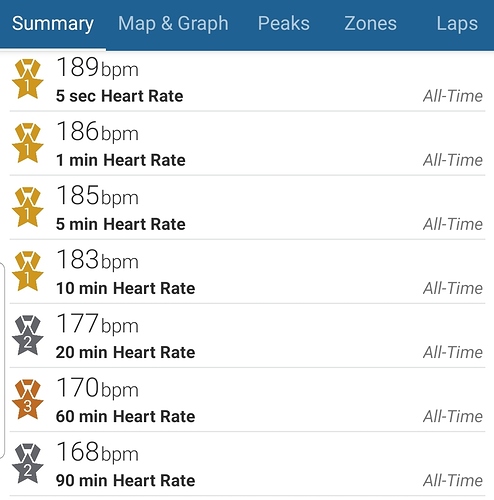 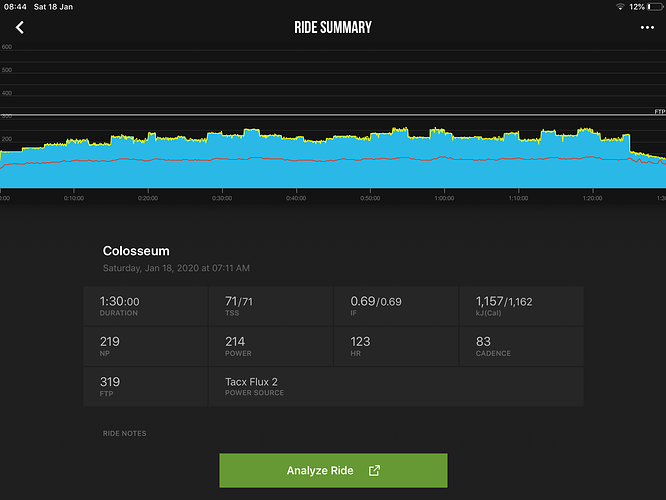 Last spin before I hop on a plane and head for the white stuff.

Hope everyone has a great week of training. I’m looking forward to my break