My experience with TR POL plans

My take on the easy rides is to use hr and breathing rate as the primary metrics while watching power.

For hard days, maximize power over ALL of the intervals and watch for hr response and RPE to line up with the effort.

Simple in theory, the challenge is in the execution!

As for needing a plan, if one is inclined to evaluate their goals, current situation, and an idea/plan of how to go about progressing. Then no, a tr plan isn’t NEEDED. I have found enough free content on training principles to increase my understanding and comfort taking control of my training. If one isn’t interested, then a tr plan or plan from some other business would be better.

Hope you heal up fast.

For #2 - just curious if you’ve done something like a SSB LV or one of the LV builds and only did two of the planned workouts but substituted aerobic endurance rides? If you have, how would you compare to the TR POL?

For #6b - What kind of build or follow up to HV POL does TR recommend? Or do you have to pick or design your own progression? I think if TR can handle the long-term progression / periodization that includes as part or all a POL plan people would be interested in that

Hope you heal up fast.

For #2 - just curious if you’ve done something like a SSB LV or one of the LV builds and only did two of the planned workouts but substituted aerobic endurance rides? If you have, how would you compare to the TR POL?

I have done SSB base at MV and once at HV a few times. Never completed SSB build though.
POL is definitely easier and more manageable. I could have gone harder on the VO2 workouts but the Threshold, whilst manageable was perhaps a bit too tough.

I think for building FTP then SSB is probably the way to go. However for a longer term plan and general training format I really like POL as you only work hard a couple of times a week. Therefore it is certainly easier on the body than the SSB MV plans.

I also think that POL could offer better long term gains. No evidence personally though.

Wish you full recovery John. I enjoyed the blog posts. Can’t wait to read about your training once you hop back on bike.

Hope you heal up quickly!

Not sure I agree with that in general and here is why… I’ve heard Polarized described by at least one coach as a simplified way to develop aerobic endurance and capacity. I’m of the same opinion. I’ve not heard one coach advocate throwing out a periodized season in favor of going pure polarized. I guess repeating the TR polarized plan over and over might make sense if the long-term goal is establishing a stronger aerobic engine.

However I think you can build a stronger aerobic engine (aerobic endurance and capacity) while following a more traditional progressive and periodized approach. Its a stretch to do that on 5 hours/week, but anyone that wants to invest 6-10 hours/week can simply prioritize more aerobic endurance work during each week. Doing that will result in a Pyramidal “PYR” intensity distribution. However the goal isn’t POL vs PYR, the goal is progressively developing capabilities over the course of a season. A simplified way of accomplishing that is to follow a TR LV base/build/specialty path, drop one workout, and adding 3 days of aerobic endurance. Older or newer? Knock down some of the interval work. Or buy off-the-shelf plans that have already designed that in and were designed to be either done inside or outside (and focused on outdoors on the weekends). On the TP store those plans are a one time expense (back to your main point of item 6). Or hire a coach.

I also think that POL could offer better long term gains. No evidence personally though.

See my point above, there are well thought out plans available from other well known and respected coaches. They are designed around the idea of always doing zone 2 / aerobic endurance, while periodizing and progressing. They are far more interesting and fun IMHO.

after talking to some friends and listening to this stephen seiler’s ted talk, I was wondering if trying the polarized plans would be a good option.

has anyone tried them? has your ftp improved? did you see improvements when riding outdoors?..i know it sounds kind of stupid, but I fear that too much low intensity training will leave me a “low intensity rider”

, with lower power output and few capacity to dig deep and push hard both indoors and outdoors
it would be great if you could share your experience! 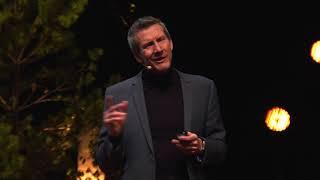 How "normal people" can train like the worlds best edurance athletes

In this talk, Dr Seiler explains in words and pictures how modern exercise physiology laboratories reveal the body’s remarkable capacity for adaptation. He also tells us about the “laboratories” developed by athletes and coaches since the start of...

For me it was completly opposite of what you are afraid of. My sprint sucked before polarised and after polarized it still does, but I’m not targeting it at all. I’m training for sustained climbing somewhere between 4-60mins. (Local hillclimbing competition, best times on selected strava segments) After doing polarised my 1-10min power improved much more than before when I rode around sweet spot, my endurance improved too, but 10-60min power increased the least. I’m guessing its because of lower fatigue thanks to lot of Z2, and then I could really dig deep and finish intervals at upper end of target zone, sometimes even add repeats. All in all, after doing polarised I have my best fitness ever, and breaking power records all over the curve month after month. And I’m fairly trained, this is 3rd year with some structure and even before I was riding regularly since I got my first bike with training wheels.

@Guille I moved your post into an existing thread with related discussion.

Really?
I’m interested in pretty much the same thing as you: increasing my climbing habilities, so your post is really helpful!
I don’t compete or anything but I really enjoy giving everything during my outdoor weekend ride with my friends; and local climbs are the place where we really push it hard.
Awesome! I’m starting to think that it can be a good option
Thanks!

Tell us which plan you were on

Interesting, glad you’re seeing results. Longer term I’d be interested to know if you plateau with polarised, or how much of your gains are from training novelty.

After a winter of polarised, I switched to pyramidal training. Polarised got me where I needed to be for racing after a long break, and with some long and low rides I’m more efficient in Z1 & Z2. I’m finding that pyramidal style training hasn’t given me power gains as much. On the flip side, repeatability, and endurance are better.

I based it on 8 week high volume, but customized it because I wanted something longer, and I stopped riding at trainer, so it was mix of this and garmin TT training plan. In the end it was 7 weeks base, 8 weeks build and 6 weeks specialty. Then it was my race day and now im repeating build. Still getting improvements.

So not a TR Pol plan?

Customized TR plan I would say, but I only stretched it and added volume based on my understanding from podcasts and other resources. So I’m fairly confident the goal and methods of getting there werent changed, just volume and time span.

I used the polarized plan without AT for two cycles of the plan. After that my progression levels looked like:

After I got into AT I used plan builder to make a plan and then, per @IvyAudrain, swapped the base phase for polarized. Now, after a couple of weeks, my progression levels look like:

Might help to know if you did all rides that were included in AT (inside rides and Garmin outside ones that fully count). Not to mention what your practice of accepting or rejecting adaptations was in the process.

I had a few outside rides that didn’t get counted but I did all of the prescribed rides indoors. When I got adaptation suggestions I blindly accepted them to see what would happen. It appears the the adaptations don’t keep the character of the plan (polarized). They just seem to crank every category up and down…

YEP Chad’s advice is correct, and its important to keep in mind that while Adaptive Training is still in beta, the adaptations you are experiencing on a POL plan (or ina POL block) are not guaranteed to follow a polarized framework. These plans are still in their experimental phase and as such, we simply haven’t built for that edge case yet.

It would be worth getting in touch with support@trainerroad.com so they can check those adaptations out, and we can start documenting how the beta athletes are experiencing POL + AT to help improve it! Thanks in advance.

Quick update on this, it looks like if an athlete swaps out a block for a polarized block, then they will get polarized workouts adapted! If you have swapped out a custom block with the method pictured below, the adaptations you are experiencing at this moment are not guaranteed to follow a polarized framework. These plans are still in their experimental phase and as such, we simply haven’t built for that edge case yet. If you don’t mind the changes, then you are all set! If you want to maint…

After my A event in January, I did Traditional Base MV, Polarized Base MV, and and now working my way through Polarized Build MV. Even though I haven’t been able to do as many long aerobic rides as I would have liked (in and out of lockdown several times this year), my FTP has gone from 255 in January to 280 (this is after about 3 years of structured training). Judging from how comfortable 16 min threshold intervals are feeling, I think I am due another FTP bump when I retest.

Due to just 2 intensity days, I have been able to also build up my running to 40k/25 miles per week while doing MV POL.