Know of Better Scooper for Pouring Energy Mix into Bottles?

Thanks to the snooze button it’s 5 a.m. and you’re already 30 minutes late starting your morning endurance ride during the only time that doesn’t conflict with other things in a normal life…

You don’t pre-mix your drinks the night before because it’s not your thing and you are trying to scoop up your mix into bottles. You are freaking out about all the mix that’s dusting the outside of the bottle, not to mention the mix that’s getting on your hands as you reach into the bag for that umpteenth scoop - am I on the sixth scoop or the seventh scoop?

Anybody have any suggestions for an after-market scoop with a super long handle that has a duck-mouth or tapered side that can easily pour the mix into a bottle? There’s got to be a better way.

Something like this is the general idea, although a bigger spout would be better: 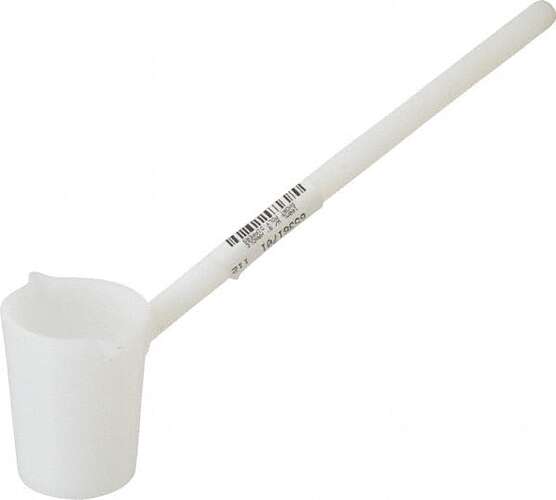 Just use a funnel. Game changer.

There even are collapsible funnels that take up less place

Ahh, yes, funnel seems to be a great idea!

I’ve been spoiled in using single serving satchels which are perfect in many ways, but want to use more of stuff that only comes in bags.

I already store my protein powders in plastic containers, so maybe another plastic container for energy mixes would be the ticket. Would have enough room to have the original stock scooper to fine tune amounts and another large scooper, along with a funnel.

I recently realized how much waste was going into my mixes by incomplete mixing in bottle followed by settling. Also, just a guess, the transfer into my GI I probably being slowed by CHO and electrolyte not fully in solution…

So, the dork that I am, I bought a mixing plate and 1000ml and 2000ml griffin beakers. Easy to mix enough for two big bottle while you get ready, everything is fully in solution prior to riding and so far I think it has allowed me to get better fueling and hydration on rides. YMMV.

Hot dog! A mixing plate! Now that is something to think about, as I’ve also had clumps in bottles and hydration bladders.

the sis scoop is similar in size with long handle

I store my powder in a large mouthed storage jar which makes scooping even with a regular scoop much easier than dealing with a bag.

For the past few years I’ve mostly been using Nuun which is just a tablet but back when I was using powdered drink mix for every single ride, I premixed in a 2 gallon drink dispenser with a spigot and kept that in the basement fridge.

I 3D printed a funnel to cut down on the mess and will 3D print some custom size scoops with extra long handle once I get around to designing them. Love this technology!

I’ve actually found the Tailwind scoop works great for bottles. CamelBak podium and specialized purist at least. The flow formula one is too big and spills all over. Its actually something that went into my consideration to use tailwind versus flow formulas.

Honestly, this should be something the manufacturers should get right.