from these numbers AND how it felt, i am going to put my LT1 at between 215- 220, but have this as the upper level of endurance riding. we tested via finger prick and tried to keep things as clean as possible in non lab settings.

any input into our findings would be appreciated.

Looks like LT1 is around 190-200 to my untrained eye, and it may help to start a little lower and maybe do 10 minute steps.

@DarthShivious has been doing this for years, and would have some feedback

I am absolutely no expert but Alan Couzens (who knows a bit about this sort of stuff) says once lactate start to rise it doesn’t go down so taking that into account knocking off the potentially suspect readings you get this. 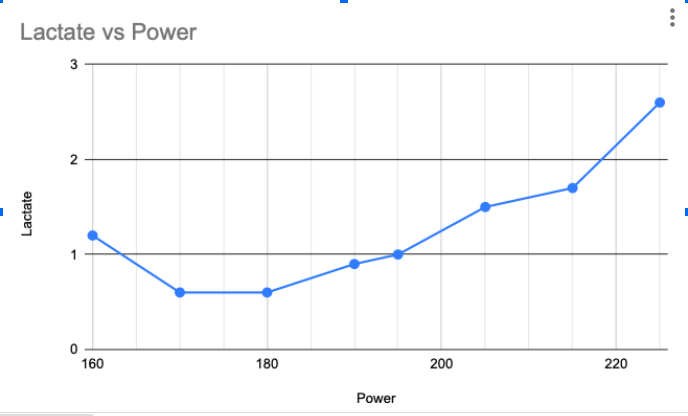 He also says that the Aerobic Threshold as he defines it is the point at the first inflection from base line ie @180Watts Zone 2 in his world is a working power range above that say 25/30W giving you the top of Zone2 at 205/210W. Hope this helps

Quite some scatter, it’s difficult to make out a baseline. Is baseline ~0.6mmol or 0.9 mmol? Is 205W a false measurement? Contaminated test strip?

I got myself a lactate meter to remove this uncertainty. Little did I know.

There is definitely some errors in the test. Would like to see it redone with 10m steps, taking the lactate in the last minute.
How are you taking the lactate? Make sure your squeezing out a drop, wiping it off and then testing from the second drop. Also be very careful to not contaminate the strips, seems like there is definitely some of that going on.
Looking at it I would put lt1 at 180w but it’s very hard to be sure with that much noise.

cheers guys. its obviously a learning curve in terms of taking the tests and the protocols. also where this break out point occurs. i’ve read, 2mmol, 1 mmol above base, and various others. the protocol was taken from Tom bell’s 6 min step advice. yes we were doing the 2nd drop to test and keeping the site as clean and dry as possible. i’d say it might take a refinement in process to have confidence. 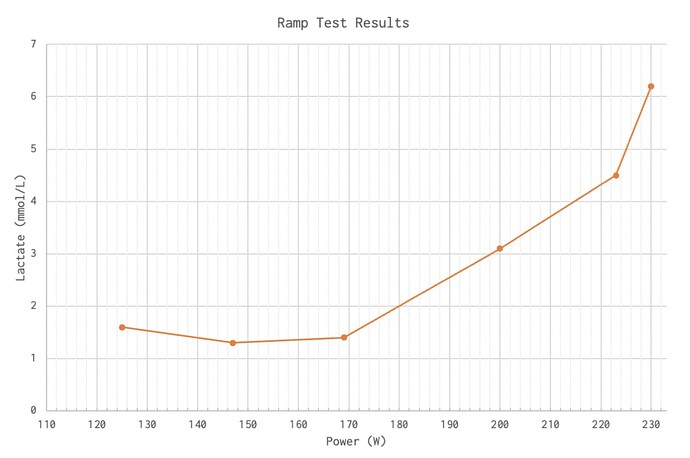 “In the graph above, lactate levels begin at a fairly typical level. We can see inflection points at around 169W and 223W, suggesting LT1 and LT2 may sit around these wattages, although as noted previously, the ramp test is not an accurate method for determining these thresholds.”

Your first inflection is at 190W - where it rises from 0.6 to 0.9 - and based on all I’ve read including HighNorth that what ballpark LT1 around 180 or 180-190. Disclaimers - I’ve never tested with lactate, just an average Joe trained as engineer with strong math background.

wattage at actual breakpoint or up to 0.3mmol above baseline. 2mmol as a fixed value is really outdated for over 30 years now. 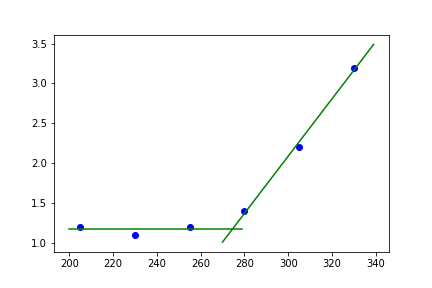 ok, so trying to understand a little further.
when i 1st got the meter, i tried it out on the sofa, before eating dinner, and got 1.8mmol. so in my test, 160watts gave 1.2mmol. should i have measured lactate at rest before the test? does “from base” refer to at rest, or the lowest point measured.?
i’m also assuming that the lowering of values from 1.2 to 0.6 is a factor of lactate being metabolised and drawn from the blood, before being used up and then the work rate increases and further lactate results, which shows up in the test

Always start testing after a proper warm up. Otherwise the first datapoints may be elevated. I always ride at least for 30min before i test. Took this advice from evil Dr. Ferrari

Sryke has it correct as usual. To reiterate some points of testing:

7). Don’t squeeze or massage to get a good drop. Get a bigger lancet.

An aside from testing others. Some guys bleed like crazy and others clot fast. I keep a couple different size lancets on hand (always single use). If testing others, particularly older folks, ask if they are taking anticoagulants or aspirin (blood thinners - which is a misnomer but a common one).

Wear gloves if testing others.

So what of the test data in question:

I use the LT1 definition as 1mMol increase from baseline. The baseline is fluctuating 0.6 - 0.9 but that doesn’t bother me. The 205w reading looks like an error. If it was correct, then 210w should be in the same range. I’m inclined to put your LT1 at between 200 and 210 watts. ISM has occasionally suggested it is better to be lower than higher when looking to pin down Zone 2 work. Being off by 5-10w wouldn’t be troubling to me.

Suggest training another 3-4 months, come back and repeat (*). Assume you are trying to push LT1 closer to Threshold (MLSS)? If, so, accumulating time at +/- LT1, along with some tempo and some threshold should show results. “Some” is obviously not a training prescription

(*) Since you have the new meter, you probably won’t wait that long so we’ll look forward to another test posting fairly soon.

FWIW, it took me several tests to really nail down how to conduct them and to get good results. Except for that one data point you have that looks odd; a nice job!!! As you test more, you’ll get a good feel for when something looks off and will develop a feel for when to do another stick and test strip.

@DarthShivious thanks very much for your reply in such detail. you’ve offered lots of hard learned advice there. the 1mmol above base is what i’ll reference.
certainly 200- 210 watts feels right on the road, and last weeks 3 hr ride at a steady 220 watts was just on the other side of that, despite only seeing the heart drift slightly in the last 45 mins.

i will report back!

These are great tips!

For reference, we have a thread on the forum where several home testers have contributed their results and tips. Link below. I’m due to run an end of season test myself and have just been lazy about it.

Edit: Anyone with lactate data that wants to share or discuss is welcome to post in this thread!!! Most of you know what MLSS testing is so won’t clutter with details here. For those not familiar, FasCat Training has a nice post on the topic and web search will turn up numerous articles on the topic. Background: Myself and several buddies are gearing up for “serious” runs at 40km TT PRs and/or USA Masters National and/or the New Jersey Time Trial Series in 2019. All master’s age athletes age…

I found the tweet from AC about where his Z2 is. On another thread ISM agrees that that is basically his Z2 in the absence of a met cart test. 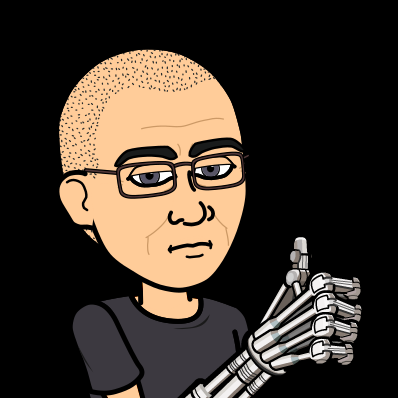 @Alan_Couzens
Since zone conversations can quickly go off the rails due to differences in definitions, here's what I mean when I say "Zone 2": The zone immediately above the first inflection in the lactate curve. How wide is it? Wide enough to be a practical zone ~10-15bpm ~20-30W ~30s/k https://t.co/FNaoJ8jxgG 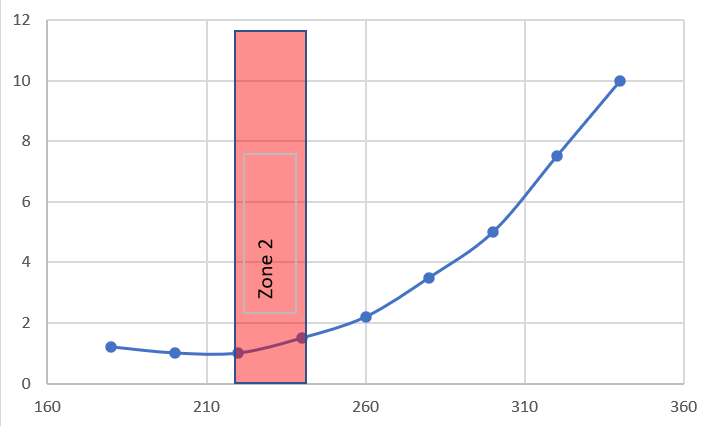 When you are doing lactate ramp test, which HR are you using? Max HR in ramp step, or avg?
If the step is just 6min then using avg is probably too low or?

For HR, I’ll wait for HR to reach steady state during a step and then take an average over a minute or two from there. So if a six minute step, HR might be an average of minutes 4 and 5.

You can visually inspect the HR trace for each step and get a useful value easily.

But, particularly for home testers getting on and off the bike to sample, you’ll see HR drop very quickly when you hop off to take the sample. So have to let HR come back up to steady state for the next stage and not just take averages for the whole step.

On Edit: Here is an example. Can see how quickly HR drops when the effort is paused to hop off and take a sample.

my heart rate is usually just creeping up a few beats each step. i just take note of it in the final 30 secs as a guide.