Any Type 1 Diabetics in here?

I’m curious if there are any type 1 diabetics in here and if you want to share your nutrition strategy for rides over an hour.

I use a Dexcom and am on multi-daily injections. I didn’t like using the pump for various reasons. I like to try and keep my blood sugar between 110 mg/dl (6.1 mmol) and 150 mg/dl (8.3 mmol). If I go much higher than that, I just don’t feel that good.

All of my nutrition on the bike is based on eating enough gels, or not eating and maybe giving myself some insulin to stay in that range. I found that for most rides less than an hour I can keep it steady without any gels. If it’s much longer, I start using up gel packs. If I am doing some really hard climbs or sprints my blood sugar levels will go up and I will need a little insulin to shuttle that glucose into the muscles and out of my blood stream.

I know a lot of “normal” riders will “carb up” so they have plenty of fuel. I’m wondering if other Type 1’s do that and how you make that work without spiking your blood sugar levels.

I would love to connect with some other type 1 riders and see how they handle it. I would REALLY love it if the TrainerRoad podcast was able to get some of the riders from Team Novo Nordisc on the podcast to talk frankly about blood sugar levels and how they manage it for such long periods of time on the bike. 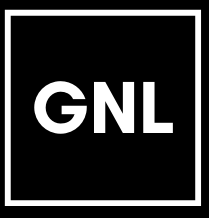 Why write this blog? I am a male with type 1 diabetes which means my children's chance of getting type 1 jumps from 0.3% to 3.0%. This means Grace and Jude's risk is ten times higher because of my genes. The odds are stacked in their favour; however,...

They said it’s one of the best resources they’d found as it took into account different intensity durations and all the pumps/sensors etc and helped them get a handle on the effects of training and how to fuel and adjust. Hope it helps in some way as the person I know doesn’t let their type 1 get in the way of them doing anything - and I hope it doesn’t for you.

That’s awesome! I look forward to reading that. Thank you!

…the person I know doesn’t let their type 1 get in the way of them doing anything - and I hope it doesn’t for you.

Not one bit. If anything it might be a little chip on my shoulder that give me more fuel!

I try not to micro adjust when out riding, reducing my long and short acting before riding, so start the ride slightly high and let it come down, it’s a difficult balancing act between controlling sugar levels and eating enough to ride (like what a normal would do)

Diabetic Athlete book helped me a few years back, but can’t rememmber actually how good it was

Over an hour, I dont tend to do anything unless my blood starts to drop (using my CGM), in which case I might usually take 20g of carbs or possibly 40g.

If im on a long ride (from 2 up to 7/8 hours), I reduce my basal insulin by 25% and then take on 60-80 g of carbs an hour without any bolus. At a cafe stop ill take a half bolus for meals and ill just adjust on the road using my CGM which streams to the garmin.

Its tricky and as type 1 diabetes is a royal pain in the ass at the best of times, the same thing never works every time even if the conditions are exactly the same, but I have to say, the pump and CGM are invaluable to me as a cyclist.

I was diagnosed with the type 2 recently

Just out of curiosity, do you not use a pump bc you don’t have access to one or don’t like it? They’re far from fool proof, but they seem to take out a lot of guesswork?

T1 since 17 years from Germany here. I’ve been riding bikes for about 10 years now. It has become a vital part of my therapy because I realized that endurance sports and dropping weight makes controlling blood sugar levels easier.

I also raced for a couple of seasons but soon realized that during racing and afterwards controlling blood sugar levels is very difficult. Not only because the stress levels are really hight but also because you cannot adjust the pace to the level of your blood glucose. I stopped racing because I felt like it isn’t worth it. I am not saying that it isn’t possible to race with T1 but for me personally it was too much effort to arrange racing with T1.

I use the latest generation of Medtronic Minimed pumps and have to say that the ‘hybrid loop’ system of newer generation pumps has been the biggest advancement for my blood sugar control ever. Especially during sleeping I suffer much less from hypoglycemia and I wake up most mornings with near perfect blood glucose. With the minimed mobile app I can connect my smartphone with my pump via bluetooth LE and can display alerts on my garmin Edge which is really neat. It doesn’t work perfectly all the time but it has been a big advancement to previous generations of insulin pumps.

For riding I generally reduce insulin to zero percent about 2 hours in advance. During riding I micro dose insulin depending on intensity, duration and the levels of my blood sugar. Like already said in this thread it is a continuous balancing act between injections, eating and the way you ride.

For riding I generally reduce insulin to zero percent about 2 hours in advance. During riding I micro dose insulin depending on intensity, duration and the levels of my blood sugar. Like already said in this thread it is a continuous balancing act between injections, eating and the way you ride.

Did you find it was harder to control your BS while riding/racing or after? I feel like Ive got my pre-race meal and on the bike nutrition fairly dialed, but after a race, its a complete free-for-all in my kitchen. I literally dont feel full for hours after a race. Im not Diabetic, but I kinda want to track my sugar throughout a race day just to see where it goes.

Ive gatta give all you with Diabetes that ride and race a huge kudos! Im a doctor that doesnt directly manage diabetes, but rather the shit-storm that comes from complete blood glucose neglect. Its refreshing to see the other end of the spectrum!

Thanks for the kudos! As a non-diabetic I dont think you can take away much useful Information from our special cases. To keep my BS in control I usually have to check my pump fairly often to see where my BS is at and where it’s going. During racing this is much more difficult Because I have to Focus on the race and taking out your pump in the Pack is dangerous. Also I was so afraid of hypoglycemia that I generally was very cautious which LED to having quite high BS in races. Sometimes up to 400 mg/dl. Consequently racing as a whole was very stressful for me physically and mentally.

After the races the intense efforts still had a Lot of impact on my BS. But Because I could Check my pump regularily again it wasnt as problematic as during racing.

So to answer your question… It was mostly about the racing itself which made it difficult for me.

Also I was so afraid of hypoglycemia that I generally was very cautious which LED to having quite high BS in races. Sometimes up to 400 mg/dl. Consequently racing as a whole was very stressful for me physically and mentally.

The good thing is you seem to have a grasp on what you needed. I obviously wouldnt encourage anyone to live at 400, but id take that over 40 any day… Its trivial to get it down from 400, its life saving to get it up from 40.

Last summer I was out on a solo mtb ride and saw a dude sitting on the side of the trail just rocking back and forth. truthfully, he looked high, which isnt really out of the realm of possibility on some of the trails here. Part of me said to get the hell outa there, something in me said to check on this dude. Was clearly hypoglycemic. Gave him a gel and the rest of my mix and he was literally back to normal in a few minutes. In that heat, id be willing to bet he maybe had another 20-30 minutes left in him…

Diabetic Athlete book helped me a few years back, but can’t rememmber actually how good it was

T2 here. Do you have the name of book/author? Thanks in advance.

I will just say that I read it nearly 8 years ago, but it was recommend by Care Team, but I just looked at my Amazon history and this is what I found