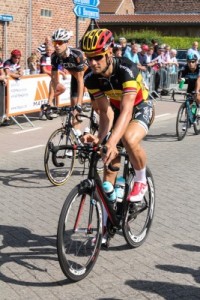 Over the years I’ve grown increasingly averse to claims of certainty and so-called inarguable truths that beset exercise physiology in general, endurance sports physiology in particular. And I’ve always been deeply suspect of any athlete or coach who touts categorical certainty when informing others of “the right way” or “the best workout for…” or “the proper technique” without acknowledging at least a possibility that another, equally effective or better way, workout or technique might exist. This all-knowingness benefits no one, and it sets the stage for close-minded experimentation – if there’s any experimentation at all – and rigid approaches to both training and coaching. And what’s truly ghastly is watching staunch proponents of a dying school of thought come to terms with emerging science or evidence that now refutes old theories, because many athletes & coaches hold tightly to those ideas with which they’re familiar, those methods that have served them, to varying degrees, well over the years. And it’s certainly not an easy thing to come right out and admit that not only were you wrong, but you were wrong for a long time.

Here’s an easy example. How long has it taken exercise professionals & enthusiasts to recognize the true nature of lactic acid/lactate and the surrounding misconceptions? I dare to guess a couple decades because the science that’s now becoming widely accepted has been around for quite some time. But it hasn’t always been popular and therefore took a baffling period of time to gain the traction that it would have achieved years ago if we’d seen a few Gatorade commercials dispelling the muscle-burn, exercise-limiting myth we’ve clung to for so long.

Why are we so loath to question the misrepresented fundamentals & importance of hydration and the methods we use to address avoiding a 2% decrease in Total Body Water? And why don’t we really question the all-important electrolyte balance that we dare not disrupt for fear of cramping or sweating out necessary nutrients? Why are we so reluctant to contemplate protein’s potential benefits in endurance-related training & racing? Each of these hot topics has arguments stacked high on both sides yet we still have those “experts” who refuse to acknowledge that there might be some wiggle room, some cases or even full-fledged research studies that fly in the face of these hard-set laws of endurance sports science.

But I’m not here to editorialize, rather I just want to plant a healthy seed of doubt in your brain. One that grows a little bit each time an ‘expert’ nourishes it with dogmatic declarations he picked up from a book or magazine most likely written by another ‘expert’ who culled these nuggets of wisdom from a PubMed abstract that was directly refuted by another PubMed abstract? These ARE the times we live in. The information is out there and it’s not hard to track down strong arguments for both sides of nearly any issue.

And please don’t misinterpret my tone because I can’t help but cherish those open-minded, diligent researchers and sports scientists who boldly propose their theories and work hard to upend them thereby keeping them alive until they can be disproven. THAT is the true nature of the scientific process, and those are the experts in whom we can put our faith while we personally put their theories to our own tests.

And here I’ve finally arrived at my point. There are no hard, fast rules. Time and again we’re reminded of successful athletes’ achievements and the methods they employed to ascend to their relative levels of success, but we’re also faced with the possibility that what may have worked for them may not work for us.

Remember Fernando Escartin? He was nicknamed “The Crab” due to his labored, aggressive climbing style that gave viewers the sense he was angry at his bike or his body and sought to punish them both, but he won a stage of the Tour de France climbing like that!

What if he’d succumbed to the copious criticism & advice that told him how poor his climbing form was and how he could ‘correct’ it? Could it be that he had some musculoskeletal abnormality that forced him to climb like that? Perhaps that was how he found the rhythm that forced other climbers to come unhitched, one by one, as he rode them off his wheel and to a stage victory?

How about Tom Boonen and his “deplorable” pedal action? I remember watching Tornado Tom solo to victory at last year’s Paris-Roubaix by dropping his heels during every seated pedalstroke he made over the course of his 50km, solo break where he didn’t just hold his lead but GREW it!

Could Tom have gone even faster by keeping his heel slightly lifted as he pulled across the bottom of his pedalstroke or could it be that Tom had figured out what works best for Tom!?

My point is, again…there’s always wiggle room. Be it the smallest of issues relating to how you hold your handlebars to the more performance impacting methods used daily to grow your FTP, there is no ONE right way, no ONE best workout, no ONE proper technique. Use the information you have to make informed decisions, and never accept things simply because a trusted, well-meaning expert-in-the-field says so.