Hi team, I’m heading to the US from the UK for a two week holiday in Jul/Aug and I thought it would be cool to tie in a sportive whilst I’m in CA - after a little research I found Tour de Big Bear and signed myself up to the 70 mile ‘Grand Tour’ which I’m treating as my A ‘race’.

Here are some key details: 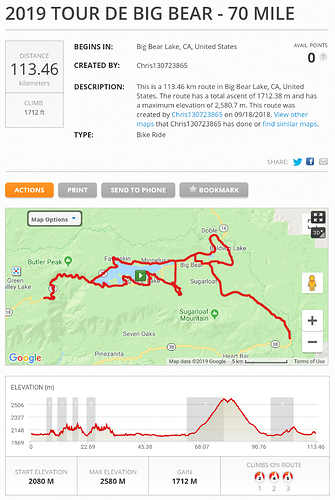 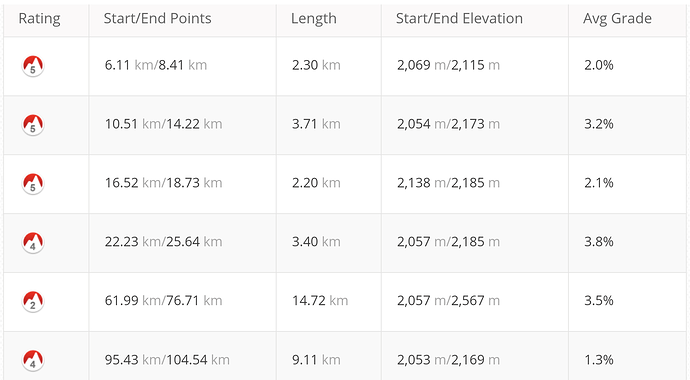 I’m relatively new to cycling (2 years with a road bike that I bought for work commute, caught the bug and have a year of structured training under my belt - first sportive back in Nov '19). By the time I can get back on the bike after a minor hamstring strain I’ll have 21 weeks before my flight which is 1 week short of what I’d need to do Base / Build / Specialty plans back to back.

So, my questions are:

1. Altitude acclimatisation: I’ll be based in San Diego, maybe LA, and will arrive in Big Bear the day before. Will the altitude smash me to bits and is one day enough time to get used to it? Ideally I’ll not be in Big

for too long as I want to explore other areas like Sequoia etc.

2. Which plans should I go for - I’m thinking ramp test and last 5 weeks of sweet spot base (low vol. II) // then low vol. sustained power build // then low vol. century specialty. Any thoughts/suggestions on that? I thought the climbing specialty might suit too?

3. Has anyone done Tour de Big

4. Ride partners? I’m travelling with my Fiancé who isn’t a cyclist, is anyone else planning on riding it solo that would like to meet up?

5. Should I do all of the above plans above back to back? Would it be wise to insert a week of rest between each and cut each short a bit? If so, shall I cut off the end or beginning week?

It sounds like a fantastic idea and you are lucky your fiancee is supportive of you.

Elevation impact is an unknown and as you will not have the opportunity to acclimatise then not mmuch you can do about it in advance.

The average grade of each section is not too onerous and you could easily find 5000’ of climbing in the UK unless you live in Norfolk or other very flat area. I think the century plan is a good call but I am not sure about sustained power build unless you are thinking of competing on the climbs rather than getting through them. There was a suggestion that the century plan should/would be renamed to Gran Fondo anyway.

Hey John, thanks for the feedback.

Good point re buddying up, that’s a better way to look at it.

Re elevation, I could go up to the Big Bear region a day earlier (so two days before) but I didn’t want to devote too much time to it if the extra day is not going to help much with acclimatisation. I don’t know how much time at altitude helps in the short term.

Yes I head out to the Kent hills most Sundays, there’s easily enough elevation to keep me occupied. What build plan would you suggest instead? General?

I think General should suit what you are doing.