Howdy folks, just did my first outdoor ride with my Powertap P1s, and had a couple questions.
My power was way more variable from moment to moment than indoor rides. I get that some of that is due to terrain and grade, but it’s so wildly spikey, I wondered if something fishy is going on?

Also, I was hitting and holding numbers that would normally wreck me on the trainer, but my RPE was totally manageable. I know there has been discussion on this topic here before, but haven’t really seen satisfying explanations of a 40- or 50-watt discrepancy. Any theories?
Attached are a photo from today’s ride, and below it a typical indoor ride. 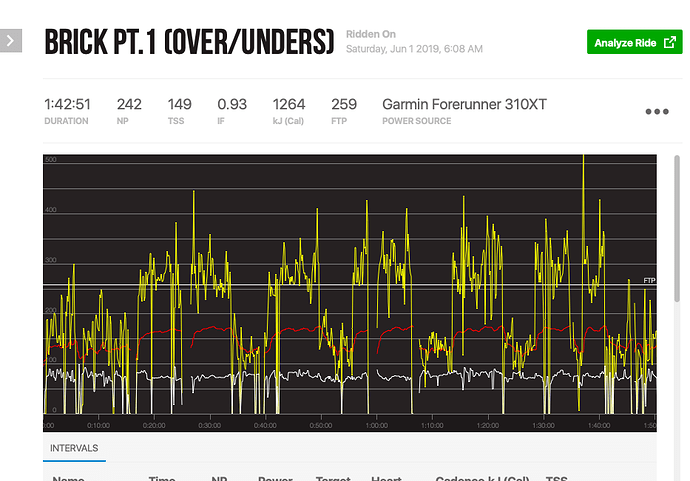 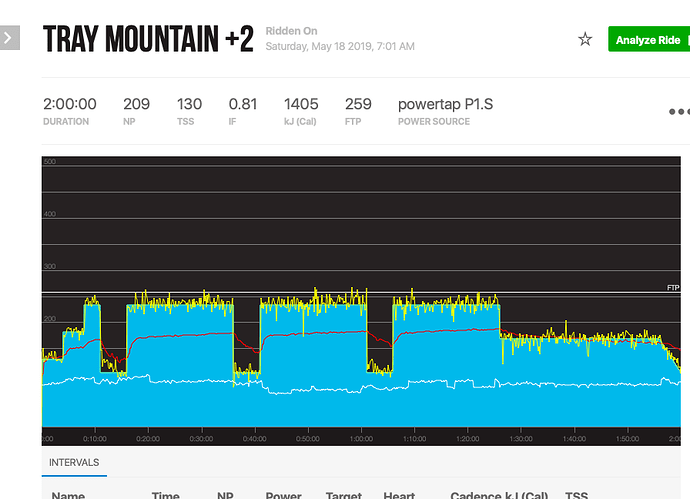 Looks normal to me. Have a look at your smoothing/averaging on your head unit. I usually use 3 second but you may prefer or need longer.

Yup. Looks normal to me. Especially for your first ride outdoors. Now, if you’ve tracked power with another power meter outdoors and it’s been more smooth, then that’s something I’d look in to.

Also, for power discrepancy between indoor and outdoor. maybe if you ride ERG mode ? And the power isn’t matched correctly. But when it’s just the P1’s recording data there’s a few things.
For sustained effort like sweet spot and over unders especially. You have to really have your cooling dialed. Because you build up so much heat in sustained effort that has to be off loaded. Preferably <70 degrees. And 2 excellent fans. And excellent angles on your body to maximize the surface area they’re hitting (generally from a 25-45 degree angle.

After that a lot of it is the psychology of indoor versus outdoor. Distraction versus none. Which some people are more susceptible too.

Just to come back to you on this a little further… here’s two ride segments… the first an outdoor 8km climb where I was trying to pace myself and the second is a roughly similar amount of time taken from baxter today done on rollers so no smart anything involved. Same bike, tyres, power source, etc. So basically what Im hoping to illustrate to you is to expect a peakier graph from your outdoor rides… Its not really something to worry about.