Overly simple, a new “regular” Shimano 12-speed HG-type cassette (not the microspline) should fit on the existing/stock freehub. But, as Shane found in his H4 review, the freehub maker they chose made them in an incompatible way with bad tolerances. Some handy work with a file might get you there with the stock H3 FH, but it sounds like it’s not plug & play like it should be.

Yes, Saris has offered and XD/XDR freehub for many years. Despite that, I have seen them mention on more than one occasion that even with that FH, the trainer is not 12-s compatible. Presumably that would imply they designed it to work with the XD/XDR that were 11 speed, in that time before Eagle on MTB in particular (and whatever on the road side that I didn’t follow as much, but maybe the Apex 1x?).

To the general 12 speed compatibility on the trainer, people have reported decent function until you get to the largest cog (lowest gear) as you get the derailleur close to the trainer frame. If I heard right, they altered the axle mounts on the H4 and shifted the mount points over 3mm or so, to provide clearance. Presumably that might be just new end caps, but I am guessing at that.

I can vouch that I’m running my 12 speed Rival AXS…Although it does feel like I have some clicking (drivetrain or H3) which could be because of mis-alignment with the 12spd drivetrain. Its frustrating but at the same time it does work. Its just annoyingly clicky. WIsh I had a better answer but thats my reality.

What exact cassette and freehub are you using on the trainer for this?

I use my MTB and have the Eagle 12 speed NX cassette on mine (uses the Shimano hub). Works best in Erg mode.

if they are sending a belt kit it comes with 3 needed wrenches 1/8 allen and T30 , whereas a single 5 mil allen would have sufficed, along with a 5 mil allen.

Great to hear I won’t have to buy a bunch of tools, they are sending a “new belt replacement”

Does anyone know if there is newer discount code for the H3? The previous code CSDEALDJ-50 is no longer active.

The only deal I know about it now is on Amazon for $519. Which isn’t as good as $400, but better than a lot of other trainer deals currently.

I’ve just bought a Saris H3 and have a bike with an 8 speed 11-34t cassette. I’ll be buying a separate cassette to stay permanently on the Saris but can someone help me out and let me know what I need to get please:

Posted a while ago about my belt wearing, must have been misaligned from new. Saris sent a replacement belt kit which includes the tools as the first 2 steps requires a 5mm hex, a 1/8 hex and a t-30. To take the side panel off you need to remove 2 t30 bolts and 5 1/8 hex bolts, these 1/8 bolts all have loc-tite applied and are torqued down very hard, 3 of them stripped so I’m stuck with 3 of 7 bolts stuck and stripped preventing me from changing the belt…

Just get a reverse-thread bolt extractor and you should be able to remove them. 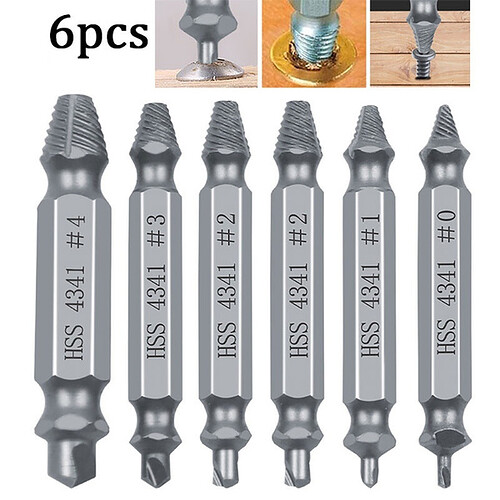 Yeah going to have to get something like that, just an annoyance, wanted to get the belt replaced tonight and now won’t be able to get it done until I can pick one of these sets up tomorrow, gonna have to make sure I get one small enough to fit the 1/8" hex head…
Seems like poor assembly to loctite such small bolts in and over torque them if all they do is hold the panel on.

Been using an H3 for about 2 months now…been pretty good except for a few ERG mode issues here and there. One thing I have noticed is that in longer workouts, 60 min plus, I start to get a bit of a whine when in the big ring and smaller half of the cassette…anyone else?

I hope you guys can help. Bought a Saris H3 a few weeks ago and it is a very nice and solid unit overall. Only problem I have is that it is impossible to update the Firmware.

I can connect via Bluetooth to the H3, I can do calibrations and use the trainer with Trainerroad or zwift. No problem at all.
But as soon as I tried to start the Firmware update the Saris app seems to freeze. Only message on the phone is"erasing page 1 of 130". No changes for over an hour…

I tried already with several android and apple phones, deleting the app and reinstalling but no way to update the H3.
I also contacted the Saris Support but they are not the fastest and the only suggestion was to reinstall the app. A little bit disappointing…

Would be great if you have some ideas!

I bought one a few months ago and had no issues with updating the firmware with the Saris app. Did you make sure zwift and TR werent running in the background while you tried to update? I used my S 22 Ultra.

Yes, I also turned off the computer and carried the h3 to another room to make sure there is no connection issue.
The Saris is also showing the correct LED colors but no luck with the update…

Not the answer you want, but if you are on one of the later FW versions, there is not much need to be on the “latest” one. 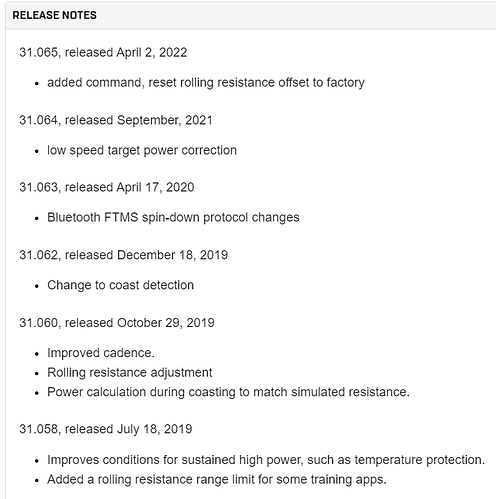 Unfortunately it is the 31.058 firmware build. The production date is end of 2021 if I understand the serial number sticker on the H3 correctly.