Lock into old pricing for one week

Yes, as long as you don’t miss the annual payment each year.

And as long as Nate stays as CEO

shit time to pay then lol

Might be surprised by the amount that sign up for a voluntary price bump. I doubt many of us grandfathered in years ago wouldn’t begrudge a voluntary extra few dollars a year to show appreciation of the mass of work thats gone in to the product over the years, I mean, pretty much everything goes up each year.

Seen this earlier today, puts into perspective what potential a good podcast has, just imagine if the TrainerRoad one started throwing in adverts and sponsors etc, surely the lack of that is worth a few dollars alone. 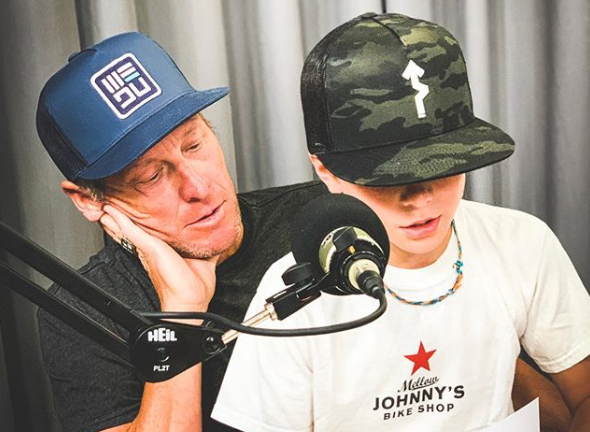 Lance Armstrong earnings from podcast during Tour de France. Banned former cyclist is making money via several avenues based on his podcast

Very true, but my take on the TR podcast is that it serves 2 primary purposes:

Conversion rates on advertising are hard to track in many cases, and I have no idea what TR sees in this regard. Guessing a bit, but I think that the expansion in the podcast (around 1 hour in the beginning, to nearly 2 hours in most cases now) is a reflection that they see benefit from the growth. Some of that must be from increased memberships, and maybe the other part is the sharing and education part. Either way or however that is really blended, it has grown into quite an interesting thing.

Repeating, this is all a guess on my part, but seems likely based on a few comments and the trend we see.

We see comments all the time where people have joined TR or even simply subscribed to them as a result of the podcast.

Data point of 1 (me) to confirm this:

I first learned about TR in 2016 from a cyclist on a ride I was returning from. But after a brief investigation, I wasn’t convinced of TR’s value at the time. However, in the spring 2018, I heard about the podcasts and watched a couple. This (see @mcneese.chad Education) convinced me to a trial in early August (a fellow club member who was already a TR user forwarded me the trial membership) which shortly thereafter led to my subscription. And perhaps not surprisingly, I have “recruited” other club members, now TR users, to follow the same path.

Same, I was using Zwift until I started listening to the TR podcast. After a few episodes I switched to TR and haven’t looked back.

I ran into a tip field the other day buying something online, I wish I had made a screenshot. It wasn’t called tip field but similarly named. I’ll bet this would be used especially for yearly folks.

Uh… Well…I’ve used Zwift for two years. After researching this thoroughly, I decided to leave Zwift and get series about training with Trainerroad. I just finished my last month with Zwift and I see the pricing change and that I missed this “lock into old pricing” by two days. Bummer.

Yikes, now I kinda regret not hopping on the TR platform a year ago when it was USD99 for a year, as now it almost double the amount.

Not blaming the devs as if I’m earning in USD, it wouldn’t be that bad (I think) but as I’m earning in Malaysia Ringgits, that’s MYR80.00 per month which is quite a lot. Makes me wish there’s some kind of price parity policy for some countries. Alas, looks like, after this month, I’ll need to look at a different training platform.

Good luck to the devs! and keep on improving!

Please don’t suggest that! As an Australian, we always get charged more!
For my NBA League Pass subscription, as an example, the price varies by $100+ from Australia to other countries.

I believe that has to do more with tv network permits licensing agreement and not on price parity.

Generally it’s done in a way like USD20 for first world nations/developed nations then probably USD12 for developing nations.

Without converting, usd12 is still like MYR50 which is double of what people in developed nations is paying, providing you don’t convert it and compare it just by numbers.

E.g: starting salary is USD2000 and MYR2000. Same numbers but the value is totally different. In this example, those earning in USD is just paying 1% (USD20) of monthly salary for TR whereas those in MYR for example will be paying 2.5% (USD12) of monthly salary. It’s not the same 1% but it’s better than 4.2% (USD20). Hypothetically, people in America will have an issue if TR start charging USD84 per month (4.2% of monthly salary).

This is just a suggestion and example.

As much as I hate so say it, I totally agree with this.

I have political views that are, well, lets just say, outside the bell curve.

TrainerRoad is, as far as I can tell, one of the very few companies these days that truly not only has a conscience, but seems to value their customers as people, not just customers.

Well, managed to miss this ‘lock into old price’ offer. I cancelled during the summer this year for the first time. Love Trainer road programmes and have recommended you to my customers but with the price increase I am having to look elsewhere. The post that mentioned conversion charges from USD to £ was also correct & I have paid this from my UK account since I started. Love to stay for my winter training but have to go!

The post that mentioned conversion charges from USD to £ was also correct & I have paid this from my UK account since I started. Love to stay for my winter training but have to go!

Paying by revolut solves that neatly. N26 also might.