Have a 21 Norco Search XR A1 that I use for gravel, CX and winter road riding. The current saddle Vivo - Selle Royal I find does give me numbness on longer rides so I would like to replace it with something with a full cut out. Based on my flexibility I need a waved saddle, based on my numbness I need a cut out. Other saddles I use and like are the Selle Italia SLR Boost Endurance and an old Specialized Ruby Expert (that came on a used bike I bought but works for me).
My sit bone width is 110mm so probably best off with a saddle between 130mm and 140mm.
I’m happy with a short nosed saddle.

Leaning towards the SLR Boost Gravel Superflow but its also the most expensive option so also looking at the Novus Boost Gravel superflow.

Anyone have an opinion on which of these they have tried, liked or disliked or what they perceive as popular for gravel?

I don’t want to spend for carbon rails, the stock saddle is 375g so a <250g saddle will give a good enough weight drop.

I’m not certain what you get out of a “gravel specific” saddle….IMO (and as a veteran of the bike industry), those stroke me as a marketing spin. Honestly, outside of a TT bike, I think you should find a saddle that works for you based on position and comfort.

All my bikes have a Specialized Power saddle, road or gravel. If I had a MTB, I’d probably use it there, too.

My expectation is just slight differences in padding, likely no difference in shell or rails.

Assuming your local shop doesn’t have demo saddles, my advice is to cruise ebay for gently used saddles that you can buy/try and then resell if need be.

Personally, I ride the same saddle on all my bikes.

The best thing I’ve done in recent years was switching to Assos shorts. Their pad is like a reverse cutout saddle so combined with a cutout saddle you get extra relief. Also their pads are like 12+mm depending on the model.

I have the Selle Italia SLR Superflow Gravel saddle and I’m guessing it is the same thing as the Endurance saddle you have - they just slap the word gravel on it to make people think it’s specific. Maybe I’m being cynical or maybe it has Ti rails and the endurance one has chromoly? In any case, I like the saddle! I got mine from bikeinn and it was considerably less than full price in the US. Shipping took a little extra time but no hesitation to buy from them again.

Have the same Selle Italia saddles on all my bikes (gravel, road, cx). If you’re uncomfortable on gravel, consider a suspension seatpost like Redshift

i have been riding the selle italia novus boost evo gel ti rail on road to great effect. Got the position dialed and it’s super comfy for me with most or all of my bibs. This past black friday I decided I wanted the same shape on my gravel bike so i bought their novus boost evo gravel in grey (they don’t sell the tan in the united states yet grumble grumble). Being gravel specific they tout extra padding and shock absorption and while this saddle was cheaper but heavier than my road saddle I think I would have preferred to wait a bit, spend up and get the non-gravel one like my road bike. I can’t speak to the damping bits since I haven’t ridden it outside yet but padding wise i prefer the thinner gel to the thicker foam of the gravel saddle. In short don’t corner yourself thinking gravel specific is the way to go, comfy is comfy regardless of riding style. I was riding a specialized phenom on the road which is a mtb saddle until i grabbed the novus boost evo.

Leaning towards the SLR Boost Gravel Superflow but its also the most expensive option so also looking at the Novus Boost Gravel superflow.

Check out the Selle Italia SLR Boost X cross Superflow too. The specs are pretty close to the Gravel version, but for some reason the X cross is sometimes a bit cheaper.

I use power mirror both for my road/turbo, and gravel bikes. Ended up just buying the same as my gravel as very happy with the road one which I find very comfortable.

I’d same some money on the saddle and get a flexy seat post first. You don’t need to go full suspension post, just something better than a stock AL post.

My expectation is just slight differences in padding

gets squished. That’s the whole reason saddles built for hours of riding are hard to begin with, so they can support your sit bones and keep your pelvis from sinking into foam hell.

those stroke me as a marketing spin

I’d same some money on the saddle and get a flexy seat post first. You don’t need to go full suspension post, just something better than a stock AL post.

Other than the really flexy Ergon/Canyon seat post what is out there, for carbon seat posts that might have some compliance but aren’t going to move you around like the STR Diverge.

Pretty much any seat post will likely flex more than the stock one. The stock ones are like 350gr of stiff, thick tubing. A basic aftermarket one is 250gr made out of the same stuff. A lot of unnecessary material removed, allowing a bit of give when you hit a hard bump.
It doesn’t need to more much to make the world a better place. Trek sells/sold their CX bike with a carbon wrapped AL post - I had one. A German mag tested it to be one of the stiffest riding out there- basically twice as stiff as a modern carbon performance road bike setup / 3x as most endurance/gravel bikes. That thing destroyed my lower back. They tested a version of another bike with that same post (awful too) and one with a full carbon post in other tests, and the full carbon version of that model with the better post did much better. I tried and aftermarket carbon post, and the complainants were gone. 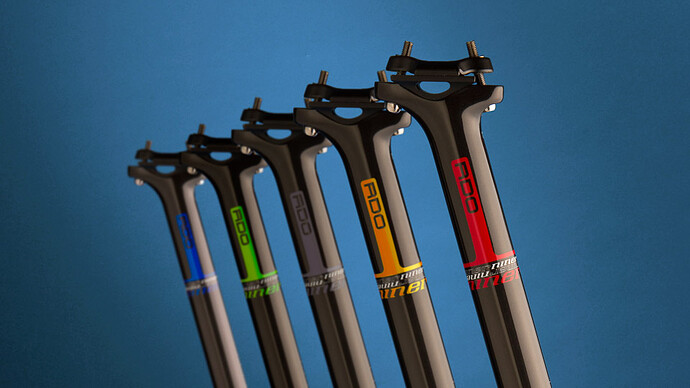 Seatposts: Often Overlooked Yet Critical For Your Comfort (Lab Testing) -...

Seatposts are without doubt, the most overlooked component on a bicycle. Every cyclist can achieve a substantial comfort gain from a seatpost swap out.

If we are talking gravel, it’s hard not to include Brooks Cambium in the conversation. I have two…both carved (big cut out) they are extremely popular on major rides. If you look at bikepacking.com and browse their bike of the tour divide or other rides you will see plenty. That said…I ride a Selle Anatomica H2 on my bikes right now. For me they are extremely comfortable. Combined with a titanium setback seatpost I can ride all day in comfort on gravel roads wearing bibs or I can ride up to 4 hours without bibs. Saddles are extremely personal. Everyone who loves their saddle is right. Some people who hate their saddle are right (many just have their saddle adjusted wrong)

First, saddles are very personal, but(t) following is what works for me Fizik Tempo Argo R3. Been using. this since 2020 and it is on all my road/gravel bikes. 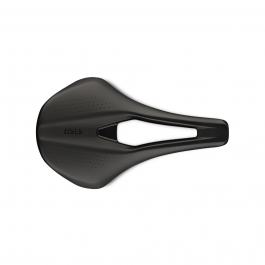 Definitely will keep seatpost in mind then for the future, didn’t know there was much to be gained from a non-suspension post. Main issue is just need a saddle with a cut out, to get rid of the numbness that starts to occur >2 hour mark.

This saddle was a surprise for me. Came on my gravel bike and I rode it a few times before I was going to put my usual SLR Superflow. Ended up keeping it. Rode it maybe five times before doing Unbound 200 on it with zero issues. Now I’m looking to put it on all my bikes.

I really like my fizik terra Argo x1, fits my bum nicely. Comfortable for long rides and feels great when riding in the hoods or drops.

Came on my gravel bike and I rode it a few times before I was going to put my usual SLR Superflow. Ended up keeping it. Rode it maybe five times before doing Unbound 200 on it with zero issues. Now I’m looking to put it on all my bikes.

How would you compare it to the SLR Superflow? My SLR Boost Endurance is my current favourite but have considered the Fiziks.