Anyone else following Race Across the West?

I’ve got 2 friends doing it, Currently the top 4 solo riders are all within a mile of each other with ~50 miles left!

Nail biter for sure!

Following RAAM/RAW is more of a highlight of the year for me than the TdF honestly. It’s fascinating. That RAW solo finish was wild, don’t see that very often in ultracycling.

It’s a weird year, such a large percentage of the field for both RAAM and RAW are going to be up against the time cutoffs. That heatwave in SoCal/AZ really did a number on the solo field.

Always followed Raam since doing it as a mixed 4 in 2004.
I see a 7 times finisher has dropped out with food poisoning… that is easily contracted without scrupulous nutritional preparation in the race, we came close at times.
The crew of the Danish guy will be finding it hard with only 4 of them especially when you need 2 ‘chase’ cars as a minimum in the rules.

The cost of penalties was heavy in RAW was this year, meaning the 1st woman to finish came 2nd after penalty. The 1st male finisher ended up 3rd by the look of it. 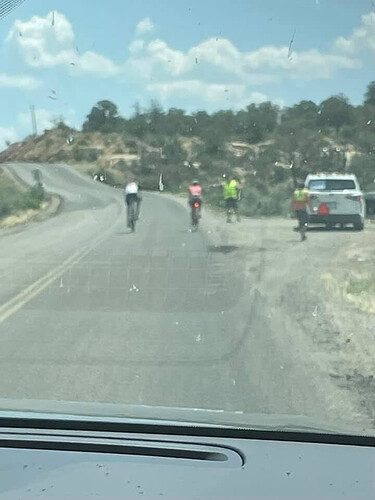 BJ on the left, Heather on the right. That is how close it was! Heather is a good friend, was amazing following along! Another good friend, Lee Juehring, led the majority of the race until he developed Schermer’s Neck around mile 830 and fell off his pace. He gutted it out and got the finish though!

After nearly 1200 miles, the three RAAM solo leaders are within 10 miles of each other!

I’ve been without internet (Yosemite camping

) for the last week, but I know a couple of the riders doing the 2 man RAW, and they set a new record! Managed to catch the instagram stories before they expired, but wished I was able to follow more in real time. I’ll need to see how RAAM is going, as I do like the ulta-endurance events and I now am back with internet.