Height is 190cm/6’2”.
Weight loss was a big factor earlier on. I definitely lost a lot of fat, but also a lot upper body muscle. I used “look stronger” by classic standards, although I am clearly as fit as I have ever been. Still the visual change may not be for everyone, as I am pretty slender now.
I am doing 8 to 11 hours weekly, progressing in intensity and volume in 4 week blocks and an easier week at the end. FTP test every 8 weeks. 450 to 600 TSS usually.

I did a ramp test today and I scored a 300! Very excited.

I started with TrainerRoad on October 31st, 2017 with an FTP of 222. Since then, I’ve done countless FTPs tests. Often only gaining 3-5 watts, or even dropping 3-5 watts. However, I’ve slowly managed to keep building towards my ultimate goal of hitting 300 and today it happened. Just in time for the cancelled cyclocross season 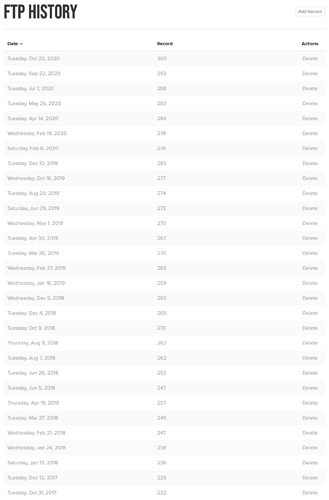 Have been an “outside” rider until recently, with a few weeks of illness thrown in at the start of my first training block. Managed a 253 to 281 FTP Increase at 60kg (4.7 watts per kg).

Happy with that - eyes on 300 and pumped to see when TR will get me there!

Amazing numbers at your weight!

I will soon do my second TR ramp test. So far I’ve improved from 238 on Sufferfest earlier this year after a bad motorcycle crash in February. Have some experience training, but this is the first time i’m trianing with structure for cycling.

First 6 weeks of TR will be done tuesday the 3rd of November. Just over a week from now. Will report back then. I feel strong, legs have visibly changed, will go all out.

I started cycling in June 2019. Newbie gains were relatively good until December.
I did a whole bunch of long outdoor rides with friends smashing ourselves up every climb, then the autumn arrived and Zwifting became more and more prevalent for my midweek sessions. After January Trainerroad made up most of my training volume and by July I gained another 15W… But more importantly my muscle endurance improved a whole bunch.
Unfortunately I crashed in August when I found some unexpected dirt on a fast corner… admittedly I got the KOM on the descent so it’s not like I didn’t deserve to crash… 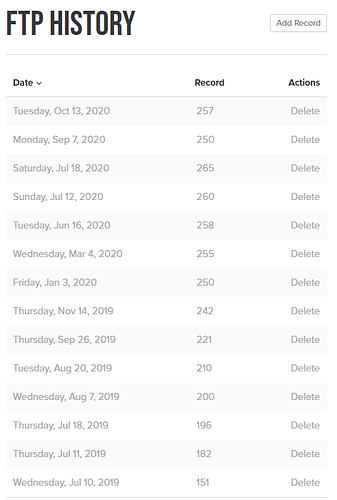 Super happy with my results in such a short amount of time. Thank you TrainerRoad! 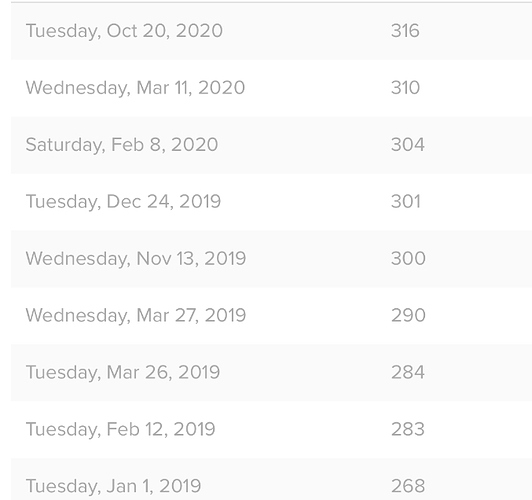 I started trainer road July 21,2020
I had done an outside 8 minute test on July 4th and was at 275. It might have been set to high, some reason I decided to roll with it for sweet spot base 2. At the end of that block my first ramp test was a lot different than what I thought it was, my pacing wasn’t that great. Now Each time I do the ramp test I feel more confident for the next one!

I missed a couple workouts the second week of the second month in build (life happens)
I’m still pretty happy where I’m at, I feel a lot stronger and able to repeat these efforts.
With hopes of racing there were a couple races that might have happened but since they are now canceled. I’m going back to ssb1mv and going to build this fitness!

I started structured training (for cycling) last year in December targeting a SUB8h time on a 300km ride in June this year (which obviously was cancelled). Before that I did some “coffey-shop-riding” (or should we say pub) with the boys, however nothing serious. That was more or less what I did for the last 5 years. Alltough, I do have a history of hard structured training (being in the national team in orienteering and cross-country running as a kid, but that was 12Y ago).

So, all of the below from the Zwift ramp test:

And in June I pretty much managed to “reach my FTP” when hunting KOMs on longer Strava segments.

Would be cool to reach the 5W/kg FTP threshold next season, however not priority numero uno!

Some good progress here from the last few months
Ramp test August 19th 218
Have manually bumped up as I felt it needed in between ramp tests.
Finished SSB2 with FTP at 230 then ramp test after that came out at 225 on 28th September. Ignored that and continued at 230 then bumped to 240 when I felt like I was increasing workout % more often then not.
Halfway through sustained build and ramp test today was my first ramp win in a while with 243.
Super happy with progress. Focusing on keeping the same consistency over the upcoming months with a XCM in mid January.

If you really need a target, 300w and 4w/kg are common milestones people try to achieve.

Thats a funny combination for me, as 300w isn’t quite off the couch, but it doesn’t require a lot of focused riding to for me to hit that in 20 minute protocol. Hitting 4.0 (6-3, and ranging between 184 and 205lbs) THAT takes focus.

Made some good progress after hitting a plateau during the spring. Gained 14 watts the last 8 weeks and went from 326 to 340 watts. Never been above 334 ever before, so i’m really pleased with myself.
Now it’s time to keep the focus and aim towards next summer maybe doing some races.

Sagan is ~73-75kg! Not sure you qualify as “TheFatSagan” anymore

Here is my history. My previous experience was only commuting (14km per day…) and some strength training. I was quite inconsistent with my triaining in 2019, still I went from 260W to 313 in that year. 2020 I dropped some weight and increased the FTP to 330W. My goal is now to keep this weight of 87kg, but improve the FTP to 340+ W. Next year I could maybe hit 4.5W/kg if cycling only. Or I start with Olympic Triathlon and focus more on running and aero riding.

After reaching an all-time weight of 220 lbs during the initial lockdown, I forced myself back into structured training after a 1.5-2 year hiatus. The weeks through Aug’20 were at an intentional 500+/day calorie deficit. While I was able to cut some low hanging wins via weight, my workouts were rough, I was sore all the time, and realized no noticeable FTP jump. In retrospect, a deficit this large was too much too soon. I believe that time would have been better spent fueling and getting stronger.

A few months ago I started fueling better on the bike and focused less on calorie intake and more on feel and supplemented my vegetarian diet with protein recovery drinks. I also added supplementary endurance workouts to the mid-volume plans to hit ~10hrs/wk on the bike. My performance has felt great, and fatigue has really only been an issue when accommodating a new FTP.

Heading into the winter, I plan to drop another 3-4 lbs to hit race weight of 190 (holidays permitting…). I will increase weekly volume to 12 hours while maintaining the structured mid-volume training schedule. Hope to be 4 w/kg by the new year!

Wasn’t very strong today unfortunately, 250 -> 256 FTP. Wasn’t feeling great last few days, I think I can do better. But for now i’ll just go through the next 6 week fase.

Since I don’t race, I jumped ship right before the taper week of Specialty Climbing Road Race LV and went back to SSBLV2 to simply maintain my fitness. Was able to squeeze out a 5W increase this time around. It’s probably a byproduct of the SSBLV2 program and some additional recovery, but what also could’ve contributed was doing the ramp test “blind”. Didn’t pay attention to time, power, or even cadence until I blew up.

Its been an interesting year, not been following a continuous plan and its all been base type workouts since May. Had various weeks off due to work and life. Tried some build plans Jan to April but wasnt prepared or couldn’t accommodate with life stress so went a bit backwards so stuck to more base workouts all summer
I didnt decrease my FTP settings during the summer as was a bit stubborn and was just doing Z2 - sweetspot workouts so pushed myself to recover to the same level. I thought i was going to be going backwards since the period May - Aug was so turbulent but i then started a SS90 progression and its really helped the last 4-5 weeks. Was hoping to have just maintained FTP but i went up so am very happy.

Nice work! Out of interest, how old are you? (Interested because I’m roughly where you were last November)