Heard that whiteface qualifier has been canceled in Leadville series. Anyone know what it will be replaced with? If at all…. Still need a coin for this year and lottery is hit or miss…. Thoughts?

Interesting. The Adirondack Sports Council (co-hosts in 2022) currently have a survey out asking how important the Leadville component is to racers, so I’m surprised to hear that a decision has already been made. How reliable is your source?

In 2022, the Adirondack Sports Council co-hosted Wilmington Whiteface 100K & 50K Mountain Bike Race for the first time. We are hoping to continue the event in the future. Your feedback is integral to hosting fun, quality events to come. Thank...

Anyone know when registration opens?

I emailed Quinn at Lifetime and she confirmed it’s not going to be a qualifier.

That’s a bummer. Was planning on racing the Whiteface qualifier for a chance at Leadville this year. Being on the East Coast it is the most convenient of the qualifying races. Not confident in my chances just going through the lottery…

Oh that stinks. That race brought me up to the ADK and I have gone back every year since even though I have not officially done the race since the first trip. Didn’t do the race to try and earn a coin, but being in that atmosphere was fun. Since that first race, qualifying for Leadville as been in the back of my mind. Will keep visiting the Wilmington area, but this news really is a bummer.

J - we started off together on a TT attempt of the course a few years ago, I was the guy with chain problems.

Lifetime didn’t run that event and there seems to have been issues behind the scenes with Lifetime, Youphoria productions, and the people running WIlmington Whiteface. When the event was cancelled on short notice a couple years ago it seemed to hit a tipping point. Last year the cut off times were made significantly more difficult taking it from an event that made it easy to get a good corral position in the LT100 to one that was much more difficult.

My guess, and it’s just that a guess, is that Lifetime would have liked to take over the event as the organizer. Since this didn’t happen they dropped it as a qualifier and will be looking for a new event in the NE as a qualifier.

I only raced it once - last year, but Youphoria was pretty bad. Would have loved to see it stay, but more than anything I’d like to see a qualifier early in the year somewhere from NC up through the Northeast. Need something earlier than Lutsen, and closer. (I’m in Leadville this year, and really want to improve my start corral)

I really needed that one crossing figures on lottery for now….do I get better odds as this will be number 7…also they have my 150$ deferred from 2020

This is a bummer but consider this another vote for an east coast qualifier. I’m in for Leadville this year and was really counting on this race for improving my corral position.

I noticed the Wilmington Whiteface website is gone now (https://www.wilmingtonwhitefacemtb.com/)

Was sort of planning on having that as my “A” race this year. I’ve never done a long mountain bike race, and it is something I’d like to try. CBCC and VT50 (if I could get a spot) might be good options.

Other races in the Northeast US that I should consider?

VT50 is awesome. Great mix of singletrack, double track, dirt roads and pavement. Highly recommend it. You can always get a charity spot. I think the minimum is pretty doable as that is how I’ve raced it in the past.

There are some marathon style races in NJ and southern NY but they are usually multi-loop courses for a set time (about 4hrs). The Erie 80 looks interesting in Port Jervis NY. Not sure if it is on for this year though. Keep checking bikereg over the next few months as events get added through the winter and early spring.

I’ve done CBCC and the Erie 80. Both are really fun courses, but both are singletrack-heavy, so pretty much the opposite of Leadville style (if that matters to you at all). I’ve only gotten to do CBCC once because it’s a hike for me from WNY, but it was one of my favorite endurance MTB courses ever. The Erie 80 might be defunct now. They haven’t run it since they had to cancel the 2020 version. But they do have a 12hr race there on the same trails (but shorter laps) in May. As rbean01 said, there’s also a few (slightly shorter) MASS Endurance series events in MD, PA, and NJ (and maybe others).

I’m not sure how “NE” you’d consider this, but there’s also Wilderness 101 in central PA. The 100mi course has a decent amount of pretty rugged singletrack, but the 75mi course is mostly gravel and doubletrack. I’ve done both, and really like the 100mi course (the 75mi course wasn’t my cup of tea). And there are a couple of “Seasons of Rothrock” MTB races in the fall and winter in the same area (I think the fall one is about 30-35mi).

If you’re willing to go a bit more “mid-Atlantic” there’s really good stuff down in VA–Stoopid 50, Shenandoah (if it’s not canceled again)–and NC (Uwharrie, ORAMM, Pisgah 111). That stuff is MUCH gnarlier than the Leadville-style races, though.

Finally, it’s definitely not NE, but the Mohican 100 in north-central OH is a great event, and a surprisingly challenging course (they changed it a couple of years ago and it is much harder now than it used to be).

Those are the ones I’m aware of, anyway. I’ll be keeping track to see if WW runs this year because I was thinking of trying it out. I personally have no interest in Leadville, so that wouldn’t affect my decision. I’d love to do the VT50, but I teach so that would be a tough weekend trip for me at that time of year.

Might be outside the region you are looking at, but Mohican 100 (both a 100k and 100 mile option) is in Ohio and one of the better long races if you like single track. Dylan Johnson is a past winner, but the course has added more single track since the year he won. 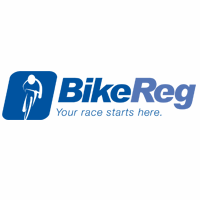 Thanks @rbean01 @dehannum and @Kuttermax . I’m going to target the VT50 this year. That is a great tip about the charity spot; though I’ll probably just try my luck for a regular spot, and if it doesn’t work out, I’ll just pivot to something else. Just need something on the calendar to train for.

Mohican and Wilderness 101 both look amazing (100 mile loops!). I think I’ve got to start a little shorter though… something to shoot for in future years

I wouldn’t be surprised if Wilmington Whiteface is still happening, and the web site is down for other reasons (changing to another site, or just forgot to renew due to changes in race directors). I’ll reach out to people who might know and post if I hear anything.

It’s true that WW will no longer be an LT100 qualifier.

We’ve been in touch with the owners of the race, and there is a chance that they may still produce it without it being a qualifier. They took the website down while they work through some things and figure out whether or not it will be happening in 2023.

Unfortunately, we won’t be launching another east coast qualifier in 2023. Hopefully down the road though!

From a friend in the know:

“The race is happening. June 4th. It’s a Sunday like it used to be. Uphill is Saturday the 3rd.

The folks at Adirondack Sports Council are the ones putting it on. They’re swamped with the university games, which is why they haven’t put out an official update.

The website just transitioned from the old promoter to them and they haven’t had a chance to update yet.

I’d expect formal announcements and such to come around the end of the month.

That is super epic - so glad to hear it. For those who really want a challenge it’s a top notch gravel race if you’re up for it. Bringing up my gravel crew this year will be dopeee. Good luck