The thing about owning many bikes

I‘m sure this has been discussed already, but I couldn‘t find this specific topic.

Do you have bikes with a similar purpose? Do you ride all of them?

I have following bikes:

The more bikes I have, the less I am able to ride them properly. With 400-600h a year even the tires last multiple seasons. There is no reason to buy more bikes, is there?

I mean, yes, I love all the bikes, even my girlfriend approves of them (her hobby is more expensive), but they use space and are used to little.

How do you handle that? Does this also make you feel a little bit guilty or is it just me?

I read the topic How many bikes do you own?: It seems that quite some bikes have a very specific purpose and are not ridden that often (I may be mistaken).

There is no reason to buy more bikes, is there

This is impressive….your first post here and you are gonna get banned for that question.

THERE IS ALWAYS A REASON TO BUY MORE BIKES!!!

OK, a bit more seriously……yes, you reach a point where you don’t have time to ride each bike properly. It really is an example of first-world problems / consumerism at its finest.

It is odd how we get emotionally attached to material things like bikes, but we do for whatever reason. In your case, it becomes kinda simple - remove the emotional attachment to the aluminum gravel bike or just accept that it won’t get as much mileage as it used to and the associated “guilt”.

One option to consider is to perhaps ditch the city bike and use the aluminum gravel bike for that role. You could even repurpose it with a flat bar if you wanted.

I think there’s definitely some purpose in having different bikes for different purposes, and I’d always advocate any serious cyclist has a spare bike, just so you have something to ride if one is in the shop or develops a fault you notice 15 minutes before you go out.

An obvious example would be a fast road bike, a TT bike, a gravel and an MTB, but there are others.

When you start having multiple bikes that do essentially exactly the same thing, in the same conditions, then you’re a collector

Or maybe it’s consumerism. There’s nothing wrong with that, but I have often wondered how people with garages full of gorgeous bikes get around the ‘problem’ of only riding their Parlee/Speedvagen/Colnago/Sachs 2 or 3 times a month. But then you could apply exactly the same logic to collectors of most things, tbh, and I bet most of us have bought things in our non-cycling lives simply because they were very nice things, and in retrospect don’t actually use them that much.

The other thing is once you have multiple bikes, you do start to think of reasons not to sell! I’ll use my own ‘fleet’ to illustrate.

I love the Mason and I really like the Ridley, even though it doesn’t see that much use.

In honesty, I could sell it; other than being a bit lighter than the others, it doesn’t do anything the others don’t. But it’s rim brake and mechanical, which I don’t want all the time but I do want sometimes. Moreover, when I work out what I’d get for it, especially in the current market, and how much I enjoy riding it when the mood and weather is right, it’s not worth it.

The Giant could also go. It’s an ok bike but nothing special, and I have no plans to return to CX, but again, when I work out what the bike would sell for now or in the foreseeable future, it can stay on the trainer.

I actually don’t love the Donhou, but looking back at how much I spent on it, and how much of a hit I’d take if I sold it second hand (one of the problems with custom), my inclination is to try and make it work, much as the N+1 part of my brain argues I should just sell it and buy a Definition with the proceeds (now there’s a bike I shouldn’t have sold!).

There is no reason to buy more bikes, is there?

Maybe you need to sit the next couple plays out? Take some time to think on your sins.

It’s all perspective…to me you hardly have enough bikes

You need an xc bike, a down country bike and a fat bike at least. 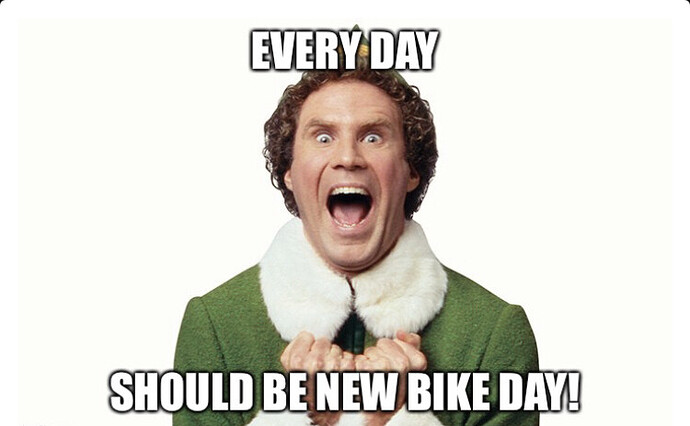 Depends entirely on the range of riding you want to do and hairs you want to split within disciplines. I have more than most people, but nearly all of them get ridden at least once per year. My focus tends to shift each year, so the ones that get more use changes from season to season.

Thanks for providing me an infinite “get out of jail free” card for any bike purchases I suggest to my wife.

How do you handle that? Does this also make you feel a little bit guilty or is it just me?

I usually keep my old bike for a while because it’s too much trouble to get rid of the old one or I’ll keep it if I have a purpose for it.

If you train a lot, it’s nice to have a spare bike ready to go. Sometimes your main bike needs work or it has a flat the morning of a ride and you can just hop on your 2nd bike and go.

I’d feel the same about gravel or mountain if those were my main activities.

Evaluate your life and what’s best for you. Are you maxing out your 401k? Are you contributing to a Roth? Do you have credit card debt?

Depending on how you answer the questions above can help if it’s “worth it” to get a new bike.

I currently have 3 road bikes and am trying to sell 2 of them. I also have a hardtail XC bike and a tandem.

If I could redo it, I’d just have a gravel bike, downcountry bike, and maybe a dirt jumper.

I’m as minimalist as one can get. I have one bike for: Road, Gravel, Nasty Gravel. Meaning 3 set of wheels. Yet I felt the need to get one bike for the trainer and a Mountain Bike. So 3 is my minimum. I use the 3 of them a lot. In the near future I can see myself getting a 4th bike that would be a road bike + gravel racing dedicated bike.

If it helps, you could always donate a bike to a neighbour’s kid or someone in your family?

And then buying a new bike would feel much easier😎

I am actually unloading a few bikes this year (only one from that list, while I omitted most already planned for sale). Looking to “pay it forward” with low cost sales to local riders if at all possible.

Thanks for all the replies.

THERE IS ALWAYS A REASON TO BUY MORE BIKES!!!

One option to consider is to perhaps ditch the city bike and use the aluminum gravel bike for that role. You could even repurpose it with a flat bar if you wanted.

My current city bike is ok for that: No one will steal it, more scratches won’t matter etc.

The thing bugging me is: Why get something “new” (or better) if the “old” thing (it’s not even that old) is still 100% ok. My current gravel bike is a great and fun bike. But as answered above, it’s probably the difference between metting minimal needs and collecting something.

We could go into the details: Aluminium vs carbon frame, mechanical vs electronic shifting etc. But these details don’t matter that much. Maybe it’s a a philosophical question about consumption and how to deal with it.

I have more than most people, but nearly all of them get ridden at least once per year.

You probably have a greater need for bikes, since you are in the professional field and also make money with it. At least compared to me who basically likes to ride, being fit and rattling on about it.

Ps. What a great forum.

I had a solid range of bikes before I even got to “working” in the industry. Call it about 1 from each category I listed above generally speaking.

As I got into the bike work world, I just added to my range for personal gain mainly to have a broad stable that met the wide range of riding I like to mix in over the years. It has helped a bit from a sales perspective, since I have more direct experience with more bikes and can help people discuss and research for their purchasing needs.

Like you, I ride mainly for fun, fitness and because I like a challenge. Swapping between bikes and trying to do any of them better is a huge driver for my personal direction in play life.

But in all honesty, what I have now is pure selfish indulgence. I have an awesome wife that encourages my habit. We have no kids either. My connections to the trade have made these purchases more “rewarding” in the sense I spend what I would anyway, but get “more bike for the money” from my discounts. I also have a basement where maybe 70% is dedicated and open for bike storage, so it makes it easier to add to the bunch when I want.

In short, I am damn fortunate

Like a monopoly get out of jail free card, a TrainerRoad forum authorization doesn’t carry much weight in the real world 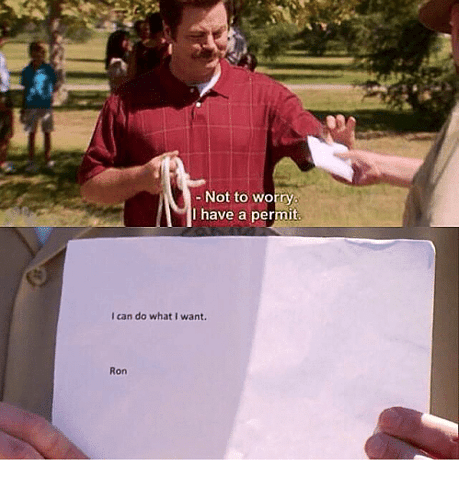