It’s a very small thing but just wondered if anyone else had noticed this behaviour?

Have the same with my Neo (only in TR)

Yes, in Erg mode on the Neo Bike the power ramps up and down 1-2 seconds before the beginning and end of each interval. In earlier firmware versions, power was also slightly under the target, which a lot of users, including myself, adjusted for by just increasing the workout level by 1-2%. With the newest firmware (0.43), the “undershoot” isn’t there any more. There was also an issue with the fans not working below 120 watts in Erg mode which was also resolved. Would definitely make sure you’re using the latest firmware version.

Thanks - on the latest firmware and thank the undershoot is still there. It’s only 2-3 watts but a target is a target!

Went back and looked at all my workouts since the firmware update–each interval has been at most 1 watt below target, so 0.5% or less–I can live with that.

Yes, in Erg mode on the Neo Bike the power ramps up and down 1-2 seconds before the beginning and end of each interval.

FWIW it did this on my original Tacx Neo smart-trainer, so at least its consistent across their trainers and smart bikes!

Just checked my own - I’m down 2 or 3 watts on a segment at most which would be 1%. As you’ve said, something I can live with!

This thing has fans? I’ve seen or heard them. 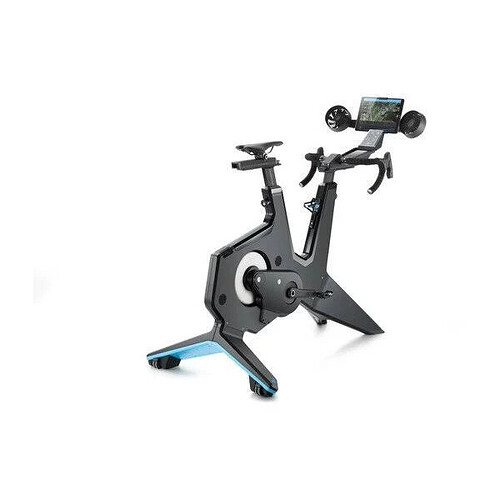 Thanks, had no idea there was a complete bike version.

Same problems here…constant minor undershooting and lag of about 2-4 seconds at the start and at finish of interval…been happening so for few years…got used to it, but today it crossed boundaries of acceptable…got to have several 10-27 seconds lags. It forced me to restart workout and then it went back to old “normal”. Using Tacx Neo (1st ver), Assiomas for reading - which actually read identical (±1%) as Neo itself - and desktop app, which got updated today (as it does almost every time i open it!).

Got an advice from TR support; complete uninstall of app (on win 10) and install of freshly downloaded installation file…will see at next workout,…i wonder what causes it…