“you are defending a person who instigate a coup”

Would you please post the video of the President doing this?

This has reached the point of futility. Can we please move on?

Those uninterested in educating themselves have no interest in being educated either. Regurgitating tired talking points is not engaging in good faith discussion or debate.

Great peaceful speech… in not way he rattle the cage

I mean…
Its easy to find, but since your echo chamber of choice would not tell you, then is on you.
But he has called to people to give law makers hell for “stealing the election”

But sure bud. If ignorance is a choice, and you are choosing poorly.

There is no single video. It begins with stirring distrust in any form of media that is critical of Trump (aka almost all). Him telling his followers in multiple instances that violence is an acceptable form of retaliation. All the way to him consistently pushing the false idea of voter and election fraud even after dozens of court cases and investigations coming up with no evidence. And finally culminates with the speech he gave just before the insurrection telling his followers to “show strength”, that “fraud” warrant’s different rules of engagement, and to “stop the steal”. Then as others have said, he was delighted by the storming of the capital and was confused why others in the White House were not as excited.

I politely ask for some deep breaths, maybe even a short break from posting, and then get back posting in a better way.

The exact OPPOSITE of Prez

So you want to believe it so therefore it must be true.
Doesn’t work that way folks. Truth must be backed up with provable facts.

Truth must be backed up with provable facts.

It has been posted here and elsewhere.

You asking for this information to then say it comes from a “left media source”.
So no matter what people post, you will dismiss it as “fake news”.

Would you trust the words of the people who actually broke into the capitol about their motives and who told them to be there? You can find many videos of them being interviewed on-site saying that Trump told them to be there and that they were there to forcibly stop the election of Biden.

Well, tell that to your senator.

Hey that’s my Senator and I can’t wait to vote for him again! MAGA!

he has been claiming voter fraud and has share 0 evidence.
And before you say it, affidavits that can’t been proven is not evidence.

they were there to forcibly stop the election of Biden.

And to murder the Vice President.

And to murder the Vice President.

And other members of congress.

Ahh well yeah that too. It’s amazing that so much can be going on that an angry mob outside the capitol chanting “Hang Mike Pence” gets drowned out.

Calling all traitors to go back for a redo of the coup attempt on January 6
I have the feeling many will not have the same lucky results (not charged) as last time. 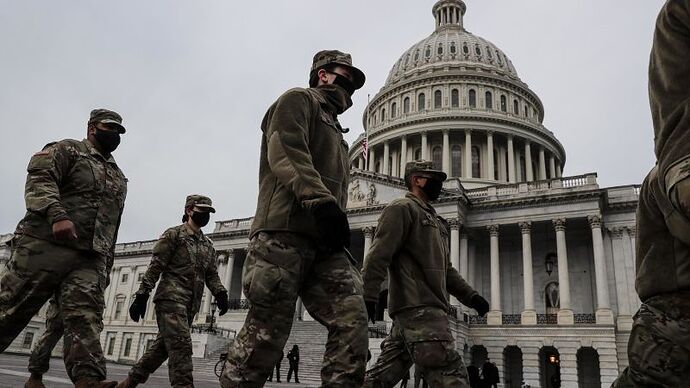 Washington, DC, Mayor Muriel Bowser on Monday urged Americans to avoid the city during President-elect Joe Biden's inauguration next week and the Secret Service has been instructed to begin its preparations for the inauguration ahead of schedule.

Your right. When was the trial that they were proven false? Oh yeah, that’s because there hasn’t been one. Refusing to look at evidence is not the same as proving it false.

Didn’t multiple state judges already deem there wasn’t enough evidence, to, you know, go to trial in the first place?

So which is it, the leftist media, or the republican judges?

In order to have a trial, they need to provide evidence.
They could provide evidence.
But they haven’t.
They only have “affidavits” that say in vague terms, i may have seen something…
Yet when you look, there is nothing there.

THE DEPARTMENT OF JUSTICE!
BARR, the same guy who has bend over backwards to defend trump…He even claimed before the election that he though there were going to be fraud.
have said there is no evidence of fraud. 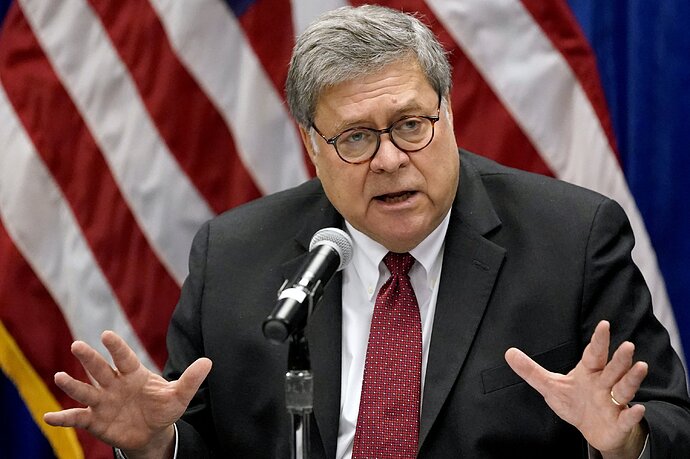 But hey…keep living in fantasy world.

No I would not. The people that broke into the Capitol building are nuts! My guess is they were living in their own echo chamber.