What is going on with Sram AXS?

If you’re looking for people to spend £400 every time the inner chainring wears out.

What is happening to the industry?

1 Like
SRAM 10t AXS cassettes
Anyone using SRAM ETAP AXS?
For those of you running electronic groupsets, what's the benefit?
stevemz February 11, 2019, 9:49pm #2

And I think that price is for exchanging. Buying a different ratio will cost double that.

That was 410 UK pounds - so a fair few more dollars

I think US pricing is a little better since SRAM is based out of here. 50% off of $820 for replacements.

And what about the 1x? If someone wants to do an eTap 1x setup now (where the point is often swapping chainring sizes for different terrain/events), do you have to buy each 1x chainring with its own power meter???

It doesn’t appear as though there is a trick looking 1x chainring so I expect the current Quarq units will still be available for 1x riders. 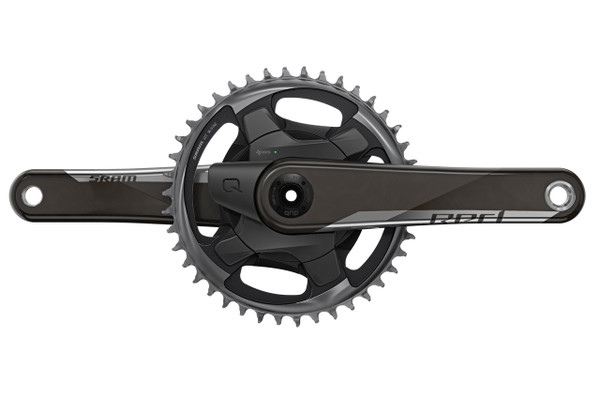 Yup, I think the 4-bolt PM spider design is still basically in use on the 1x:

Looks like a set of chainrings for the current Red crank are $200? So $400 for these and SRAM claims 2x useful life with the new rings. That seems like the same price to me?

That being said, this group is stupid expensive as a whole. It’s batshit insane.

Looks like the 1x gravel meters will use a 107 BCD

Oh, just read this in the 1x fine print:

There aren’t that many numbers left for bcd. It’ll be 0.5mm increments soon.

I actually hate this shit.

Give the people what they want right?

My biggest question is will the shift timing be more consistent? Nino said as much in an Instagram post, but I am really let down by eTap on my Venge for this reason. The time between pressing the paddle and the shift actually happening is instantaneous at times, and as long as a couple seconds at others.

It really doesn’t matter unless you are sprinting or out of the saddle and climbing hard while on the road, but reliable shift timing is much more critical in MTB and CX.

It depends what you’re doing. $400 is if your rings are worn and you’re exchanging them for a new set. But say you want to throw on a smaller little ring temporarily for a trip to the alps. You’d be up for the full $800 for a complete big and little ring plus power meter set.

It seems to be an incredible design! Complete integration yields a single construction 2x crank with the Quarq PM only adding 36 grams.

I’ve been using Quarq (pre-D Zero) for 4 years. It is fantastic (significantly better than the SRM, particularly on customer service, that I had previously). Was ready to purchase the Tarmac S-Works with Shimano Di2. After this announcement (and lots of subsequent research and phone calls to LBS), I’m going to test the AXS version.

The gearing design is fantastic - 13 teeth between chain rings vs 16 for Shimano; smaller step ups in low gears; broader gear range. Too early to tell, but AXS could be a game changer!

My biggest question is will the shift timing be more consistent? Nino said as much in an Instagram post, but I am really let down by eTap on my Venge for this reason. The time between pressing the paddle and the shift actually happening is instantaneous at times, and as long as a couple seconds at others.

SRAM has made big change in chip design and firmware to address latency issues of current e-Tap system. A few great reviews about this (DC Rainmaker, GCN, BikeRadar). I talked to my LBS sales guy who has been riding the current e-Tap for a year and the AXS several times recently (his shop was invited by SRAM to test in Arizona) and feedback so far has been great.

Not made from the same material as the XX1 rings then.