TR pays $100k. Their job postings say if you ask for more they will throw away your application, lol.

By the way, sorry for going off topic, but I love the ad. Almost wish I was in software development and living in the U.S.
https://trainerroad.recruiterbox.com/jobs/fk0f772/

TR pays $100k. Their job postings say if you ask for more they will throw away your application

Again, it depends on your methodology of calculating benefits, but a general formula you can use is anywhere between 50-75% of salary for benefits and other support costs.

Are my subscriber fees paying for TR staff to travel to remote locations and support other TR staff who are racing, fiscally justified because they come on the podcast to describe what they have learned from the ordeal?

No, there are two inside secrets about owning a business and being in the bike industry.

So when you travel you just have to get an Airbnb and sometimes (but not always) pay for race entry. Sometimes users are nice to us too. In Leadville a user let me stay at his house the entire week.

So if you do it smart you can make your travel and bike dollars really stretch.

If you’re in the industry you can get “pro deal” from other industry companies or straight up free equipment. With pro deals you can sell the bike 10 months later and basically end up even or make a bit. 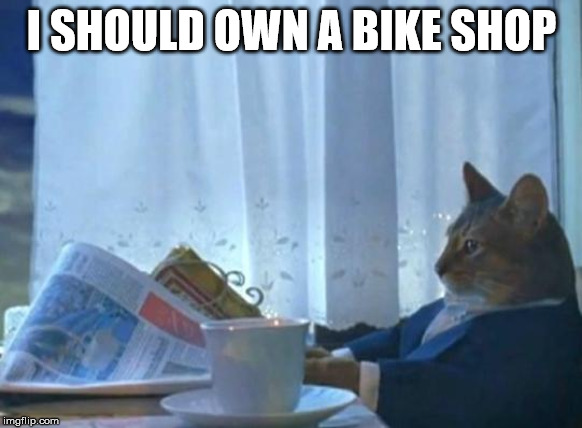 If Nate is looking to “sell out”, then I think this massive price increase and the significant premium TR is seeking over the competition will end up being a big detraction from a suitor’s valuation of the business.; particularly when you consider a significant base of that recurring customer base is priced in at a very significant discount to the now current pricing–i.e. there would likely be revenue dis-synergies from normalizing everyone to a single price point from significant subscriber losses.

If Nate is looking for an exit from his start up, he’s doing it in such a completely terrible way that I would question why anyone would want him making any strategic or financial decisions.

If he were looking for an exit from the company, then he would not need to raise prices in order to hire more staff: he’d approach investors with a proposal to get them to fund the new hires, in exchange for the expectation of an “exit event” later where he, and the investors, would make a ton of money when they sold their interest in the now more valuable company.

The price is going up to fund more work is pretty much the clearest signal in the world that he wants to keep doing this. This is in direct contrast to Zwift that raised $120M in order to grow. That’s a huge amount of money, and everyone who participated in that investment was betting some variation of the idea that there’s at least a 10% chance that they get 10+ times what they invested (so one successful investment pays for the others that weren’t, plus some measure of profit).

Of course, does that mean they’ll never sell the company? Everyone has their price.

But the actions being taken don’t set the stage for an acquisition that makes Nate or Chad fabulously wealthy and progressively less involved in the company.

Of course, you also get to pick which 90 hours/week you work.

I wish TR had fitness, fatigue and form.

FYI, CTL (“Fitness”) is approximately the “6 Wk Avg” TSS that is in the Calendar. ATL (“Fatigue”) is approximately that week’s TSS (also on Calendar). TSB (“Form”) is the difference between the two, which is not displayed numerically but can be seen on the chart as the gap between the grey line (6 Wk Avg) and the green bars (week TSS). Bar below line is positive Form, bar above line is negative Form.

Other software will show you that information with a resolution of days instead of weeks, but I get the impression that Chad would not consider that particularly valuable.

Really though, if TR had a performance management chart and some annual planner or annual plans it would be incredible. I kind of just hop around TR, Zwift, Sufferfest and Xert and do a bit here and there. Run Strava for the metrics and live segments and TrainingPeaks free edition to occasionally bridge workouts to my Wahoo.

It’s just a big mess. Everyone’s being niche and it’s the end user that’s either paying more than they need or missing out on some features. That’s not the worst bit - worst bit is the messiness of it all. It’s 2019 and you can’t have a cycling app with all your data, charts and training plans etc on it.

I love TR and Zwift but realise that the philosophy of Xert is the future clearly - but I’m far from satisfied with the way things are. Too many apps for me, I want it all, bit I want simplicity. I’ll pay for it too. £300 a year would be cheap for a machine learning training app with every feature.

I know it won’t happen - TR will not develop a virtual world like Zwift, so if I were to place a bet for which app will do it all 5 to 10yrs from now? Smart money must be on Zwift. Possibly a Zwift buyout of TR (even though I’m sure Nate would swear against it until he’s blue in the face) but people and circumstances change daily, let alone year to year.

Thank you, I understand this now.

For my purposes, the calendar does these pretty well. What’s missing for you?

I’ve never been a TrainingPeaks user, so I don’t know how they compare.

You can’t set an A race (or date, for non-racers) and have TR analyse your previous year and set a plan leading up to it to maximise your best performance. And it certainly can’t re-configure the plan based on compliance (though that’s going even deeper into machine learning).

We’re just playing lego at the moment with training blocks but that’s not how people work and TR coaches know it from looking at compliance rates. Guarantee you they want to go next level but know it’ll take ages to implement - have they even started? They seem busy with a lot of polishing and doing the outdoor workouts stuff which personally I think they do need to finish up first before moving onto more ambitious next-gen features.

Think about it - why does TR need to be the way it is. They can take it all the way and make the current platform look basic AF. Every TR user should want that. Doesn’t mean we won’t support them all the way until they get there, but it’d be cool to see a long term vision, though zero obligation for them to do so and perhaps even bad business practise to show your hand to competitors.

Behind the scenes, every single cycling training platform has machine learning on the horizon. At some point it’ll start heating up and anyone left behind will look properly old hat.

Really though, if TR had a performance management chart and some annual planner or annual plans it would be incredible.

Read that and first reaction was “what?” Here is my perspective:

Using the TR calendar, plans, and workouts has been the best experience as compared to buying plans (including free ones like SUF) on TrainingPeaks, using Zwift plans, or using CTS plans on Strava premium.

Does TR have all the charts I’d like? No. I’ve settled on TrainerRoad and doing data deep-dives in WKO4. Still have accounts on other services, for specialized reasons (data sync and archiving). Could I get along just fine with TR only? Yes. Would love to see TR add features to performance analytics.

Did it today straight from my account…updating to yearly. Always felt weird that I was grandfathered in on monthy but not annual…glad it was a mistake!

Guarantee you they want to go next level but know it’ll take ages to implement - have they even started?

But if you’re happy with that then go you!

Then godspeed, and good luck! 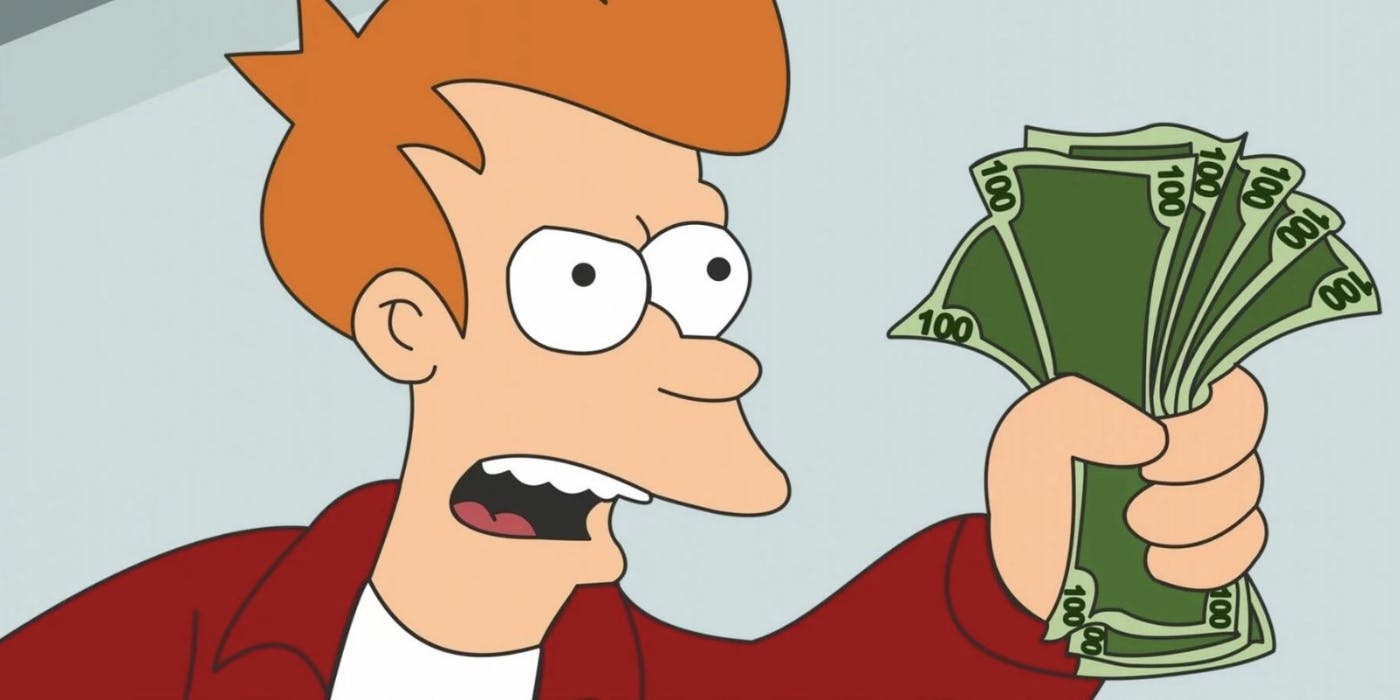 With features that other people haven’t done before I tend to share less about roadmap timing and specifics.

There’s two reasons for this.

Your real point it seems is

It’s 2019 and you can’t have a cycling app with all your data, charts and training plans etc on it.

which is an interesting point and fun discussion topic to debate.