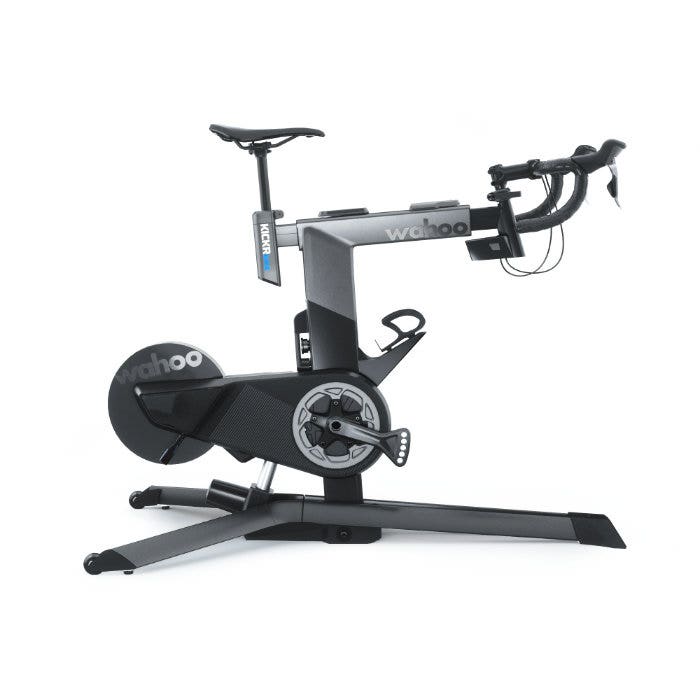 Did the best just get better?

Wahoo has been listening to the feedback of the e-sports race community, updating its Wahoo KICKR Smart Trainer for the next frontier.

V6 also jumped to 1300. I just got a v5 for 900 directly from Wahoo and was expecting this to be an old stock unload.

Hmmm, I missed out on the Kickr bike sale from Wahoo earlier this summer. Perhaps there will be more sales coming to get rid of current stock?

Presumably, if they have enough stock on hand that isn’t possible or practical to convert up to the new V2. As of yesterday, they had been selling the V1 at $3000 USD right from their site.

Perhaps some searching at retailer locations can yield similar deals as of today on remaining stock outside of Wahoo’s hands?

ETA: Just a couple pulled from Google that are at the $3k price:

Items in bold are new features/upgrades from the previous gen 1 model:

In addition to the list above, we spoke with Tyler about two other issues in the original KICKR Bike which have been addressed in the new model: 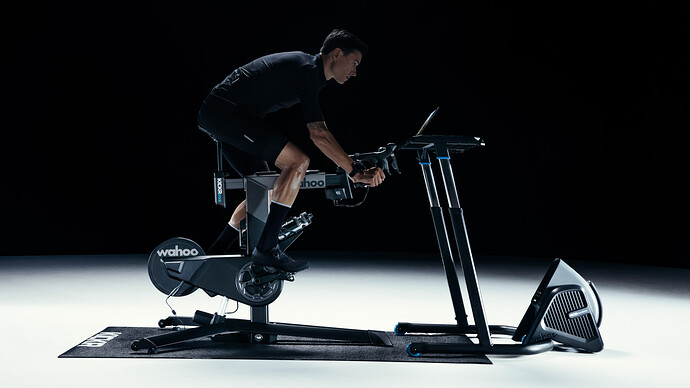 Just a small FYI from Ray about a pending DCR review of the V2 Bike:

Oh, and on the bike – the shipment was properly untangled this afternoon, and is now showing for delivery on Thursday. I’ll start giving it a whirl, but I suspect it’ll be a few weeks for a final review.

I had a quick-list of fixes/changes post I started and was trying to get out today, but this week is a bit bonkers in terms of new stuff and that list hasn’t quite made it off my laptop yet.

So no increase in movement like a built in wobble board for that much money?

No, they have not apparently added any motion other than the existing Climb tilt. I do seem to remember some discussion long ago when V1 was released, about people detecting some lateral angle motion as a result of the connection at the lower end of the bike pivot. I was never certain if this was designed and intended, residual deflection/slop from the parts involved or something else.

To top it off, most people install these on some form of trainer mat or even carpeted floor. If that motion is anything like the minimal motion of the Kickr Axis feet, those other conditions likely mask any movement in the bike itself.

Disappointed but not surprised by this iterative update. Was hoping that the prospect of competition from things like Muoverti would spur the 2nd gen bikes form Wahoo or Stages to add some type of movement. More of my time spent demoing smart bikes was spent on the SB20 than the KICKR bike but my biggest impression was how unnatural it felt to ride since the thing is built like a tank and doesn’t give an inch.

While I wouldn’t say that motion platform / rocker plate designs have revolutionized my indoor riding I’m still not keen on going back to something static.

I’m struggling to understand V2. I love V1 - use it four or five times a week. Great product. “Upgrades” now seem to be:

I admit I haven’t looked closely at this so maybe there’s some other upgrades, quality improvements, etc. but if I didn’t already have one and I was in the market for one now I’d be trying to get a V1.

I admit I haven’t looked closely

WiFi - why? It already connects with Bluetooth. What does WiFi possibly add?

odometer - I have Strava. It’s free.

All fair enough - guess I’m lucky - no drop-outs, nobody else using my Kickr and never stop during a work out

My understanding is the Erg Easy Ramp will be rolled down the V1 soon, so that’s not even technically a “plus” for the V2 (according to that CyclingTips article).

Odometer is neat, tho. Especially for those purchasing used or for those who use one bike for multiple people (like me and my wife).

I’m not personally bugged by the 70-rpm resonance (still much quieter than my 2012 Kickr), but I’m glad they worked it out on the V2. This is THE premium trainer… it shouldn’t have those small issues.

Lastly, I don’t think most of us V1 owners are the main target audience for the V2… could be wrong about that though.

I think you’re right - they don’t seem to be suggesting that you roll your V1 for a V2, so it’s just some upgrades for new buyers. I think though if I was in the market afresh and I could get a good discount on a V1 I’d go for that over the list price V2 as the differences aren’t great enough. I hadn’t noticed the resonance at 70 but I rarely pedal at that rate so maybe that’s why.

V1 is now down to $2600 on their site, but I still don’t know whether it’s worth it over a regular bike/trainer/rocker plate combo. Not many reviews out there for how V1 has held up after a year or two of day to day use.

Not many reviews out there for how V1 has held up after a year or two of day to day use.

Early model V1 here. It had a thrashing a while back when I was testing it. It has been used at a few cycling events where people have gave it a total flogging… it was returned still working. Mrs Lama has used it a few times a week for the last year. No issues other than having to grease the legs to stop creaking. The hum/resonance is notable… as it’s set up near our living room area. I’m hoping the V2 is quieter… and I’ll know as soon as the local FedEx team finally get off their arse and deliver it… it has been with them only 3km away for the last week with no delivery attempts. /rant.

I’d definitely buy it again. Especially at the price you can get the V1 for now

Would you buy again if you have a new smart trainer? What makes it worth it in your opinion?