Campy fans rejoice. A new mechanical 1x13 groupset has been released by Campy targeted specifically at the gravel market. Here’s GCN Tech’s ad about it

Looking at the spec sheet on Campy’s website, one major change has been the move to using quick links for the chain rather than a rivet. If they could do this for their 11 and 12 speed, I’d cry tears of joy. 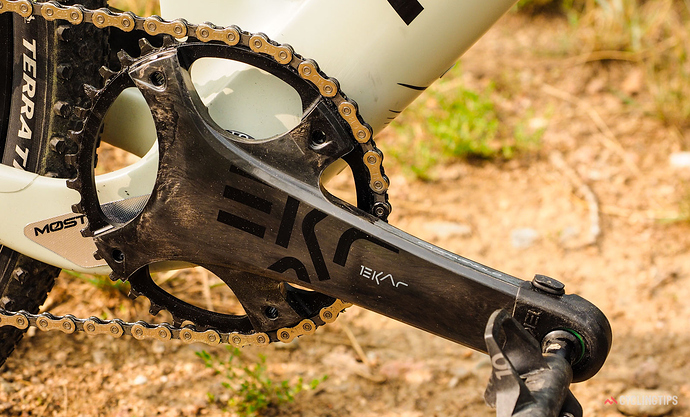 The existence of Campagnolo’s new Ekar groupset hasn’t exactly been an ironclad secret, but today it’s finally been revealed in all its glory, and the details are indeed pretty juicy. As suspected, Ekar is a 1×13 mechanical drivetrain developed... 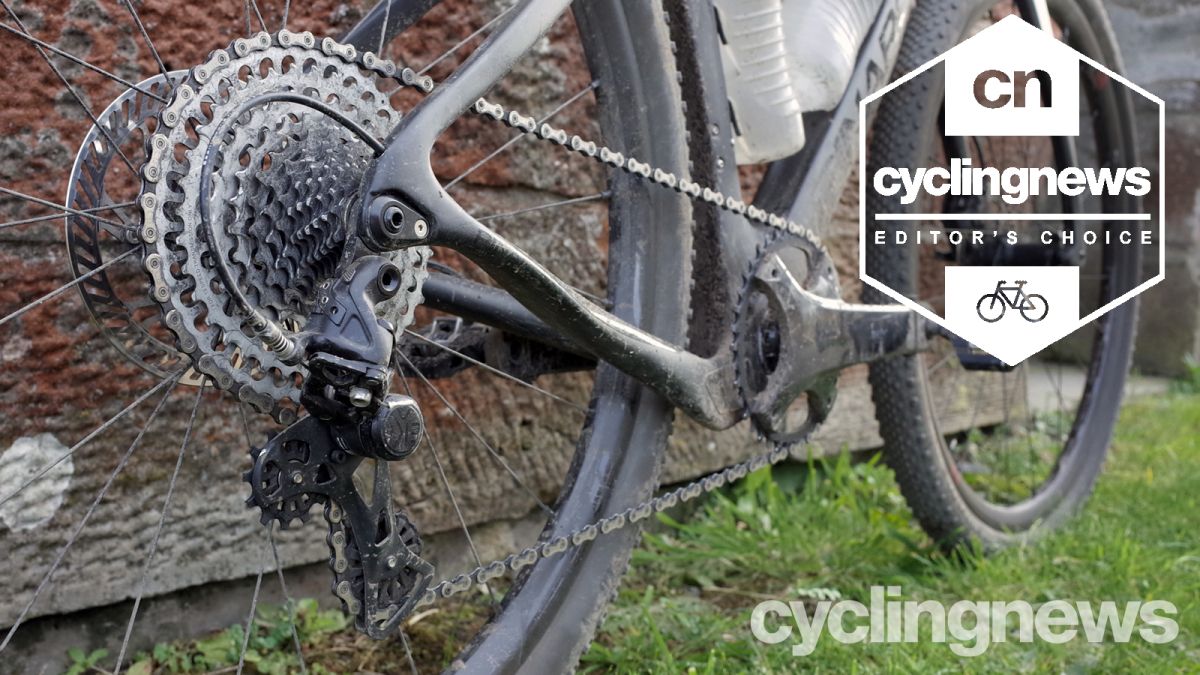 Campagnolo claims the mechanical 13-speed Ekar groupset is the world's lightest and most reliable gravel groupset available, we have been riding it to see how it performs on the trail

the amount of energy it takes to drag the chain over that 9 tooth cog has to damn near negate its value. Hell I thought the 10t cogs were crazy.

I would be very uncomfortable with the thumb shifters on a gravel bike. I do like them on road, but when things get bouncy, I think there would be times when I wanted to shift but could not.

Considering that the modern cable MTB shifters from Shimano and SRAM are thumb driven, I think it is totally possible to make a system that is reliable for thumb control on gravel. Plenty relies on the spring tension, throw distance and such, but possible for sure.

Stating that, I have had some unintentional shifts on MTB with the “Release” side on occasion. But that is quite rare and not something I see as worse than potential miss-shifts with STI or Double-Tap systems (both of which have their own faults).

Thumb shifters on the mtb bar when you only have one hand position is totally different than thumb shifting off the hoods on a bumpy gravel road when you’re hanging on to the drops for dear life.

Especially in the cold with big gloves on.

Anyone else disappointed it wasn’t called “Record OR”?

3T is already offering a Strada and an Exploro with their new 1x13 groupset.

The Campagnolo Youtube Channel is releasing a number of videos about the Ekar installation process.

Any proposed options for power meters? assume its a matter of time before stages etc all bring out options, or if in the meantime other chainsets work with this with power meters options on them?
Same goes for Hubs. I think the consequence of being such a good proposition but a different hub spec is that interchangeability of wheels from bikes may cause the hesitance to purchase. Hoping there is a conversion kit or perhaps there is.

Its an interesting proposition this groupset. It not cheap but its not expensive like the AXS options although they are different solutions and this is more basic but in some ways has pros to many consumers for those reasons.

I would be keen to know about the 9 tooth losses. it must not be huge else it wouldnt be viable commercially. For the masses these must not be consequential. However the masses need the best overall solution which is a viable 1x with the both the range and with small steps and this ticks that box, whilst AXS missed a trick. Even with the 10-36 which is close this offers the 9 and the 2x cassette 40+ options which would have put AXS running to dominate the market. In some respects this groupset gives the masses the solution that meets that need but maybe not all the boxes ticket like wireless but is much more accessible to the many so is probably positioned to sell to the biggest customer base

Its a good all rounder, looks nice design and I can see this being successful. Hope this is the start of or inspires others to offer more options

I’d rather have had them keep it 11T and tighten up the jumps in the back and extend the overall climbing range. The 10-42 cassette seems like a reasonable option, I guess.

Whether your goal is to escape on gravel back roads, far from cars and crowds, or drop the hammer at the front of your favorite gravel race, no bike does it better than the new Diverge. And with Campagnolo's new Ekar gravel-specific groupset, it’s...

Power meter pedals are great because nobody has changed the pedal thread standard on high end bikes in decades. Plus what other type of power meter can you switch between a road bike, track bike, MTB and fat bike regardless of crank brand in mere minutes? None that measures direct force (only those that backwards solve for force, which are always untrustworthy).

Now if we could just get an SPD power pedal, we’d be in business!!

There was a large thread about this in this forum as well.

I would pay for them if they came prebuilt and with a warranty. No way I would tear apart $800 worth of pedals, attempt to do it myself, and void my warranty though.