That’s what everyone said about Armstrong’s year is cycling

It was more enjoyable then say the sky train

My recollection is that Sky/Ineos were very much copying the US Postal tactics of that era. The US Postal train was very much a thing, especially going uphill.

Regardless, Strada was a fantastic race to watch and the show MVDP put on was stunning, even if viewed with a healthy does of skepticism that cycling has well earned over the years.

I had prepared a long rebuttal but I think it’s probably best to agree to disagree.

By pedigree, you mean that he’s the son of a known doper?

Not sure about his dad or GP’s habits… but I’m sure they experimented with the cocktails of the day. In any case, they performed well against others doing the same. 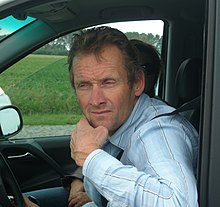 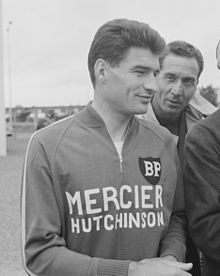 The power numbers are impressive, but I think what sets MVP apart is his race craft. I think from a W/Kg perspective, they’re all similar, but how these guys can keep a clear head under all the duress, and strategize, is what I most enjoy.

Could anyone reverse engineer his power during this race into a TR workout, then we all see who can last the longest before cracking?

but I think what sets MVP apart is his race craft

I would argue the opposite…his brute strength allows him to overcome some of the poor strategy decisions he makes.

He attacked ~40k out in the 2019 Amstel and then missed what looked like the winning move until he threw the hammer down with 5K to go and started his desperate chase.

He attacked 80k out in KBK and almost managed to pull off what was a pretty silly move.

Other examples are out there, but you get the idea.

I think you’re right. There was a race last year where he waited on everyone else in the sprint to make their move and he lost by a hair to alaphillipe on the line. He looked extremely disappointed because he knew he could have won.
Ever since that race he has been much more instinctual and is the aggressor every single time forcing people to react to him. But, He also has the power to race that way.

Agreed! Sorry, I realised after I posted that I was getting down in the weeds a bit

One man’s “desperate chase” is another man’s “I know I can catch them in the end so I’m going smash this field to pieces and then hunt down the break.”

How silly was it if he almost managed to pull it off? Seems like an illogical statement.

Also let’s take a step back and realize we’re describing one man as making “poor strategy decisions” when he doesn’t win literally every single time.

Besides, I would argue it’s more fun for MVDP to do a hit out workout in a KBK with a bunch chasing him than do it solo in training. He just might not care too much if he wins that particular race.

How silly was it if he almost managed to pull it off? Seems like an illogical statement.

Just because a an unnecessary half-court shot goes in the basket doesn’t mean it wasn’t a silly shot. A positive result does not automatically equate to smart tactics.

At the end of the day, he was able to rely on his brute strength to overcome his tactical mistake. Does anyone really think that was even remotely his plan for Amstel?

Fair enough point, although I would hesitate to suggest that these races go according to anyone’s plan all the time. It’s why 1 day races are so much fun to watch - these guys (and girls now) slugging it out KM after KM, destroying each other’s plan.

Re: half-court shots, have you seen Steph Curry shoot around? Maybe not so silly

Is he human? Rumors have it that he reached the final step in ramp tests…

I wonder what his ramp test FTP would be. I bet it’s a bunch higher than his estimated 421w.

Yeah… if you can sustain 738W for a whole minute.

It’s not only the wattage itself, it’s also that he can sustain those power numbers for ridiculous amounts of time.

He won the genetic lottery - Raymond Poulidor was his grandfather and his dad was Adri van der Poel.

Or maybe he has secret cyclocross training methods or better drugs than everyone else?

He’s a generational talent.
I think he could be world class in nearly any cycling discipline.
And maybe even all at once, like PVP on the women’s side. Though I think he is even more dominant.
Watching him racing CX for years and dominating. Though he can also just mentally check out when things go south.

I wonder what his ramp test FTP would be.

Based on the numbers posted above from the Xert analysis he would fail after 20:30 with an FTP of 442 Watts, if he used 424 as his ftp to start with.