just set my kickr bike v1 up and did first TR workout today. coming from a Neo, with power smoothing turned on, the kickr bike erg is buttery smooth. instantly hits the target and doesn’t stray. Do you perhaps have Zwift open at the same time? perhaps they are competing?

Power smoothing only makes for a pretty graph, it doesn’t actually smooth power.

Pretty graph is fine to me. I don’t need the stress of worrying about targets. That’s what erg is for. If my graph looks perfect I’m assuming my trainer is doing its job over the course of a workout. The overs and unders don’t matter in the grand scheme of things.

Your trainer is doing its job either way, thats what @Charlie777 is saying.

Below is a graph fram the same workout, one is with Kickr Bike and Power Smoothing on, one is with Wahoo Kickr without smoothing.

The Kickr Bike would look the same as the Wahoo Kickr, if we were to turn on the Power Smoothing - as its just there to make the line flat, instead of showing the natural movement of the ERG fighting to keep you at the right watts 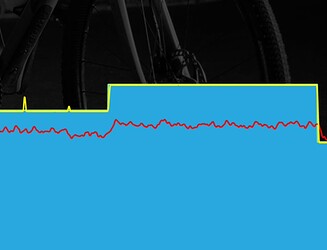 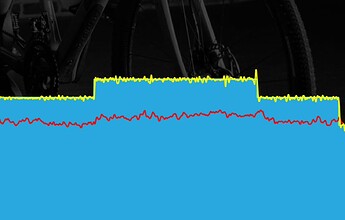