On the subject of living your deteriorating home country: 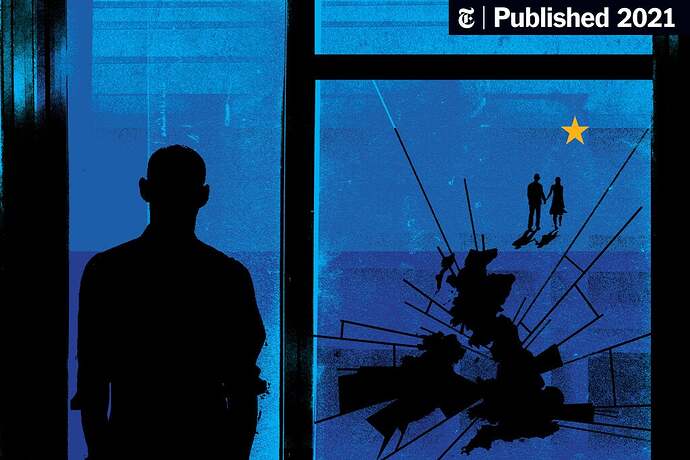 Opinion | Britain Has Lost Itself (Published 2021)

My grandparents, who fled Nazi Germany for Britain, would be heartbroken to see the country today.

This was an Op-Ed about Britain not even a week ago. The similarities are pretty shocking.

Is that the Lincoln you’re thinking of?

As a long time US federal employee and veteran I’m always amazed at how people can be so biased (not you, just generally speaking) and fantastically delusional when it comes to party politics. It is not limited in any way to either major party. The cult of personality during these last 2 administrations (Obama and Trump) has been a real lesson in how easily so many are manipulated. I’d call us sheep, but I think sheep are far less biased. Sad but true.

Re: double standard… the question is, what should be the standard? What we saw yesterday or last summer? From listening to commenters yesterday, it sounded like they wanted to see the police do what they did last summer, with rubber bullets and all. But back then they wanted de-escalation, sensitivity training, defund the police, etc.

Seems they were all united in the call for police violence yesterday and I can’t blame them.

the idea of moving abroad seems appealing on the surface, but making it work is daunting.

My “plan” would have been to make a case to our corporate HQ (based in Taipei) that there was large market opportunity for us in Australia and NZ and that opportunity needed to be handled by someone on the ground there, not form HQ (as it is done now). Lay out the success we have had here in the US and say “Let me recreate that there”.

But, as I noted, my wife was diagnosed with MS in the meantime and that killed any shot at doing the ex-pat thing.

I see what you are trying to do here.
And you may have a point. I dont think (at least its not my intention) to call for even more police brutality.
But the relax LE presence yesterday pales in comparison to some manifestations last summer.
If they have had the same LE/Military presence as they had protecting confederate monuments or Portland Federal building, one of two thing might have happen:
The protestors would have not try to enter OR
There would be many more lost of life.

Point is: I dont think is a double standard per se.

Summer demonstration were MOSTLY peaceful (yes there were some violence and some of it was provoke by the same people who enter the capitol yesterday).
Yesterday was 100% violent and the sole intent was to stop the democratic process of electing a president.

I don’t think is an apples to apples comparison when it comes to calls for LE presence and action.

Hey all! Just checking in here as there seems to be confusion about wether or not TrainerRoad will host discussions like this.

I completely understand that this is your community, and you all have every right to discuss difficult topics with your peers. I have no intention of censoring that, and so far, the discussion seems to be constructive and free of athlete-to-athlete personal attacks.
@mcneese.chad and I do work really hard to maintain a positive climate in the forum, and that very well may be why this feels like a safer space to discuss difficult topics, versus somewhere like Reddit where there is no monitoring, and anything goes. I think its fair to say that there isn’t a lot of constructive debate going on there LOL.

We’ll keep monitoring this thread and others, but there’s no need for us to censor discussion that pertains to your everyday life and well being, as long as we stay true to the Forum Guidelines:

Please feel free to check in with me via DM if you have any questions, would like to discuss this topic or any on the forum, or need a second look at any posts or flags. Im here to help!

Thanks for keeping this thread productive so far. Stoked to be part of this community.

@mcneese.chad and I do work really hard to maintain a positive climate in the forum,

And you guys both do an excellent job…definitely appreciated.

This. Every single bit of this.

Reminder of why these domestic terrorists accessed the capitol so easily…cops, by and large, sympathize with them. 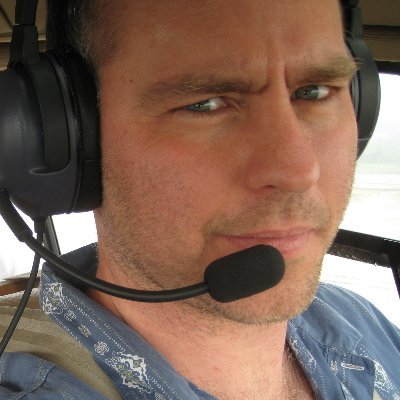 @ChipMitchell1
1/13 The people who stormed the U.S. Capitol are getting support from the president of Chicago’s Fraternal Order of Police lodge. John Catanzara, elected to represent the city’s 12,000 rank-and-file cops, told me last night he understands the frustration. His explanation:
2 Likes
RecoveryRide January 7, 2021, 6:02pm #76

That article eloquently summarises my own feelings as a Brit in 2021. It is a sad day.

what should be the standard?

Indigenous People have very strong feelings regarding this matter.

Meaning they’d love me to just go the f somewhere else?

No, well…they’d be happiest if WE never showed up in the first place!

Indigenous get riled, rightly so, at colonists who park their butt on their sacred land, use it & abuse it, and then leave when things go sour.

That you and your family have actually thought about the process shows you are much more in touch with “the other side” and much further ahead than most regarding the entire mess.

but to simply adjourn until after the inauguration (for the House; Jan. 19 for the Senate) in a time of national crisis?

Pelosi has announced that if the Cabinet does not invoke the 25th Amendment, Congress will impeach.

There is no “no politics”, the very decision to be politically neutral is a decision on what the forum owner considers to be neutral. To say “no political discourse of any kind” is itself a political position.

Democracy is fragile, it takes consensus for it to prosper

Democracy is the most resilient form of government by any measure I know, and it certainly does not require consensus - in fact I would say it prospers from diversity and tolerance of opinion and difference.

I would hope that the USA makes some, few perhaps but key changes, to address the - In struggling to find words that won’t offend anyone - flaws? Loopholes? In their constitutional democracy that have been recently exposed and mature as a consequence.

Agree on that 100%. And that should apply to those assaulting officers and destroying property, no excuses.

EDIT - looks like they did a decent job of rounding up and charging rioters when Trump was inaugurated: More Than 200 Arrested in D.C. Protests on Inauguration Day

And how many people were arrested yesterday?
of the HUNDREDS (THOUSANDS) who trespassed?
Some LE were helping people going down stairs!

Some LE were helping people going down stairs!

Joel, they literally moved the barriers for the terrorists and escorted them IN!!! Others took selfies with them.

Around 50-70 arrests from the various reports I saw a few hours ago.