Is now the time to buy a new bike?

What’s everyone’s thoughts on the future of the bike industry and supply issues?

It’s no secret that the bike manufacturers struggled with supply chain issues over the past few years. Some would say they capitalised and profiteered off the back of that.

I’m hearing more and more people discuss that there will be an over stocking issue in 2023. Here’s one YouTube example:

I need a new road bike, I’m thinking of the Giant TCR, I’ve found this one with a good(ish) set of wheels with a £700 discount. 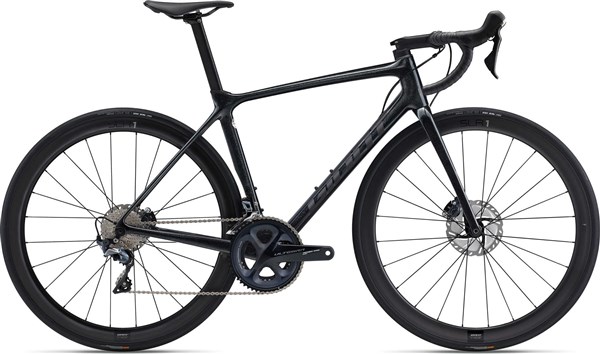 What’s everyone’s thoughts on the future of bike pricing

Does anyone have experience with a TCR?

My take is that we will see a drop in price but this will mostly impact low cost bikes (think below $500) rather than what most people in this forum use.

Where I live we still haven’t seen the new giant propel, the new trek madone and a lot of the canyon bikes are still out of stock. That’s why I don’t foresee any drop in prices for those.

There are so many variables. This is my logic.

I don’t see bike prices dropping significantly. Manufacturers are pretty savvy. I doubt that many have warehouses full of frames that they need to shift. If there is any pricing adjustment, I see it being upwards. Inflation will certainly effect things here in the UK.

I have been riding my PROPEL race bike through the UK winter. It has been faultless. Sounds stupid I know but, here’s my logic, again.

If I clean my bike regularly, carbon isn’t going on rust. I’ve got to go through an awful lot of chains, brake pads, tires, lube, etc… to get to a similar outlay as I’d need to make to buy a 105 equipped winter bike. I’m not willing to play that game. Keeping the cash in my pocket.

What’s everyone’s thoughts on the future of bike pricing

I think the trends are quite clear, and I don’t think they are good for people like us:

Regarding the bike itself, here is what I would advise:

My take is that we will see a drop in price but this will mostly impact low cost bikes (think below $500) rather than what most people in this forum use.

All things equal, I would assume that low cost bikes are already sold with fairly slim margins? I doubt they will be heavily discounted unless we see a collapse in prices drops across the entire supply chain.

Of course, discounts on higher end bikes will be subject to availability. So far it doesn’t seem like there is oversupply of expensive bikes, but let’s see when demand stagnates or even start to fall.

One prediction in this video is that we might see buyers having increased bargaining power, meaning it gets easier to buy a bike with the specs that you want instead of your new bike f.ex. having crappy wheels when they leave the shop.

Growth in the cycling business will likely come from e-bikes and not regular bikes.

You won’t go wrong with Giants.

Here’s an option for you if you fancied a self build. 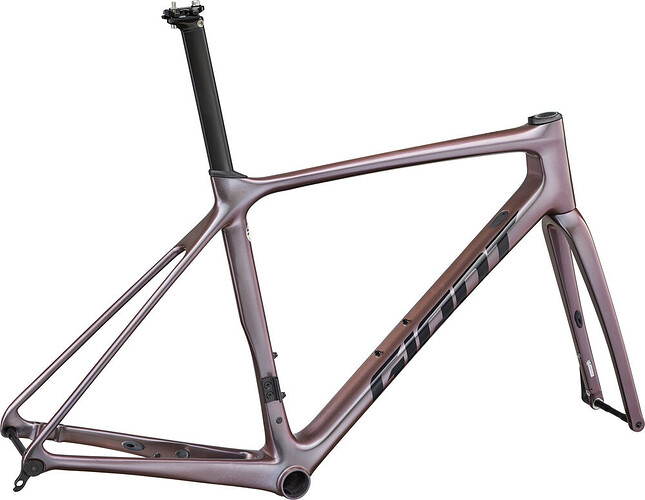 I read this article just a few hours ago: 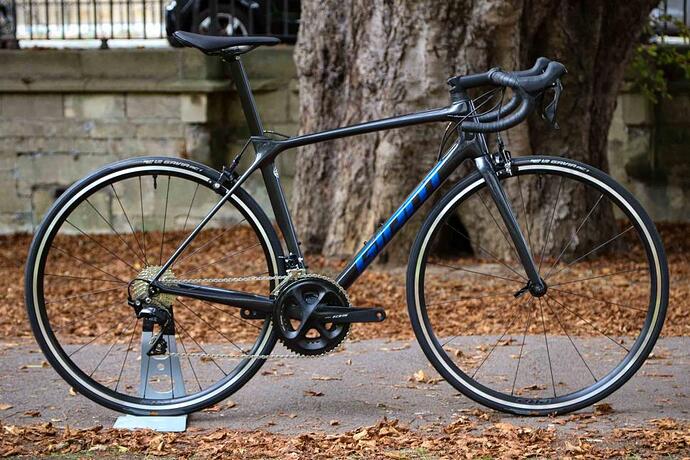 “We still believe the future of the cycling market continues to be bright,” says the Taiwanese manufacturer, as Merida insists its cash flow remains normal

I would say, if you don’t have to buy a new bike now, don’t. Higher end bikes are still often out of stock but manufacturers have loads of capital trapped in WIP inventory and this will inevitably force them to discount prices to help their liquidity.

All things equal, I would assume that low cost bikes are already sold with fairly slim margins? I doubt they will be heavily discounted unless we see a collapse in prices drops across the entire supply chain.

OK. That might actually be a possibility. From the road.cc article that @konradkowara links to:

“Due to the key markets currently entering into the winter slow season, inventory of entry-level bicycles has increased and its supply chain continues to face challenges,” a spokesperson for Giant said.

Both, Shimano and SRAM focus on more expensive, electronic drivetrains. Shimano’s 105 electronic groupset is close to SRAM Red mechanical in terms of price.

I think the win margins are higher on electronic groupsets. Mechanical ones are likely maxed out with regards to how cheap they can get. Also, electronic ones might actually be cheaper to produce - the derailleur does more of the work, but thr shifter electronics are about as complex as a car fob.

I think the win margins are higher on electronic groupsets. Mechanical ones are likely maxed out with regards to how cheap they can get.

An optimist’s take is that eventually electronic groupsets will come down in price, and are as expensive as the corresponding mechanical variants once were. I’m not sure this is going to happen. But like you wrote, a lot of

Also, electronic ones might actually be cheaper to produce - the derailleur does more of the work, but thr shifter electronics are about as complex as a car fob.

I think it is a two-edged sword: electronics needs to be shielded against water and sweat ingress. To be fair, I have also had problems of my Shimano STI levers rusting due to my sweat, but failure of mechanical components is gradual. With electronic components, it is usually binary. For example, there is a small English company called see.sense, which makes my favorite lights. Their customer service is superb. But I have had water ingress and condensation problems with three of their lights (different models). IMHO this can be overcome and needs experience.

Still, I hope that cheap parts like blip shifters will eventually just be included by default. These things are super useful, because you can use them for things other than shifting.

Great article, and very timely… for me anyway!

I think I’ll hold off buying anything for a little while.

Thanks - I was also looking at the propel but wanted something that I could race with and spend all day on.

The TCR is the bike for that. Google some reviews, it’s generally lauded for being a very good all rounder.

I resemble the video above. I wanted a new road bike for several years and was focused on a shimano build, carbon frame and carbon wheels. I snuggled between TCR, Scott Addict RC, and even a Factor. I couldn’t get everything I wanted that was at a price I thought it was worth so was waiting for sales.

However, I won’t race a road bike and my MO is long endurance rides, short punchy lunch time rides and decent paced club rides. I don’t need the latest pro peloton carbon cut out aero bike for that, and also I like my bikes to have a great back story so I was struggling with justifying the cost of such a machine but I would like - for once in my life - to buy top of the range. So, when a different yet very special one-off in my size found its way into a Christmas sale event with 20% off I went over budget and snapped it up - a heart based decision with a nod to the head based MO.

The morale; make sure you realistically know what you want, be patient and wait for the stock sales for which October - Jan is traditional. RRP won’t drop much at all, there’s lots of extra shipping and storage costs to pay for. If your in the UK looking for Giant keep an eye on Pedalon: Road Bike SALE! | Pedal On Cycle Store, free UK delivery

Some of theses deals may not be the deal they seem I thought the pro lauched cheaper than that, looking through the youtube videos the pro 1 disc version was around £3599, may be a fair price as there have been prizing increases but not quite the bargin there making it out to be.2021 Giant TCR Advanced Pro 1 Disc FIRST RIDE IMPRESSIONS - YouTube

Ash Cycles, sometimes have new old stock if you’d take an older model. I wouldn’t take anything other than the Pro (carbon steerer makes it about 200g lighter irrc.

There’s another shop but I can’t remember the name of it that sell heavily discounted Giants, but they have very minor marks on them… storage/courier marks etc.

What height are you?

Just looking at the bike you picked, I would go with 2022 version instead with the new Ultegra and Di2 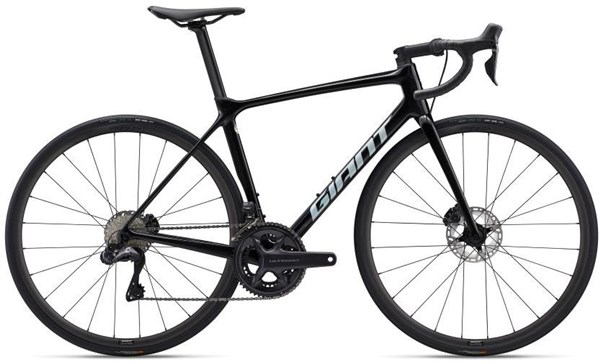 Good bike at a good price!

I rather have a good frame and groupset, and upgrade wheels later.

Not worth buying old Ultegra mechanical, with carbon wheels, for same price as new Ultegra Di2…

What’s everyone’s thoughts on the future of the bike industry and supply issues?

Almost all western brands produce in China for cheap and sell it in the west with a substantial markup. I think that Chinese brands will continue to take some of the market share with their own direct to consumer brands like Winforce, Ican, Elite, Farsports because (hopefully) consumers will start to get fed up with these inflated prices of off the shelf carbon bikes. Especially when they can’t make round holes, non slipping seatposts or cracking/breaking headtubes. Personally, I just can not justify spending 5000$ on frameset from a western brand that is produced in the same factory the B2C bike on AliExpress comes from for a fraction of the price. I can get a custommade carbon frameset for 5k$ or a TIME frame (that is actually well built) + decent wheels.

I need a new road bike, I’m thinking of the Giant TCR, I’ve found this one with a good(ish) set of wheels with a £700 discount.

We haven’t even gone into full recession yet. When the stock markets have crashed another 30% and unemployment is increased, you’ll probably seen better sales.

I like the idea of a building the bike from a bare frame. I was talking to someone who was out on their first ride on a new DurAce Tarmac SL7. He couldn’t get the complete bike from Specialized so he built up a bare frame. He figured it saved him $4000 and the only real difference was that his bike has Zipp wheels rather than the Rovals. When high end frames are 5-6000$, but complete bikes are $12000 you have a ton of wiggle room to shop for deals on components.

Specialized is crazy. They charge significantly more when you buy the complete bike from them. It used to be the reverse where you couldn’t build a bike as cheaply as they could.