Applying the ideas of Jordan Peterson to cycling training

guys, i kinda set out thinking this could be be a positive thread. setting goals, taking steps towards them, learning, applying yourself, setbacks etc. even the notion of what we do in our training, rubbing off in some ways on those around us, either directly or indirectly, and not necessarily cycling related. JP discusses lots of this type of thing, and even though all these things don’t need JP for them to happen, its making me more aware of them, which then helps me carry on.

an example for me is the goal of ftp 300, after years of bouncing about from 250 - 265. how has JP helped? well, he advises, imagine how good you could be if you just applied yourself and did what you knew was right for a longer period. how would that turn out, because you have no idea how good you can be. so i’ve applied myself (like i usually don’t) and we got to 286 a few weeks ago (250 at christmas). even better, tidying up my diet along the way has rubbed off on a cycling buddy and my wife, who are both eating much better. JP did nothing at all, apart from make more aware.

Congratulations on the progress to date @cagiva_wmx125!

One concept I‘d like to share with you: „ be fearless on the bike“. It has done wonders for me recently.

My current main line of thinking in this concept is: it‘s okay to push yourself to the limit, and don‘t fear failure! Often you don‘t even realise what fear of failure is. It likes to hide as „I can do this interval, but it‘s so hard I can‘t finish the workout so I‘d better reduce now“, „I can cover this attack, but then I will blow up“, „I can‘t push harder, I am already cross-eyed and I need to maintain situational awareness in order not to run into a car on the road“.

The first two are simply excuses, plain and simple. If you are going to blow up, then blow up. You‘ll surprise yourself how often the limits you are sure are set in stone, really weren‘t there at all.

The last one is fairly valid, so do these type of intervals on the trainer instead of outdoors! Collapsing on the trainer never hurt anyone! Fearless doesn‘t mean indestructible

this year, i’ve stopped referring to failure in workouts. i don’t see the workout as pass or fail anymore, where i did before. this year its about getting the most out of each workout, and some days the limit comes early. those blow up days used to derail me a bit, not so much now. this has allowed me better consistency, and 300 for years end is still on target.

very problematic stuff he has said

Could you clarify for us? What did he say and what are the errors in his reasoning in your opinion?

Could you clarify for us? What did he say and what are the errors in his reasoning in your opinion?

I don’t want to go into too much detail for that would derail the thread. But in short, I object to Peterson’s common framing (and strawman) that he is fighting against post-modernist Marxists whenever something happens he objects to. That pretends that there exists an ideologically coherent block on “the other side” and everybody is in on it, from university administrators to judges and legislators.

His style of discussion where he leaves a suggestion in the room, but then wiggles out makes intelligent discussions with him very hard (have a listen to the two early episodes on Sam Harris’s podcast). While this allows him to always claim he was misunderstood or his words were mischaracterized, it is not an honest tactic in an intellectual exchange. It is a way to “win a debate”, to “destroy the other person” as Youtube commenters often frame it, but it is not a good way to explore other ideas and challenge your own. Both of these points make discussions with him intellectually boring.

The first two bits might just make him unpleasant, but there is more that makes him unacceptable to me: he promulgates a very ahistorical stance on the Third Reich, and continually uses language that was coined by Nazis. The latter is a pattern rather than isolated incidents where he misspoke. He’s clearly very, very intelligent and well-read, so he knows what he is doing.

There are other people whom I find interesting even though I disagree with them a lot. One example is Sam Harris. While I think he has short comings (anyone does), from some of his podcasts I learn a lot.

For a better idea where I am coming from, have a look at the video I linked to by Contrapoints. Another video that focusses on Peterson’s views on the Third Reich and dog whistling is by Knowing Better. Even on a philosophical level, just his conception of truth is royally forked. I recommend you listen to the two episodes of Sam Harris’s podcast where they get side tracked by this. I hope that helps.

On behalf of fellow Canadians, I apologise for JP. Sorry, eh.

Thank you for your reply. Ideas are interesting to me, but only when I can test them.

Just to bring some levity to this thread, cycling had Rule 5 long before JP….

For some reason I just love the classic Peterson putdown: “The stupid person’s smart person”.

I would recommend you also check out the book The Fearless Mind. The author discusses some aspects of what you connected with regarding JP with a focus on athletic training. The author is LDS, but I’m sure you will be able to discern value in the reading even if you’re not.

On this note, i think imma go make my bed, bucko.

I don’t really care what Jordan Peterson thinks, but making your bed is for suckers.

I prefer to let the sheets have some exposure to air so they can dry out a bit. #TeamDontMakeYourBed

WAY OT - For the next rapid fire section on the cast:

this thread: exists
me: 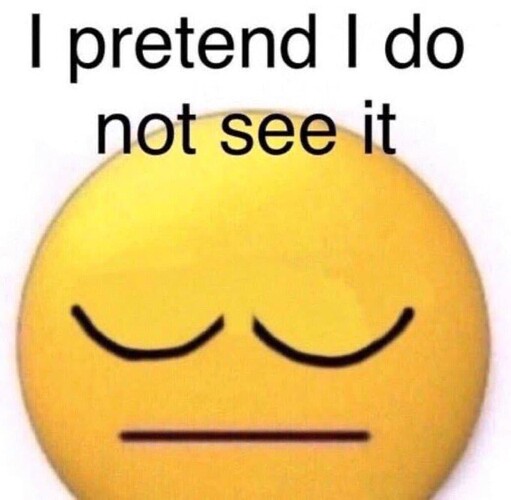 Me: wanting to drop a moderator note of our community guideline of ‘contribute constructively’ but not knowing what that would even look like on this thread.

Thanks to those of you being cool to each other while talking about… making your bed yes or no (lol wut), and also thanks in advance for continuing to flag anything that is intended to cause dissent.

Jfc not this forum too. Can you guys not just stay in your echo chambers with this?

For the moderators here, this is how they (read: alt-right) work. They come in with something benign and pretend to act in good faith. Then the next thing you know the whole place is 4chan lite and you have an unusable, unfriendly, hate-laden forum that isn’t even remotely attached to the topic/subject it started out as. Don’t believe me? See any of the thousands of subreddits ruined, random niche forums now made nazi, and even Facebook that these types penetrate. It starts just like this. Nip this in bud now. Remove the post for all our sakes because I like it here.

Weird way to rip on someone asking a simple question, definitely a great contribution to the forum on your part

I’m making the decision to close this topic.

Nothing productive toward making people faster is being discussed, and instead people are personally attacking each other.

Let’s be excellent to each other and embrace constructive debate on topics that make us all faster.