I recently took delivery of a Ribble CGR Ti- it’s a beautiful bike to ride and covers multiple disciplines including gravel and road.

Ribble have a very helpful comparison at the following link which shows the exact frame set weights of the equivalent geometry in Ti (1810g), alloy (1680g), steel (2300g) and carbon (1150g):

I also have a lightweight carbon bike - the frame weight is 798g which is a full Kg lighter than my new Ti frame.

There will be a lot of differing views on this but my opinion, based on my direct comparison, is that emphasis on frame weight (and bike weight generally) is overplayed. There’s not much difference in my speed riding a bike that’s at least one Kg heavier. I also find the ride quality better.

For gravel Ti is more durable in my opinion which is helpful if you’re likely to drop the bike on choppier surfaces.

Just to give another perspective on weight, Greg Lemond won the 1990 Tour de France on a steel bike that weighed 9.1 Kg at an average speed of 38.3Kph. In 2020 Tadej Pogacar won the same race on a carbon bike weighing 6.8Kg at an average speed of 39.9Kph. Both riders were / are considered generational talents, almost identical in height, weight and BMI, and the race was over almost exactly the same distance.

Pogacar was also benefiting from every tech advance of the previous 30 years (aero, electronic bar shifters etc) but his ave speed was only 4% higher when Lemond’s bike was 25% heavier.

I think go for what feels best to you, regardless of the weight.

Images of both my bikes attached. 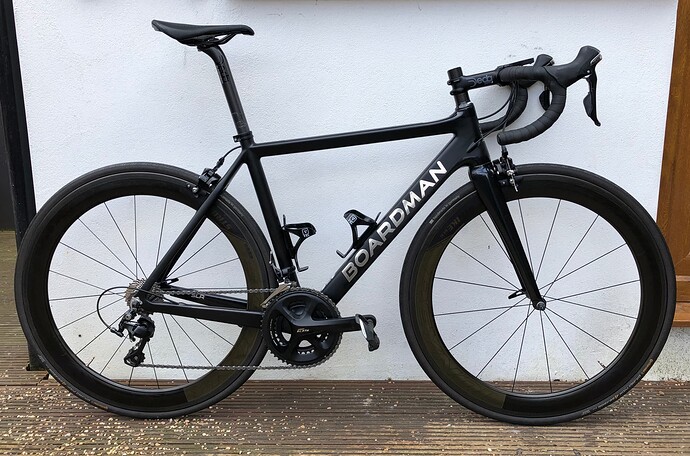 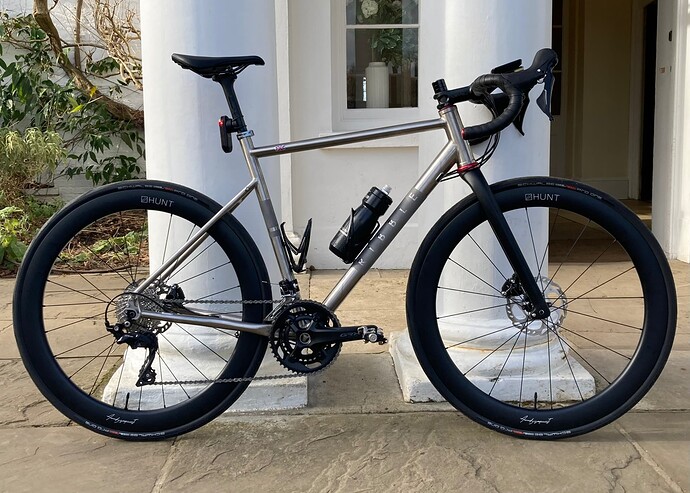 I am envious. I keep looking at the CGR Ti on the Ribble website but can’t justify it to my wife. I bought a Ribble Endurance SL Disc last year and already own two other bikes.

I had a similar issue. I got round it by buying my wife a CGR AL with a custom paint job…

Just to give another perspective on weight, Greg Lemond won the 1990 Tour de France on a steel bike that weighed 9.1 Kg at an average speed of 38.3Kph. In 2020 Tadej Pogacar won the same race on a carbon bike weighing 6.8Kg at an average speed of 39.9Kph. Both riders were / are considered generational talents, almost identical in height, weight and BMI, and the race was over almost exactly the same distance.

Meh…apples & oranges really. The course is never the same, so even if the distance is similar, elevation weather, etc. all play a big role.

Also, races are conducted at the pace the group decides to ride on any particular stage…so it can be quite slow for awhile and blazing fast at the end. there was also a lot more TT’ing in Lemond’s day.

And at the risk being extremely nitpicky, Lemond’s bike in 1990 (and most of 1989) was a TVT carbon frame, not steel. 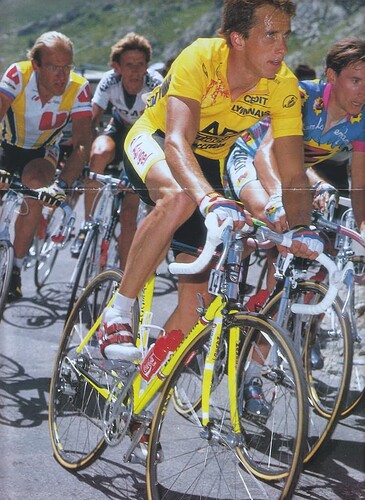 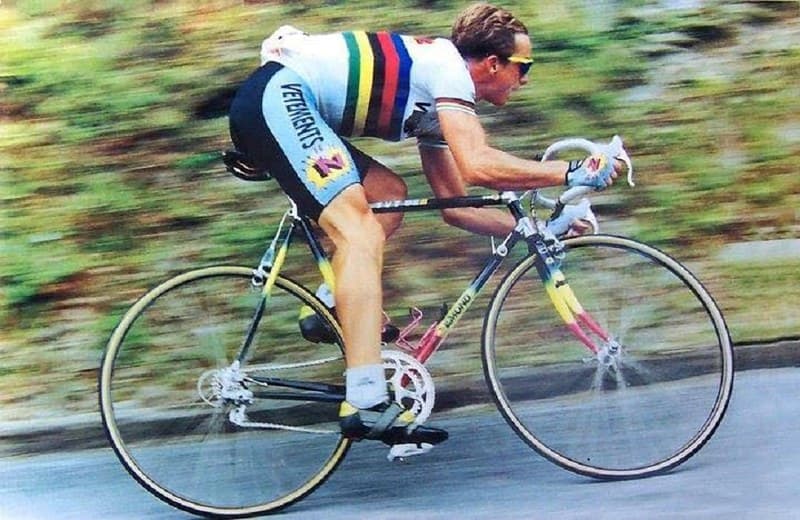 I ordered a T-Lab X3 and I’m waiting for it to be delivered. I think the weight is 1280 for a small. I ordered a medium.

Yep - I realised I was on quite shaky ground even while I was on that soapbox, for lots of reasons

Hadn’t realised Lemond was on that bike either.

I think the rider weights were correct though!

Regarding the “foreverness” of titanium. Sometimes welds break. The most forever bike is the one that comes with a lifetime warranty with a good company backing it.

That said, I had a Litespeed that I rode for almost 20 years. None of my welds broke. I really enjoyed that bike but I did move on to lighter carbon bikes and they did have a little bit more of a wow factor.

In durability, Ti excels in the whoops department. Minor falls that could damage carbon won’t even faze Ti. With the right finish, you can also refinish your titanium bike over and over, making it look new again.

I have been back and forth about about purging the quiver and just getting an X3 to cover a few bases (Road/Groad/Gravel/CX), I have an acquaintance who has ridden the X3 for a few years, raced CX on it and has many a road and gravel 100 miler on it too. Nothing but great things about that bike. It also seems to be one of the Gravel Cyclist regular rides, he loves his X3.

I just can’t bring myself to selling my LOOK 585 and picked up a Fuji Cross 1.1 last year for CX, which now covers winter road and gravel all year too.

If I was in the market, I would probably buy this: 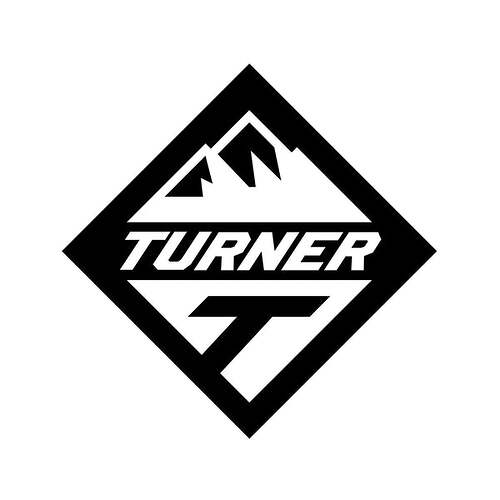 Tuner is pretty well known in the mountain bike world. But also, I actually know him. We met doing local bike races and I still see him all the time. He races his Ti hardtail at the local XC races, he and his wife ride their Ti hardtails at the local trails (we ran into each other a couple weeks ago and chatted for a bit), and they race their gravel bikes in local events.

Dave is very passionate about bikes, even after all these years. He still wants to talk about bikes.

I’ve got the CGR Ti and couldn’t recommend it highly enough. Lovely feel to the ride and easy to swap wheels over to go off-road if need be. Appreciate I’m probably not helping your relationship with your wife but you won’t regret getting one!

I’m on a Cyclosys & love it. Coming from an mtb background I’m on the opposite end of the gravel spectrum from most here & im running a 70mm dropper which is actually less than I’d like. DT told me I wouldn’t need it & he was right, for most folks. The geo on this bike is quite stable compared to my last, cross influenced, gravel bike. But I ride it where most wouldn’t & a high post gets in the way. It’s a mechanical grx build 46/30 crankset with an 11-36 cassette, 25mm internal rims on 240s hubs. Going to maxxis rambler 45c soon. Love this bike!

Also Mr. Turner was SUPER helpful during my build process & was quick to reply with random advice or any more technical questions I had. He wasn’t a fan of my tan bar tape, though 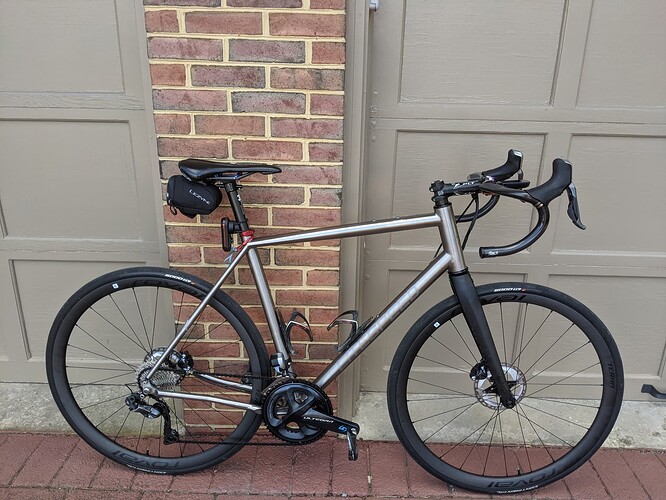 I just finished building this Litespeed Watia (still needs handlebar tape). I have some 28mm GP5000s on the pictured wheelset but have other wheels I can put on when needed. I sold a Allez Sprint and another generic Chinese Carbon Gravel frame recently as I wanted to slim down the number of bikes and liked the ideal of less bikes but with different wheel/tire options. As it stands the Watia in a 58cm weighs just under 19lbs so I’m really happy about the weight.