Strange hill to die on, brother.

I think everyone agrees that there are caveats to every “rule.”

I think everyone also agrees that you can develop skills by using a tool that makes the task harder (e.g. a hardtail).

You can also develop skills by using a tool that makes it easeir (like a full susser) because you can experiment more with lower consequences. This is clearly also true.

Both of these are good, and no one here can say what’s best.

Nothing veiled about it. You are actively pushing this issue that is well off topic and flirting with the forum rules.

How many times are people going to post the same thing in response?

I’m responding to people that have responded to me. What about this or my responses is “against forum rules”?

Hopefully that helped, ericv. Do you feel better now?

As already pointed out:

Your “feel better” comments in response to constructive comments are confrontational (not being excellent, and are pointed to the person, not the idea).

Again, you haven’t necessarily made clear rules violations, but your posts are not in the spirit that we value in this forum. This is getting contentious in ways I dislike, and would be happy if we all moved forward.

Back to the topic, everyone, please.

We can all choose to drop the side discussion and move forward with the topic at hand. I know I would appreciate it and I expect many others would as well.

I installed a 4iii crank PM which weighs only a few grams more than the standard crank it replaces. I haven’t raced with it yet but the info has been really interesting/useful.

I’m planning on using NP/IF to pace XCM racing. Not sure in an XCO that there’s much point other than to know on a climb how hard you can realistically go without blowing up?

The other consideration is pure tracking for TSS and such. May also be worth post-ride analysis to overlay with your RPE and race experience, with the hope of learning what you can work on in the future.

I’d want to have the data to use later, at least.

I put one on my Lux as well, Wahoo mount on the stem. I never look at it until afterward to track progress on different splits and TSS. I can see where it might be more useful on rides with long smooth climbs, but anything with technicality to it will make looking down at your power detrimental if not dangerous. Better to focus and look later

Couldn’t get the e13 cassette running well? Were you on the 12 or the 11 speed? My opinion might be biased due to how haggard the drivetrain on my Ransom is currently. The bar is set pretty low…

I’m curious though how much value there is to be had in a race where, sure there may be some longer steady climbs on some XC courses, but mostly it’s going to punchy and there is not much to be done even w/ monitoring power. Kate Courtney sort of echoed this on the podcast, but I’m wondering how many of you use power to race XC? Would you ditch it for the grams? Would it distract you? Are you making these decisions based on course? Tips, tricks, thoughts?

I have a Lux (for now) and an XX1 on it. I generally don’t look at power during a race but like to look at data after.

The only time I have ever used power in a race was when I was in 2nd place, early in the race and I was tagging along behind the leader. Every 1-2 minute climb I was on his wheel and observing his effort. I determined that I could match his pace up the climbs as it was under my FTP so I may as well send it and see how long he can hold on. So pacing the leader and observing his effort up climbs vs. my capacity gave me confidence to let it fly. Realistically I would have attacked anyway without the power meter and I believe I was the stronger rider that day so I don’t think it made much difference on the outcome of the race.

In general I like to look at the data after the race (we are talking XC and not XCM which I would approach differently) much more so than during the race. I will occasionally look at NP during a race but I think I could get by with total time and total distance and the rest just isn’t that important to me for XC type events.

That was a 12 speed e13 with a gx eagle drivetrain.

Would you ditch it for the grams? Would it distract you? Are you making these decisions based on course?

I’ve got PM’s on all my bikes, including HT and FS bikes. Only exception is my fat bike at the moment which I rarely ride.

For a punchy XC races (or training rides for that matter) that is less than 2 - 3 hours, I might glance at the numbers but really it’s riding by feel. For a race, I would simply push my limits on something that isn’t super long. However it is really nice to get the data after. If you go back on train on the same course you raced on, it can be super valuable to know what you did on race day and see if you can match it in training later. For training on punchy course, I keep an eye on what my .IF is and see how it is fitting into the days plan. If I’m doing a 5 hour ride pacing is important so the PM helps guide some of the efforts and surges.

For long marathon races (Leadville, Wilminton Whiteface, etc), PM is super helpful, at least for me. Helps you keep you efforts measured on the long climbs, work on pacing, etc. Not everyone subscribes to this though but for me it’s an important part of my plan.

Personally I don’t see any situations where I would want to ditch the PM for the grams. The data to me, even if I just use it after the fact, is always going to be helpful and valuable.

The only time I have ever used power in a race was when I was in 2nd place, early in the race and I was tagging along behind the leader. Every 1-2 minute climb I was on his wheel and observing his effort. I determined that I could match his pace up the climbs as it was under my FTP so I may as well send it and see how long he can hold on.

Really great example of how the PM was valuable. Very cool.

I agree with the sentiments which is why I had the cinch pm on my scale, but I chose not to spend the extra money on one for my blur. It’s kinda just fun to geek on the data after a ride, but it was mostly pointless to me. I instead plan on buying a gravel bike and put one on that for training, for pacing long gravel races. 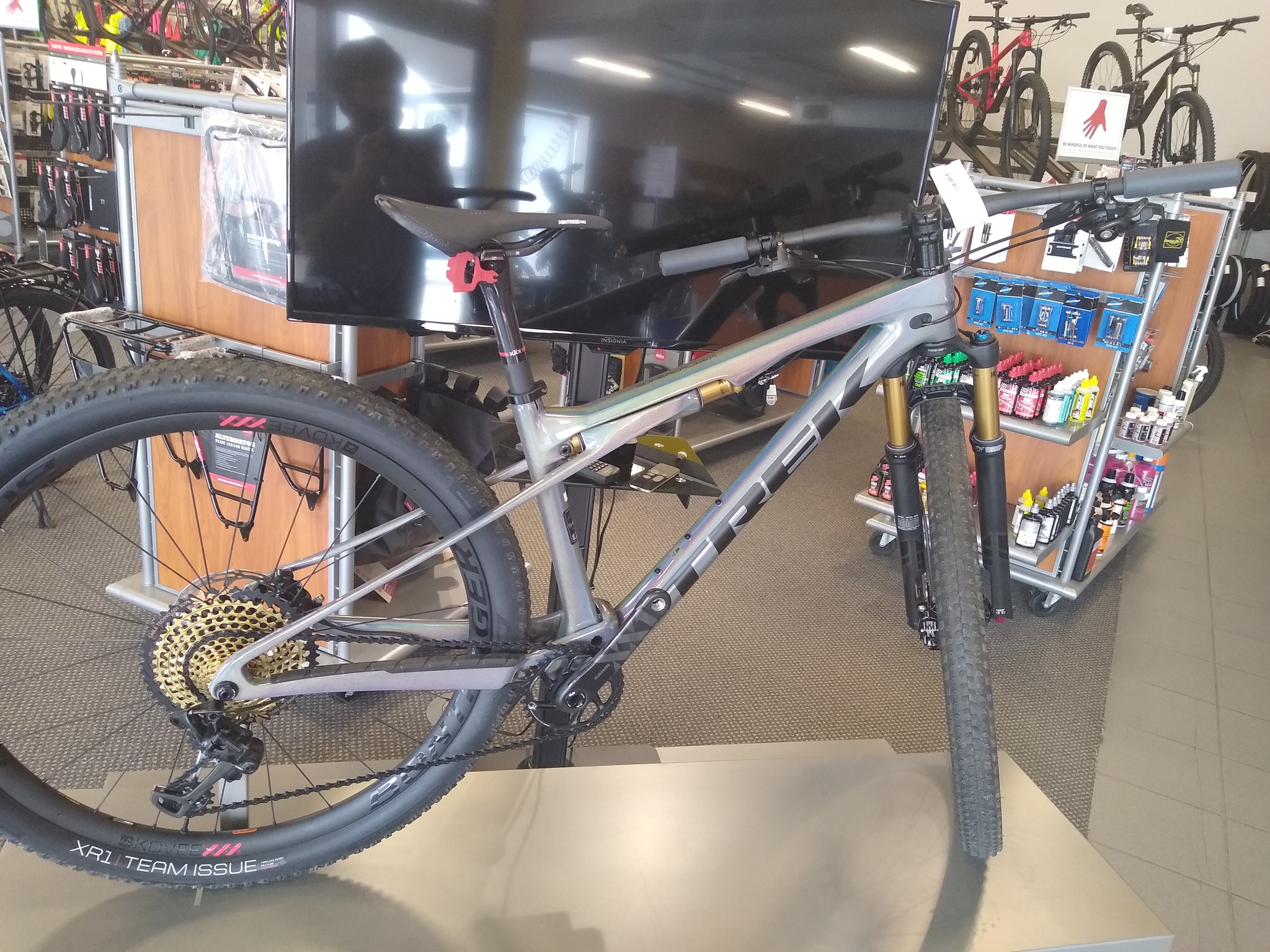 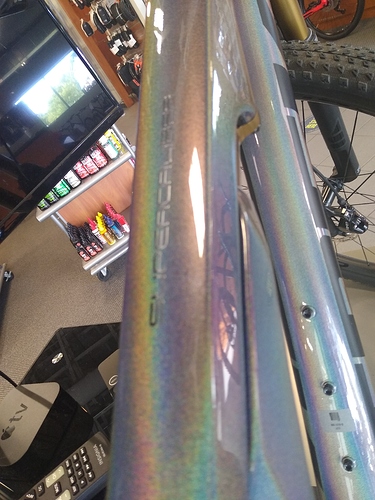 With all the talk of bikes being out of stock I thought id post this up. Freewheel bikes in woodbury mn has this $11,000 supercaliber with icon paintjob for $8500. Size medium. Trek took photos of it for their website but never ridden. I’m sure you could arrange payment/delivery over the phone. Smoking deal

Excited to see what they have for gravel bikes. Treks aren’t shipping until April.

Wow, that is a long wait.

This is a unique market situation. Now would normally be where I would look for a current year model at a discount. Not much around.