Really enjoyed Carillion +2 this morning, 30s variations during the 10 min efforts made for a strong session with plenty of focus.

Darwin was in my calendar tonight. As I’ve done lots of times now though I had RGT running in the background and TR running on my tablet controlling the Turbo. It notionally gives me something varying to look at. I say notionally because most of it was done in the TT position and it’s harder to see the laptop.

Mitchell today, fell apart. Wanted to quit after 3 sets but then pushed through the 4th. Felt my form falling apart and legs just didn’t want to turn anymore, could have lowered intensity but decided to bag what I could at 100% and save myself for the weekend 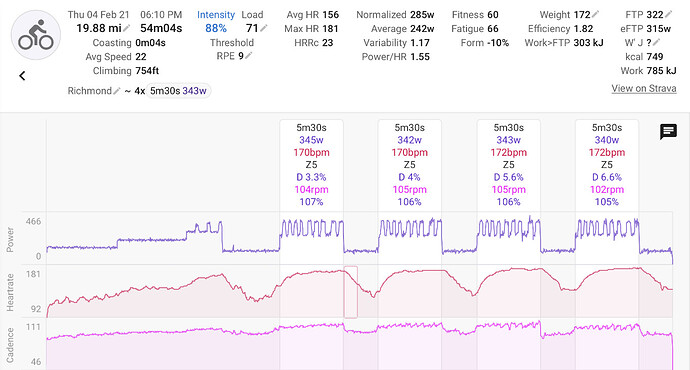 One of those days when I should’ve turned down the intensity to give my fatigued legs a chance.
I was late getting on the bike this morning so no biggy. No work means no money for toys. 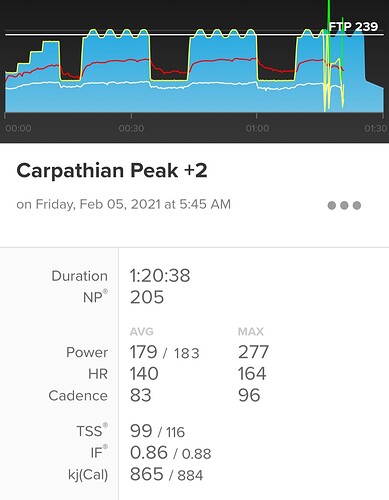 One of the things I’m very happy with is how well my heart rate rises under load and falls when off load:

Was gonna do this while riding the TdZ stage 7.

Had all sorts of issues with sensor pairing to zwift and my garmin and ditch them early on.

After 66 minutes(smack dab in the middle of the 3rd interval) on the struggle bus(I wasn’t having a particularly good run at this but I was working through it.) my earbuds stopped playing. When I went to swap to pandora I accidentally closed TR! At this point the cortisol was sky high. By the time I was able to get the workout going again I was furious with the current situation. Struggled mightily to get going again. Managed to finish but there was a couple of times goming off the overs the power dropped well below target for a bit.

Just for the record, this looks miserable. Congrats on pushing through the snafu and finishing.

Up earlier than usual because I had to be at work early, and didn’t sleep all that well last night, so fairly pleased with this even if I needed a little easier recovery than planned. Managed a couple minutes of threshold at the end. Day off the bike tomorrow.

I woke up hoping to spring out of bed, eat some easy carbs, and throw over. Nay-nay, it is hard to motivate myself for this kind of work when I’m waking up in a cozy warm bed, especially after the best sleep I’ve had in weeks. So, I had my breakie, coffee, and started work.

Work ended at 3:30 pm and I immediately leapt out of my easy chair and about 15 minutes later I threw over. This was a hard workout, I know riding near threshold is hard (who says steady is easy) and this workout lives up to that idea. I got my wind back and started to hit up my bottled fuel.

The second interval came on and was accompanied by Tchaikovsky’s Marche Slav, and that worked very well. I turned up the volume and the determination of the march translated into determination to turn those pedals. Still, when it was over I was very glad. The workout was almost done, but one more interval to go. Yeah, it was hard but I powered through it and when it was done, I finished off the energy drink, took a recovery drink, changed, and fired up my snowblower to clear my driveway of the 4-6" of fresh snow. I don’t think that is a suggested recovery activity but it was a fairly easy job and 30 minutes later my wife and I were on our way to visit some friends for a good old fashioned Wisconsin fish fry at their house.

Senger. I love these kind of workouts!

Follow me on a path to my 1st Ironman at http://www.instagram.com/klemen_suligoj 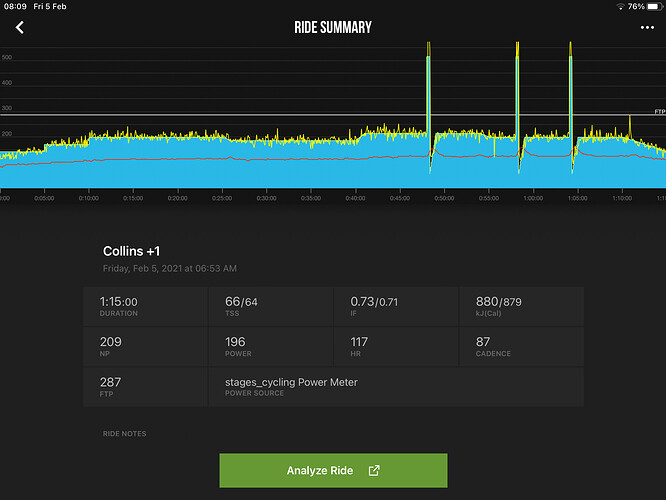 Those sprint efforts certainly woke me up

Good God that looks brutal. I can’t believe you went back for seconds when you’d a perfectly good reason to quit😂. Fair play💪. 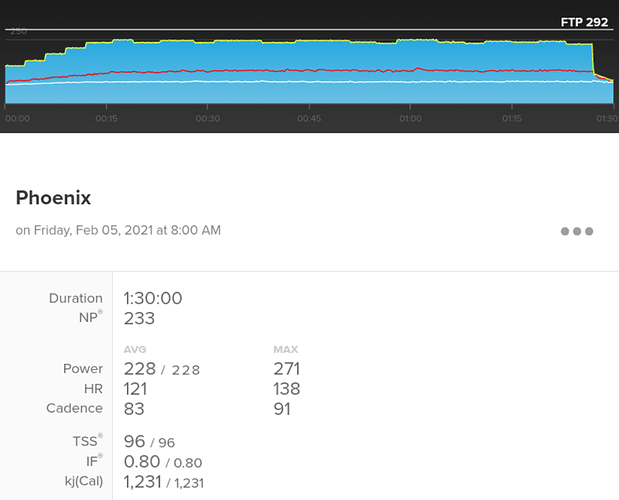 Had to skip this last night, so teed it up for this morning. Normally followed by a short brick, but I’m going to try to cram today’s workout (Eclipse) in later, so I reckon that’ll be plenty of work for today.

Since then I’ve done a block of polarized training (all intervals were short-shorts, so haven’t done a lick of threshold or any long duration intervals in nearly two months). 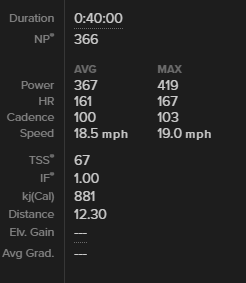 Felt like I paced better than the second assessment, was a more even effort, although I was able to increase wattage a bit in the second half. Interesting to me how similar the efforts felt with nothing but the 30/15s for the six weeks in between

Hard to have any significant learnings when you test the same before and after. That said - I’m close to what my stable max FTP is (can get higher for peaks, but while training at this volume it rarely goes above the 360-370 range) so who knows 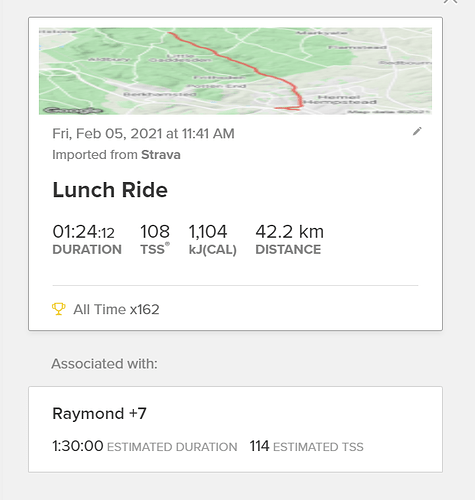 Raymond +7 outside. Nice day for it. Tough but doable. I can feel the fatigue building from this block. 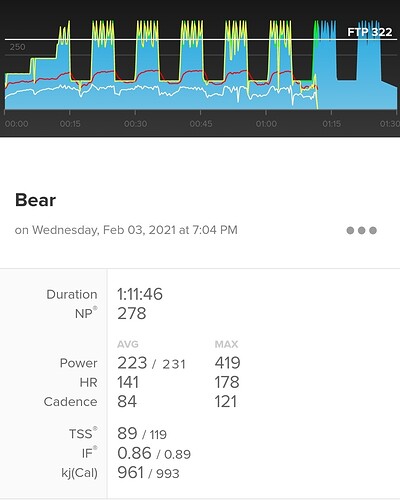 Aah, the mighty Bear, or should I say, Bear -2 since I was forced to skip the last two, just as things were getting interesting.

I had a good start, spinning up the overs, recovering well on the unders. No reductions. Main lesson learned: decouple breathing to spin up, then synchronize exhales with pedal pushes to sprint finish. Recovery will come. The reward: Solid time @ VO2max HR zone by end of each 5 mins. Not as much as regular VO2max intervals, I feel, but the magic was happening.

The problem? I got a late start and Dinnertime intervened. Just when the intervals turned panting to drowning, the kids emerged from their lairs. I’m pretty sure I could have wrecked myself to finish, but well, not with such a critical audience. Such are the joys of apartment living

This block’s anaerobic intervals have taxed my hamstrings. The back of my knee is sore. I need to adjust fit and maybe chill things out little. But,those intervals really weren’t as bad as they used to be. Progress! 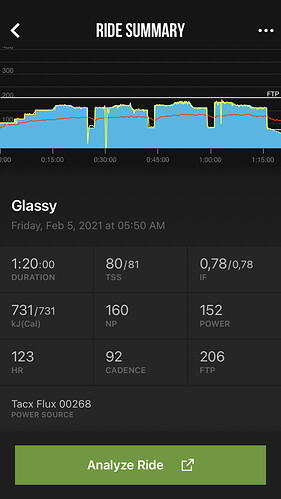