You might or might not have seen the new video from GC performance, where he analyses an Instagram picture of Lorena Wiebes, riding an unreleased Specialized cockpit. It’s very anecdotal, but a guy I know working for specialized has confirmed to me, that this is in fact a new Specialized cockpit!
We know nothing about the bike yet. GC speculates that the frame is bulkier than that of the SL7, while to me it looks just like the SL7, with an integrated Roval Aerofly + Stem solution.
After releasing the SL6 disc for the tour 2017, and the SL7 for the tour 2020, it is all but certain, that an SL8 is due next year.

So a better bar?

I’m going to go out on a limb and predict that the SL8 will be:

You read it here first

Don’t know if it’s better than the 2-piece system Spesh is currently running, but I guess it’ll be lighter and more aero, at the price of adjustability, price and ease of use.

Likely you are correct. If that in the picture really was the SL8, we might see a very minor makeover à la S5 or V4RS. Considering how good and competitive the SL7 is, this is actually highly likely.
However, there are rumors the SL8 might also be significantly lighter, as aero as SL7, to leave more room for a new Venge type bike.
Rumors though. 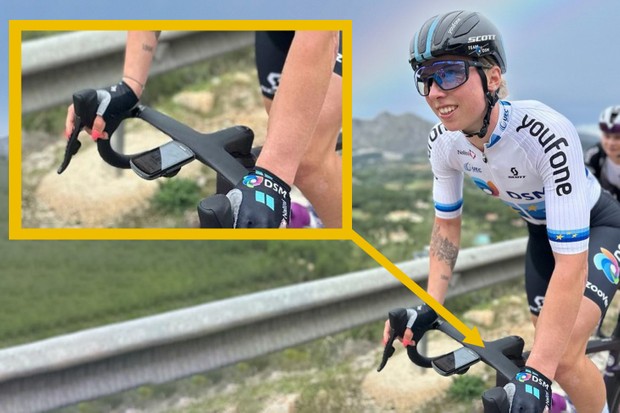 New Specialized aero handlebar spotted | Could a Tarmac SL8 be coming in 2023?

What has Specialized got up its sleeve?

Not a lot of news though…

Fully expect it to be announced with very similar claims to the other big brand releases of the year/revision cycle. Nominal silhouette updates centered on the UCI tube profile regulation change (beefier BB and headtube), and aero improvements coming almost exclusively from rider ergonomics (the new Trek Madone’s aero claims are almost wholly attributed to the cockpit re-design and this would probably be up the same street) and maybe some frame/wheel interface changes. I wouldn’t expect a significant weight reduction nor wholesale geometry changes. Price and number of propriety parts will probably increase, and lack of mechanical drivetrain compatibility wouldn’t be a surprise.

You forgot stiffer and more compliant

it has to be, the 4 forward facing bolts holding the Rapide handlebars on my SL7 stem do nothing but catch the wind and ruin the air flow!

I guess I am just confused why would she be testing out new team bike in old team (DSM) kit? Just seems weird Spesh would choose to debut bike with non-spesh team.

You forgot to add stiffer too

Is there an echo in here?

It had be said again so it’s not forgotten!

I don’t care about the marketing claims or how expensive it will be, I already set aside funds and am ready for the Spesh force-feeding me a new bike in the summer of 2023 LOL. 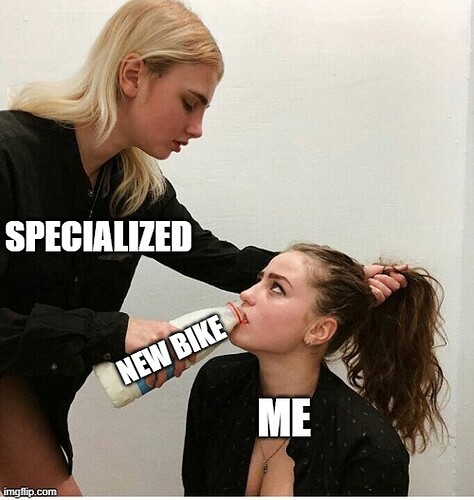