All of these points are interesting.

I feel like in shorter sessions <2.5hr I used to be able to get away with very high concentrations of High 5 Energy Source and smash a load of SIS gels on top, taking on loads of energy. But I guess over 150mins I’m starting out hydrated so my body has enough fluid to buffer the carb load.

A tougher 3hr session such as 2x20mins sweet spot, then 4x3mins at 120% then 50mins 80-85%, on a warmer day, hydration became an issue. Equally a typical 4hr ride of generally mid z2 with 60mins of sweet spot sprinkled in, hydration is definitely a problem. As @cwiggum mentioned the guts start to go. Energy can’t be considered in isolation and hydration has to be factored, for me anyway.

Part of what has led me down trying to get my head round all of this is, as I mentioned I ‘used’ to be able to tolerate high concentrations but as of late I think I’ve broken something! The day after taking even a 5-6% solution my guts ache. It’s really bizarre. I’m trying to figure out if it’s a fructose malabsorption thing. Did I break my GLUT5??? I really hope not

But again, on the commercial point, if Maurten/Beta Fuel are just more of the same, why isn’t everyone offering it?

How to add some taste to melto/fructose combo?

I have used Nuun tabs and Precision Hydration sachets. Others have used TRUE Lime and/or Lemon, or lemon crystals. Just about any flavoring will work.

The BCAAs arrived and I used them in my mix the last two days. I used the recommended serving size of 2/3 tsp (2000mg) yesterday and the flavor (earthy soapy) was noticeable and, honestly, a bit unpleasant. This morning I used 1/4 tsp with no noticeable flavor. Today’s workout was an endurance ride so I’ll report back on whether the BCAAs help with RPE.

I ‘used’ to be able to tolerate high concentrations but as of late I think I’ve broken something! The day after taking even a 5-6% solution my guts ache.

I’m just spitballing here, but has your regular diet had any changes. I’m wondering

if gut micro biome could have something to do with it. Taking in all the sugars we do on the bike day in and out could negatively effect your biome. But if your off the bike diet is good, then it could maybe keep your gut in check

I used to add Mio or other liquid flavorings, but I find that they make the drink too sweet so I just go without flavorings now.

I’ve had this thought before and been down that rabbit hole too. For sure all these drinks are highly acidic and foster a less than ‘healthy’ gut biome. I generally have a pretty decent diet. I’m vegetarian, but also lactose and casein intolerant so not far off plant based. I do take a lot of eggs down and can tolerate whey isolate.

I don’t believe my diet has changed but I haven’t been tracking it closely. My suspicion is that it’s general gut fatigue. From what I’ve read as cyclist we put our gut under enormous pressure all the time by loading it up with nutrients, then pedalling really hard which draws all the blood away from the organ.

I have some 50:50 malto:dextrose powder due shortly. Plan is to use a light mix of that, 50g per 700ml, along with solid food, namely https://willgirling.com/portfolio-item/endurance-energy-bar/

Another point of interest for me on Beta Fuel is actually the pH. They suggest it’s neutral. I’m intrigued to know how they’ve achieved this too.

If you’re having trouble mixing Malto, use a Blender Bottle. I’ve used these for years for protein drinks & now mixing my Malto mix. It dissolves all powders quickly with no need of hot water. I use my Vita Mix only when making a drink with solids mixed in, bananas etc.

Just added Juicee orange to a 750ml bottle of water and 60g maltodextrin, tasted like lucozade sport as far as I could tell. £7 for a 2.2kg bag. Bargain

Do you have any info on why malto/fructo would be acidic? My understanding is that they don’t change pH levels. Some iso/salt additives can be acidic but sugar shouldn’t be?

I’ve had a look around https://www.bulkpowders.co.nz but can’t seem to find any fructose to buy in bulk unless it’s labeled something else. This site also sells to Australia, so maybe some of the Aussies here have bought fructose through the site or another one maybe?

Anyone able to help out?

I just bought some malto from them (Au site) but didn’t notice fructose on there. I got some from a health food shop (where I used to get my malto from too, but they had to order it in so I just skipped the middle man).

Fructose is not showing on their .ie site at the moment either.

My understanding was that certain foods, when they were digested in the gut, they turn either acid or alkaline. Sugar I was led to believe turns the gut acidic and creates a less favourable pH for gut flora and our microbiomes. Equally, some acidic foods such as lime/lemon juice actually turns alkaline in the gut. I can’t quote any science on this…

Unfortunately, they’ve stopped selling it. I emailed them and they confirmed this. You can still buy Bulk Powders’ fructose on Amazon (selling remaining stock I guess).

Here’s an Amazon deal on an Electrolyte powder. I’ve never used this one before…just doing some shopping. 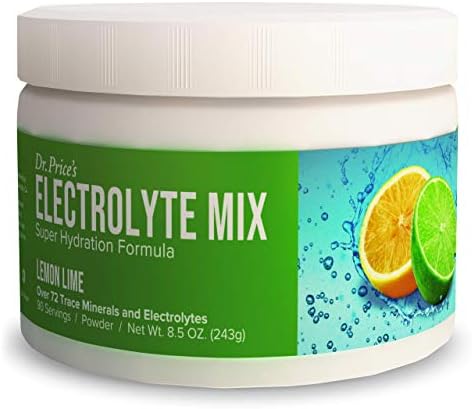 Kind of a pity it includes sodium and potassium - they’re thing you want non-trace amounts of, but are cheap on their own (as eg, lite-salt). Flavoring and carbs make of most of the rest. Also I’m amused to see the price double (from $16.99) when you posted to almost $35

You got a link for this mate?