I asked support about this and they confirmed it doesn’t affect the workout prescription. I still fill it in though

Exactly! Although one could have hard results on improvement, subjective feeling is extremely important. That’s why I also prefer JOIN than TR, it doesn’t drain me as much as TR.

BTW I found this nice link where they help you pick a plan:

Which training plan fits most? By simply answering the questions in our selector you'll end up with the training plan that fits you best.

i did a warm up, zwift race, and the cool down (so three rides) and they uploaded without issue, I’ve given feedback and not being prompted for feedback, so hopefully it’s sorted now

Raw hard improvement without regard for how I’m enjoying it isn’t my thing. I don’t want to be completely drained all the time.

I agree with the intent of this graphic: 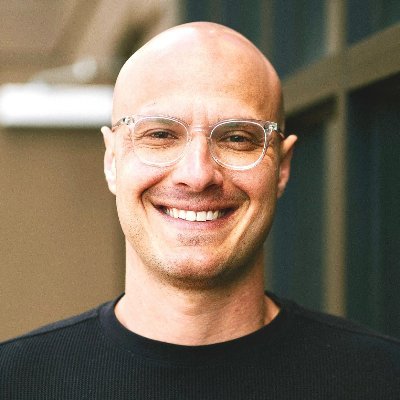 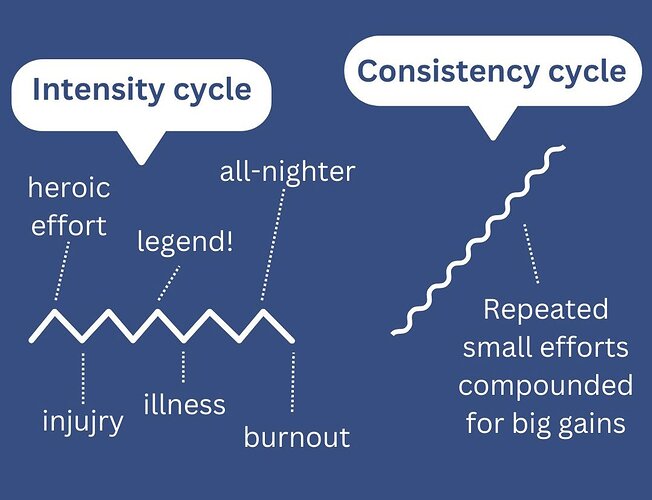 however fitness peaked just as high with intensity, for the same volume. Agree with the issues of too much intensity - and would add that I was usually too tired to enjoy after dinner family time. Plus feeling burned out and repeated injuries as per the graphic.

Using my own results, I would redraw with volume. Because in my data its clear that high intensity with low volume (3-5 hours/week average) has ALWAYS been lower than higher volume (7-10 hours/week) almost regardless of intensity. The advantage of lightly sprinkling intensity into each week - fitness compounds without burnout/injury/illness and its possible to add more volume.

Must have just been me. Reset the connection to strava and it came right in.

With the Strava fiasco, I submitted a feature request to allow importing from Garmin as well. Who knows - maybe it’ll happen!

There is already the option to import from Garmin in the connected accounts section.

I haven’t used as Garmin won’t push Zwift / TR workouts to Join and I don’t record indoor rides on a Garmin device.

That… must be new (or I glossed over it previously when I was toying with it and looking on the FAQs). And good to know.

Entering 4th month of using JOIN and still really digging it. Setting availability and having it adjust around is just too convenient and removed a lot of my prior constant tinkering with workout schedules, and it’s ramped my CTL steadily without me having to really think about it. Did the endurance plan for 2 months and now FTP plan, interestingly FTP plan didn’t really change anything versus endurance until about a week ago, I suspect because it was still increasing my volume until it could actually fit more intensity in. Just got my first rest week which is the most difficult thing so far.

It’s a bit of getting used to having the workout selection be opaque, but if I wanted to do a more explicit progression like SS TTE, then I think it’d cope just fine with working around those manual workout and prescribing appropriate volume work around it.

Did the endurance plan for 2 months and now FTP plan

I am also in the endurance plan for 9 weeks now. Don’t know if I also go to the FTP plan or for an event plan. Is the FTP plan much more intense?

I am also in the endurance plan for 9 weeks now. Don’t know if I also go to the FTP plan or for an event plan. Is the FTP plan much more intense?

So far it’s felt largely the same as endurance, but then my CTL is still increasing steadily, I think I’m the frog being boiled

I think not having a set plan and only seeing a bit into the future helps with that, my time is steady over next 8 weeks but level is projected to go +2, which must be from intensity increases I assume?

It’s a bit of getting used to having the workout selection be opaque,

This is why I couldn’t get on board.

You’ve been riding for 3 months without a rest week?

You’ve been riding for 3 months without a rest week?

Oh, it had scheduled them before, but I’ve had holidays/visits to family which dropped my workouts out so it rescheduled. I guess first forced rest week, and most of the time it’s only scheduling 1-2 intense workouts a week with the rest being more endurance-level work (though it’s fond of 75% FTP intervals in those).

Thanks. That makes a lot more sense.

It hasn’t really given me a rest week either. Around Christmas I had limited availability so my volume dropped for a while, and this week I have an event on Sunday which it’s given me two rest days before, but no distinct rest week. I’ve actually got past 100% of the FTP plan with a few weeks remaining, but I don’t want to start a new plan until early march after I get back from holiday so will just see what it gives me until then.

Which plan is the endurance plan. I’ve just started the LSRF plan. Is that the one?