listening now, and re: beet juice, i’ve tried the shots, I just can’t get into them. I may try it and mix with a lot of apple juice and see if that helps. if I understand correctly, beetroot powder capsules aren’t as effective, but wonder if they’d be a reasonable tradeoff if someone really can’t stomach drinking the beet juice

Have you tried mixing with a natural sweetener like honey or maple syrup?

Thanks for the update. Looking forward to the podcast.

My beet juice recipe is 2-3 beets with 1-2 carrots and 1/4 of a pineapple. It definitely negates the beet flavor.

I tried lemon as @Jonathan mentioned but all I could taste was the lemon. Even when adding other fruits.

I definitely noticed improvements with beets. Maybe it’s because I’m very far away from the elite side of athlete

Due to recent revelations, I’ve done a

load of reading on this stuff.

As @Pete says, you gotta take a TON to reap the benefits. And yup, it’s nasty.
However, the nitric oxide in the BRJ isn’t super robust and one of the best things to mix it with is pomegranate juice which preserves the NO efficacy. My ratio is 3:1 BRJ/pom.

I’ve been downing 500ml of BRJ/day for nearly 2 weeks (for health reasons, not performance).
My resting blood pressure has dropped 5% and my exercise-induced hypertension BP has dropped 30%.
(I now have the BP of a child and an old fat lazy smoker.)

The reason caffeine (and chocolate) negates the BRJ effects is because caffeine constricts the blood pathways and NO dilates those same pathways.

As for dark chocolate…same deal…you gotta chow down a lot of it to get material benefits. Probably better ways to get better results.

@Pete mentioned a study on different beet root supplements and the mg amount in each one. Could we get a link to said study?

Heard a recent interview with Adam Hansen in which he referenced rocket as a great NO rich alternative to beets. Personally I don’t mind the flavour of the concentrated beet shots too much - in any case you just neck it and it’s done.

At the risk of sounding demanding - but is there anyway you can index the content via time here.
Some of these topics interest me a lot and being time crunched I’d love to pick out those bits and catch up on the other bits if time allows.

They do that, but it’s not instantaneous.

See episode 199 for an example. They hyperlink from the topic table of contents and go to the timed section in the YT video.

Thanks - yep - this is neat for the laptop. Just think an index would be useful for a Spotify / Soundcloud user too.

I don’t use Spotify and have no idea what is or is not done there.

rocket as a great NO rich alternative to beets

Rocket/arugula has the highest NO content of any food. I also eat a lot of it. And, if you have the space, it is incredibly easy to grow.

I love beets, but am trying to find the highest quality supplment/shot or whatever.

So far I’ve only seen RedAce as the one thats been tested against raw juice.

Which has the highest quality of content/production.

I’m going to try it next week 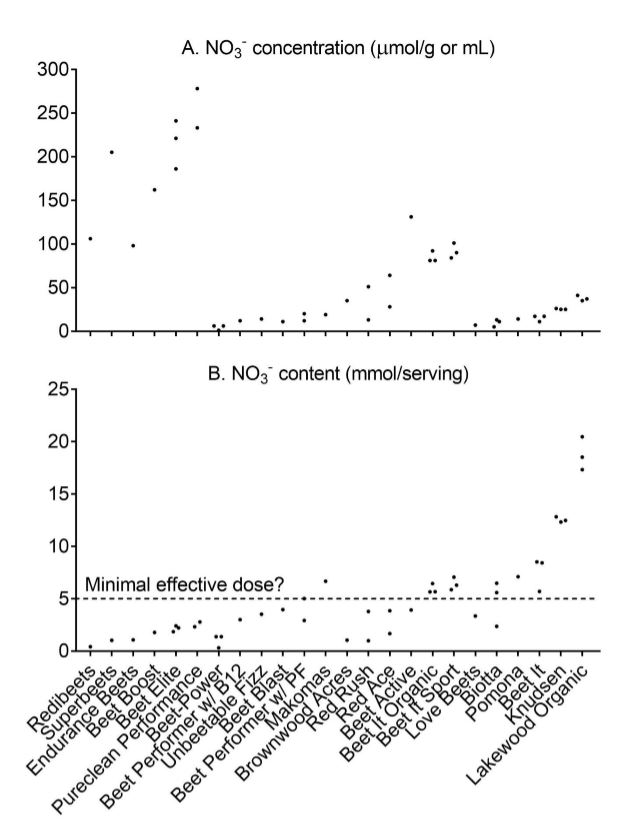 From a longer thread on slowtwitch started by Dr. Coggan regarding a beet juice study: https://forum.slowtwitch.com/forum/Slowtwitch_Forums_C1/Triathlon_Forum_F1/What’s_in_your_beet_juice%3F_P6758856/

Thank you for doing the analysis of the TR subscriber in which you discussed using the TR data for self analysis.
I would definitely benefit from if that type of thing on future podcasts.

Here is the study that was mentioned: Data Driven Athlete | The Blog | Does Beet Juice Really Make You Faster on the Bike?

Enjoyed the episode. Congrats on #200!