My pacing strategy is “don’t puke” and “try not to be last”.

Had my “A” race today and it went really well apart from the odd front derailleur mechanicals that I had. It had a lot of climbing and off camber sections with a fun technical wooded section. I didn’t kill myself on the climbs, but kept it steady and then accelerated out of the corners. I tried my best to stay on wheels as they came. I lost the function of my front derailleur during the last lap, so I finished the race in the small ring sprinting with another racer for 35th place. It was an awesome competitive finish to the season. There is one last race, but it’s more of a fun race in my region called Ice Weasels in December to round out the year. Thank you all for the helpful advice over these past few months. 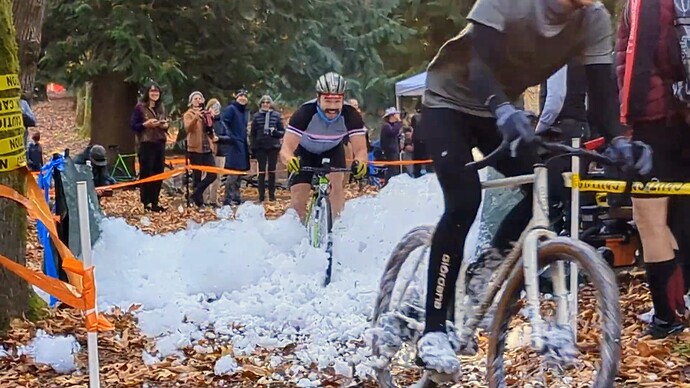 Nice! We have a pair of CX races after Thanksgiving here in the Buffalo NY area. With several feet of snow on the ground, they will be… “interesting”.

If you wanted to extend your season a little more, there a couple of races down here in CT you could do: Governor’s Guard (day after ice weasels) and then cx nats (a non championship race if nothing else). Just sayin’

CX is being resurrected here in Louisville after some time without a race; Saturday and Sunday races December 3 and 4.

I’m signed up for masters and single speed, both days. Happy to get some races in this year, albeit last-minute.

Thanks! I haven’t been committed enough to travel to CT for a race yet. A 2 hour drive is about the limit I was willing to drive this year, because of the early start times for the 4/5 fields. The cyclocross reddit page opened my eyes to the amount of travel racers are willing to drive for a race, so maybe I’ll venture down to CT next year.

I’ll be at nationals spectating though! 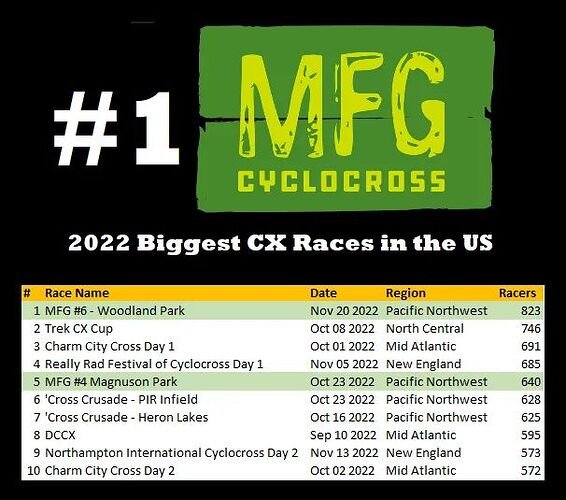 Colorado state champs were held in the snow, 8" 2 days before the race… much fun was had. Also really neat to see the mens / womens opens (Scott Funston & Eric Brunner had a dead sprint for the win) 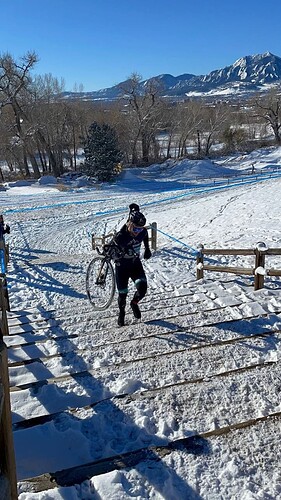