So the normal GP5000s clincher is faster than the GP5000TL? Funny

Is that surprising?
Only GCN and other uninformed „read-off-the-manufacturers-marketing-material“-outlets have peddled the notion of tubeless being outright faster than clinchers. I think much of that is based on either bad clinchers (and as you see from the graph above, a lot of companies build slow tires), or usage of heavy, slow butyl tubes.
Fast clinchers with latex tubes are still the outright fastest option in many cases. But they have other downsides.

I hadn’t paid special attention to that before, so I hadn’t noticed.

But they have other downsides.

Can you tell more about the downsides?

I’m pretty sure Josh Poertner is of this belief and I would hardly call him uninformed.

As with everything else, the answer is “it depends”. But I am pretty sure Josh (and others) have the data indicating that the right tire / wheel combo and setup is faster with tubeless. Hence th reason teams like EF have been running it for TT’s for a few years now.

There are very fast tubeless tires.
But according to independent testing, the fastest tire ever is a clincher (2020 Veloflex Record), the Michelin TT is as fast as the Corsa Speed.
Also, the Specialized TC with a latex tube basically beats out any road tire, tubeless or otherwise.

Most tires are slow, regardless if tubeless or tubed.

Most tires are slow, regardless if tubeless or tubed.

Especially when they are on my bike

Not sure it fits perfectly here, but as the issue is on my TT bike and its more related to TT bikes, Ill just give it a shot:
I installed Aerocoach extensions on my Shiv and tried the new fit on the trainer first. When I took it off the trainer I apparently knocked the rear derailleur into crash mode and when I tried to reset it using the DI2 button I maybe did a whoopsie. Additionally I switched the left and right extension shifter.
As I had to open up the DI2 Windows Program anyway (to switch left and right extension button function) I also did a quick software update on all the components. 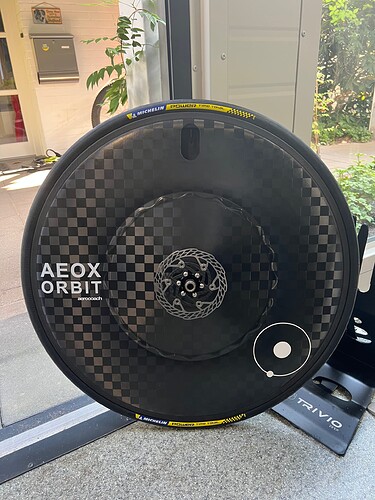 I’m going to give those Michelin TT tires a try one of these days.

I was going to try and angle my elbow cups before my next race. I feel really comfy in my current position core wise but my hands eventually go numb on a longer TT. I think it might be related to a point load on my elbow, so I am trying to alter that. The new brackets came yesterday to let me do so but the angled spacers were only dispatched 2nd class yesterday and the post is on Strike today so I doubt they’ll come in time for testing, Ill probably need bolts anyway and the Revolver pads have a full adhesive back (not velcro). Given I am number 13 I don’t think I’ll bother #superstitious 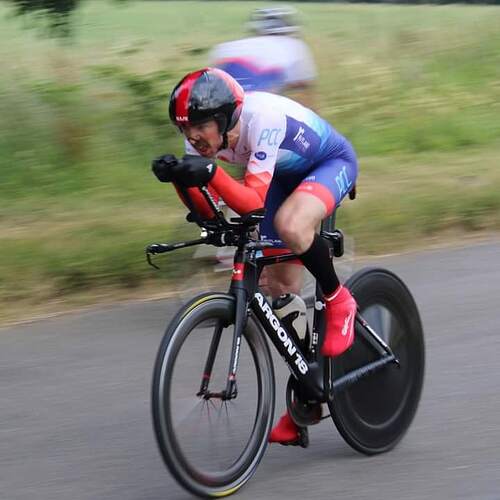 I got my Rule 28 NeoSuit & Aero Baselayer in the past couple weeks. Haven’t done any testing yet, but excited to try them out at our state championship TT this weekend. Couple points of disappointment so far:

The suit + base layer - overall the fit is very similar to my 2017 NoPinz. Unfortunately, the base layer does stick up in the back a little, but it’s covered by the helmet at least. 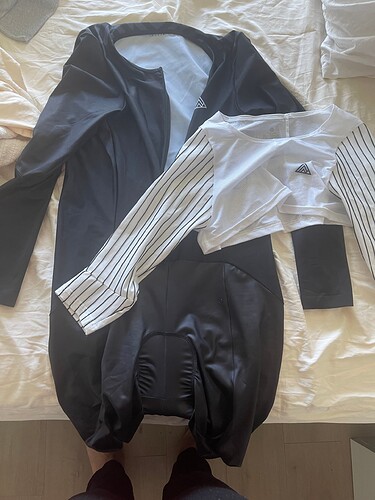 When I received the suit I noticed it looked like the pocket was just a piece of mesh adhered with heat tape. When I tried it on, the number pocket started peeling off as it stretched. Clearly, given the price, I was very disappointed. 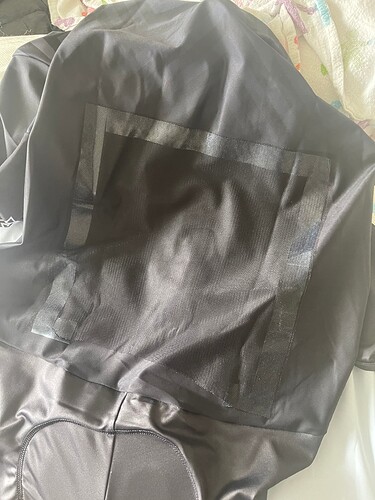 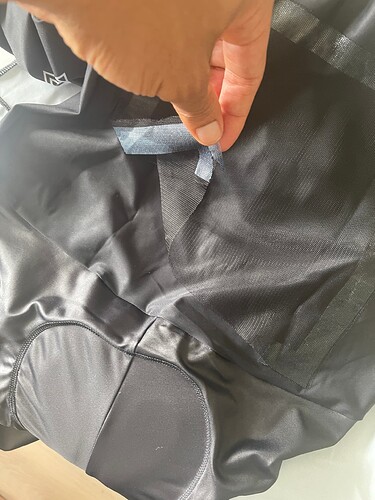 I contacted Rule 28 about this and they mentioned that the pocket was intended to be reinforced with a double layer of stitching, which apparently had been forgotten. My options at that point were to ship the suit back for repair (at their expense), which would have been a huge time issue given the event coming up, or find a local tailor to make the repair (also at their expense). Given my time constraints, I chose the latter, result below. While it still doesn’t look great, at least the number pocket stays on. Ultimately, I think I’ll ship it out to NoPinz to have them install one of their pockets. 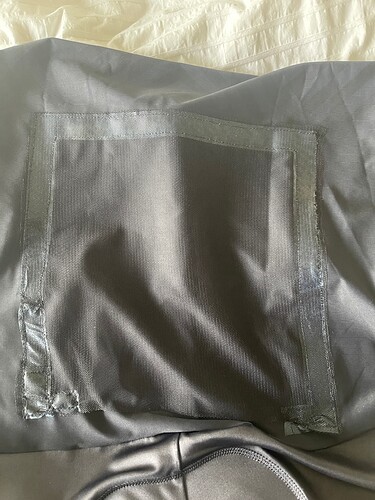 Suit looks fast, but we’ll see how this weekend goes. I’ll get some testing in against my other suits over the winter. Overall, I’m pretty disappointed in the purchasing experience, but hopefully the performance makes up for it.

Sorry but this really unacceptable for a $500 premium suit. In my view they should be couriering you a brand new suit immediately and letting you use the current one while you wait.

A successful evening of fettling on the TT bike tonight, thanks to a mate. I ordered new brackets for my TT pad so they could take angled spacers, which I ordered at the same time. However, when they came neither had any bolts so he offered to find some in his garage. Unfortunately they needed M6 bolts and he had none long enough with a flat head. So we ordered some and they came yesterday and we fitted them tonight. Hopefully that spreads what was a point load on my elbow which was causing my hand then whole arm to go numb and sore. It probably not helped by bad circulation after my chemo a few years ago. 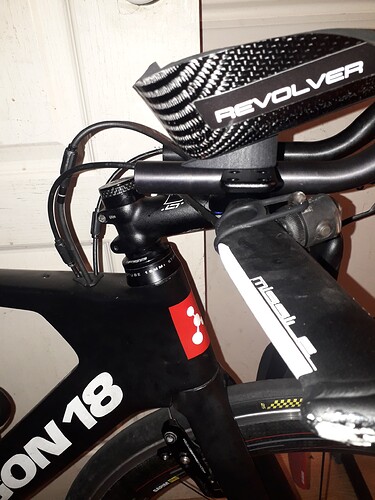 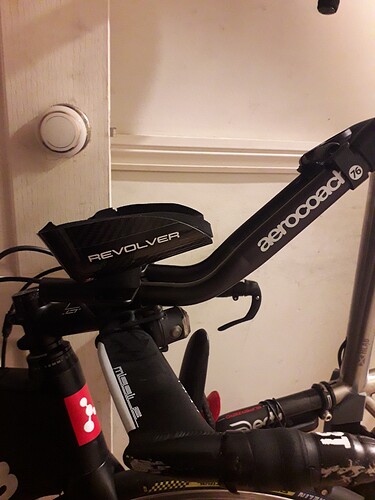 I pointed out to Aerocoach that “Orbits” are actually elliptical

A circle is just a special type of ellipse.

Sure, a circle is a degenerate ellipse with both focal points at the same point.

…and I don’t want an elliptical wheel