provisional results but just under 253 miles and third place (second place about half a mile ahead of me, first place was about 15 miles up)

Awesome! Congrats, mate - great result. It must have been tough in the heat. How did hydration go in those conditions? Did you stick to plan, or take extra? And did the hand-ups work as hoped?

at the end of the 12 hours i was still going quite well, a few small twinges of cramp, and was in good spirits so i would say that fuelling and hydration went well, every hour i did a 600ml bottle of beta fuel and a beta fuel gel, then i also was taking either a bottle of plain water or a bottle of water with electrolytes in every hour. Probably half the plain water got drank and the other half got poured on my back/legs/feet. On the two occasions that i stopped for a nature break, i made sure i was near my helper and put away a whole bottle of electrolytes then as well. The change in course probably resulted in it being easier to take take feeds as i passed my helper approximately twice an hour and he could hand up without stopping. I don’t think it was a day for riding unsupported.

best guess would be that i took on 7-8 liitres of water (with another 4 poured on me) and 1440g of carbs. I was about 1.5kg lighter than my normal weight this morning.

One of the best things i did was make up some ice socks the day before which felt great when things really started to warm up, i think it got up to 35 degrees in the afternoon

for those who have managed to close the gap between their road bike and TT bike power, how long did it take you guys? did you do anything special?

Or, what I already did with the normal GP5000 in the past, use a GP5000TT at the front and a Michelin TT at the back. Main reason for me to do that was that I used my Enve 5.6 front wheel that I use also for road racing. But with the lower RR of the GP5000TT I can see that going onto my designated TT front wheel, too.

I was actually thinking the same thing. The 25c GPTT is nice and narrow, making it very aero.
The 25c Michelin is fat AF, balloon to over 27.5mm on my 19mm internal disc. Should be half a watt faster plus a little more plush to ride on… and tubeless on disc wheels is not for me.

I don’t see the point in trying to close the gap. If you exclusively ride your TT bike, you’ll eliminate the gap. But would you be faster than if you rode your road bike and TT bike?

I can get a lot more Work done by riding my road bike most of the time. That stimulus then helps me get stronger on the RB and then also on the TT bike. It’s also a lot more sustainable. Riding the TT bike too much is just unpleasant IMO.

I don’t do super long TTs but I’ve done a few 100 mile TTs and had no issues with my position. So, I’m confident I am sufficiently adapted, but I still have a ‘gap’ of 25-35 watts. It’s just one of those things. I could put out more power in a TT if I sat up and went less aggressive in my position. But I would go slower. The only metric that matters in a TT is average speed.

Agree with Sam - trying to close the gap isn’t something I would aim for, they are independent in my view.

IMHO all the intensity should be done in position, whether that’s indoor or outside, as you need to get used to a) going hard in position and b) riding your bike at race speeds on the open road. If you can do your endurance stuff on your TT bike then great, but don’t sacrifice training quality if your road bike is going to be more fun/convenient/sustainable etc.

I take a slightly different perspective

Its interesting to know the gap between road bike power and TT bike power. If the gap is much more than 10% (maybe 30-40W), it might make you question whether your TT position is too extreme. Typically, you may have closed your hip angle too much.Opening your hips may bring some power back. Or pushed the saddle too far forwards, so your hamstrings and glutes aren’t working. At the very least, understanding the difference allows you to understand the trade-off you are making.

I guess most people set up road bikes for maximum sustainable power for whatever duration. TT bikes are set up for maximum watts per CdA, so they are always a compromise. There will always be a difference, and it will vary by individual. If you change your TT position, and save 20W drag, but power falls 10W… ride the faster position! As @sam.fuller1 says, TT is about speed, not power.

As @theakstons says, if you train in your TT position more, you will close the gap a little (at the expense of your road position), so you have to decide your priorities. My priority is 100% TT, so I do a lot of training (inside, sweetspot efforts) in the TT position. I realise I’m making a compromise, but that’s OK - I have to tolerate being in my TT position for a long time.

My 20 minute power number in TT position this year ended up higher than my road bike, due to a winter spent in the shed on the skis. So it’s very possible to not just close the gap but go the other way, just takes some consistency. I raced full TT and road bike category TT’s around the same time with the same power meter swapping between bikes so feel pretty confident in this assertion.

I’m in my second season of TT’s.
I spend a lot if not most of my time training on the TT bike. Something has finally clicked and I’m now able to produce very similar power on TT bike and road bike. 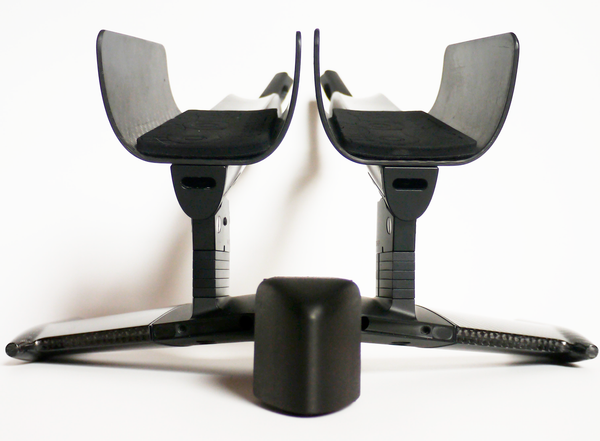 DISPATCH W/C 24th OCTOBER The Anemoi basebar is the culmination of three years of development, bringing you class leading aerodynamics and adjustability. The continued development and optimisation of the bicycle cockpit is not limited to extensions,...

Details on the design and adjustability here 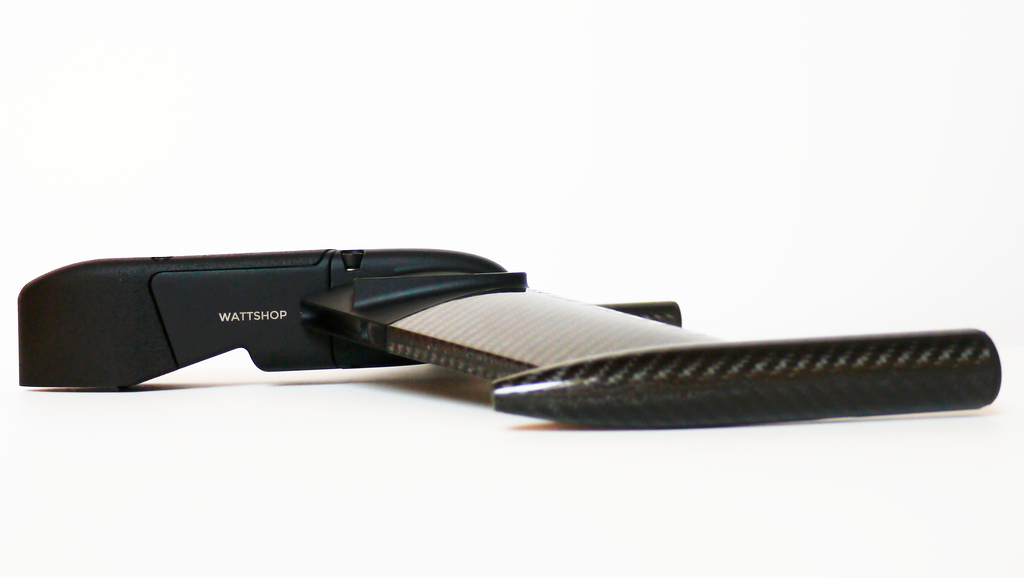 The Anemoi basebar is our answer to the quest for the perfect cockpit. In the two years since the release of the Anemoi aero extension system, countless athletes have taken to the top step of the podium using our class-leading extension system, which... 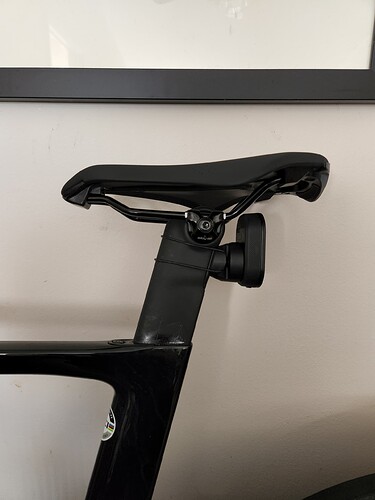 The radar? Yes absolutely I never ride without mine - brilliant for TTs when all you can hear is wind noise.

I ride with the Varia but I have to use electrical tape to stop it rotating from the square back to the long side of the post.

I’ve changed it for social riding to one beep notification but maybe I should change it back to two beeps for TTs. Then again the screen is more useful on a TT

I gave up with the angled clamp though - just use a standard flat one to hold it closer to the seat post.

Thinking it might be more aero but also doesn’t flop from side to side anymore. Sorry for poor pic. 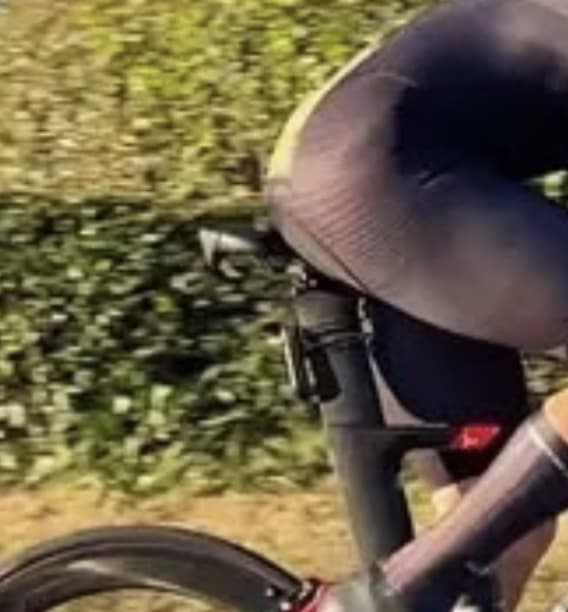 Genius using the flat adapter! It disappears into my seat tube now. Thanks

Didn’t work for me, being a lighter rider I think the back of my bike can bounce a fair bit

The only thing I got to work was some electrical tape . Or maybe its the turbulence of my hairy legs

I have been using the angled adaptor for training rides on my Shiv and am having the same issue. My speed concept has the pure areo post and so I was able to use that adaptor and the V insert without issue. The new Shiv (venge) seatpost has the D back and the flat adaptor sits pretty flush and tight but I wouldn’t be able to use it on the SC.

Same bike as me - I find the basic garmin mount but with longer bands works fine and doesnt rotate. 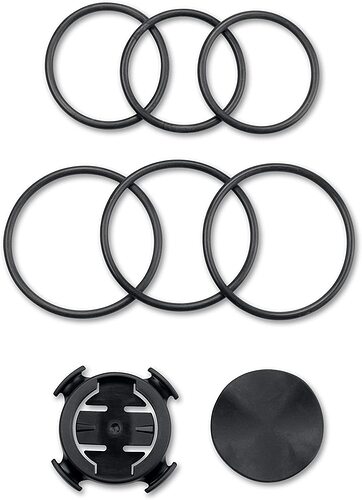