Yeah the week off I’ll sort of plan that to fall after the first 4 week block then probably do a lighter/shorter block in that 3 week coming into nats.

just pointing to this, second half mentions block p quite a bit. I also love the last minute or so, there is simply no certainty in training science 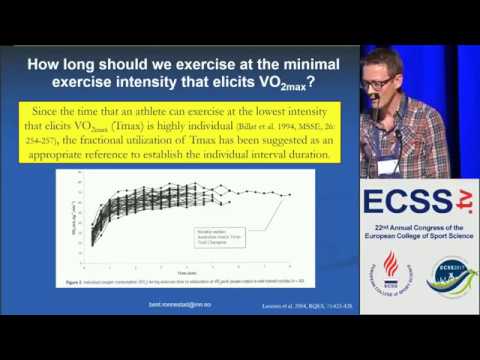 @sryke super thank you! Yeah he stresses individualization at 30:00 meaning some will see better results with traditional while others block.

The overall takeaway I’m getting again and again from multiple angles is time at/above 90% MHR. Which ever way gets an athlete the most and they can recover (not overtrain) is the best for that athlete. That’s interval type, micro/meso scale dependent.

So, for me, I’ve always tried traditional. No complaints with the method. Just my lifestyle and career that make it maybe suboptimal for me. I’m usually gone every week for a block of days then off for a similar length block. This is way too simple but, the overall affect is plateau. Anyways, my situation is irrelevant, but, for guys like myself block training might be a way to punch through the plateau.

The overall takeaway I’m getting again and again from multiple angles is time at/above 90% MHR. Which ever way gets an athlete the most and they can recover (not overtrain) is the best for that athlete. That’s interval type, micro/meso scale dependent.

Don’t know, I have my reservations with this. I touch this intensity zone mostly/only in winter. It comes with racing in summer but I mainly do it only in winter. This winter was the first time I did longer intervals again. Before that I spent to winters with mostly intermittent intervals, e.g. these 30-30s or 60-60s or similar. This winter/spring I saw the first time are real improvement again in the spring races. I attribute this to the longer intervals.

Why? Because with these intermittent intervals you do not train a key element properly: the mental aspect. I’d say learning to deal with discomfort is almost as important as training your physiology. I don’t race 30s on, 30s off. I race storming up a hill several times over 2-4h (for spring races). I’d say one has to train both components.

35-40; cool, I wouldn’t go lighter/shorter, that’s the one week you want to go ham, then 2 weeks out go light but still intense, then do any normal taper that you are accustomed to based on which event is your focus and roll into the event in last week…good luck! maybe grab a coffee or something out there

I looked at the calendar and moved the “block” week ahead one week. The week in Maui will be essentially week 2 and pick it up on week 3 and 4. A little extra taper but, I think that’s ok for my age. Looks good on paper. I should get a podium for planning!

lmk if you need to run anything past me in the meantime; can always link up on training peaks. have a great week!

Now i did a 4 day HIIT Block. First time with exclusive 8 min intervals with 2 min rest. In the blocks i made before I always add some variations to make it more interesting. But this time i wanted to control the intensity better and make pacing easier.

So 20x8 at all,. His was sustainable for me, with very slight increase of power and a significant drop in the HR. in the night after the two session my sleep was not so good, but still acceptable. Day 2 and 4 was not easy also,. but i recover pretty nice.
Last day was strongest. Bit of course the fact that it was the last one have a bit extra motivation. After it I feel mental fatigued. I think this will me no problem,. now come some recreational rides with my wife.
The next weeks i focus on LIT with only one HIIT and one group ride each week. I’m curious if iI could see a advance.

Wow, double ups on days one and three must have been very difficult. I have never attempted that.

Is easier then what one might think. During the first session is very important to be disciplined with intensity and not to push hard as possible. 90-91% HRmax in enough, Is more to think max iso effort over both sessions.
Day one I was well revcoverd, so no problem with that. Day 3 of course wars the hardest, But day 4 also not so easy, but here of course I could invest all resources sill remaining.

With more then one HIIT session a day i have some experience. Years ago i had an accident and must wear cervical collar. I must stay at home for 2 month and train only on the ergometer. Because is was a lite bit boring i did often multiple short sessions a day.

yes., at least or me this study was strart point for my experiments. But:

No Additional Benefits of Block- Over Evenly-Distributed High-Intensity...

Is always not that easy …

and the study also stated:

“Importantly, the long- term effects of BP remains unknown. The effects of repeating the present 4-week period of BP over a longer period of time remains to be investigated.”

In short-term studies, block periodization of high-intensity training (HIT) has been shown to be an effective strategy that enhances performance and related physiological factors. However, long-term studies and detailed investigations of macro, meso,...

Does anybody tried to use BP for peaking ? I’m about to try something like this:
https://www.researchgate.net/publication/305778995_Short-term_performance_peaking_in_an_elite_cross-country_mountain_biker

I would like to peak for a 4 stage series i, with two time trails,. a “long” race and crit. The idea would be to use both long intervals on the TT and 30/15 with the race bike.
Any experience or hints ?

Because the power output require a certain amount of V02, is speculate that the HR is not a good indicator of V02 when fatigued.

I then go on holiday the day after for a week, and won’t be riding my bike at all. Is this a bad idea? Will I lose some of the adaptations if I’m not getting in some endurance riding the week after the block? Should I try going for a run or two while I’m away?

I think this made sense. For peaking wiht a HIIT block you need a steep taper anyway. After my block a made 5 very easys days, exactly like in the study. This worked for me, my race weekend was nice. But maybe one or two easy days more, would have been even better.
So making a week holiday, maybe unusual, but at least no totally wrong

Should I try going for a run or two while I’m away?

If you run regularly, it may a good opportunity for some easy runs., But I don’t think is needed.

The main challenge was not the workouts, but the sometimes searingly hot weather which kept me off the turbo. As the longest hill or uninterrupted bit of road close to me is 3 minutes long, I had to choose between that or finding time to ride further afield. Anyway, it panned out like this:

Saturday: 9x3min intervals, first 3 on trainer with rising HR and falling power, then did the rest outside. Oh, and I cranked out 8.75w/kg for a minute on my club’s hill climb competition in the afternoon.
Sunday: 4x7min (had time to ride out and find a longer climb)
Monday: 6x3min vo2 hill reps (better power than Saturday, kept it around 120%)
Tuesday: A-sort-of-improvised-Bashful-slash-Baird workout around Regents Park inner circle, which takes about 100 seconds and includes a dip which makes a natural on-off interval.
Wednesday: Rest
Thursday: 4x8min Seiler intervals - done round Regents Pk inner circle, so the dip every lap meant they were more like “Seiler over-unders”. But they did the job and HR was bang on.
Friday: 1x3min all out effort, then 5x3min hill reps with what was left in the tank.

Anyway, I feel pretty good, and a lot better about taking a whole week off the bike this week. The sessions were challenging but I was pleased with the way my power kept up. The Seiler 4x8min session on Thursday was done 5 watts higher than the last time I did it on the turbo.

Overall I spent 56 minutes above 90% maxHR, and 1hr46mins in Z5 power or above (although my TrainingPeaks FTP is probably too low).

TBH although I’m hoping for some gains ahead of a possible TT in August and a hilly road race in September, this has mostly served as a useful experiment. It’s shown me that if I want to, I can do it - and sometime in March when it’s cool enough to use the turbo, I can do a more controlled, focused version of the plan as a pre-season booster.

Look very good. I don’t know how hot it has been in London,. here in Hamburg we had most of the time at and above 30 degrees.
Very good possible that you can benefit a lot at TT in August. There should be enough time to fully recover from the block an receive the fill benefit.

Currently i make a LIT block with once a week HIT and/or one group ride. But everything else with intensity factor between 0.65 and 0.7. I think I still increasingly benefit from the HIIT block and the race series at the first week of July. At least i saw some PB’s in climbs in terms of power as well as speed.
Is not clear to me, when the effect of HIIT block reaches it’s peak. But it seem possible to me that this could be several weeks. So please join you TT, the result would ne very interesting !
I had planed to make another HIIT block next week for peaking for TT on 11. August, but maybe i cancel it due to heat. On 18. August I may join a crit. After that I consider another HIIT block