I’d like to start doing this too. I am sure end of workout is better but I was thinking about doing 30min at night during the days of my more challenging workouts. My biggest fear is I don’t know if it would be too much volume as the MV plans already leave me pretty shot.

How do you add endurance inside the android app

I am not sure about the Android app but on IOS there is a block that pops up that says extend cool once you click on it, it pops up with another screen that shows options as of time to extend. Then once you do that you change the percentage button at the bottom of the screen to get the percent you want of your FTP.

Assuming I’m still up to date on my android device, an “extend cooldown” rectangle is displayed in the workout graph which you click to extend. Then you adjust the workout intensity along the bottom.

How Do I Extend My Warmup/Cooldown

While you are in the first and last interval of the workout, you are given the opportunity to extend the warmup in one, five, and ten-minute increments.  Each button can be pressed multiple times, ...

Here is the intensity adjustment, because you likely want to increase from the cool down percentage to a proper Endurance wattage.

How to Change Workout Intensity

This article will teach you about the intensity of workouts and how to manipulate this variable. Intensity Factor (IF)® Defined The Intensity Factor of a ride is defined as how intense/difficult th...

If you look at the pro-training thread here you’ll notice almost every ride begins with a long bout of Z2 work prior to getting into the real tough stuff.

“My ultimate goal was to come up with a few simple rules for successful performances the European U23 races.”

In contributing to our data portfolio, the Beauce summit finish was a big data point for us. It fed perfectly into one of the metrics I love to track, the “Tired 20,” also known as the peak 20-minute power produced after 2500 kJ of work have been completed. 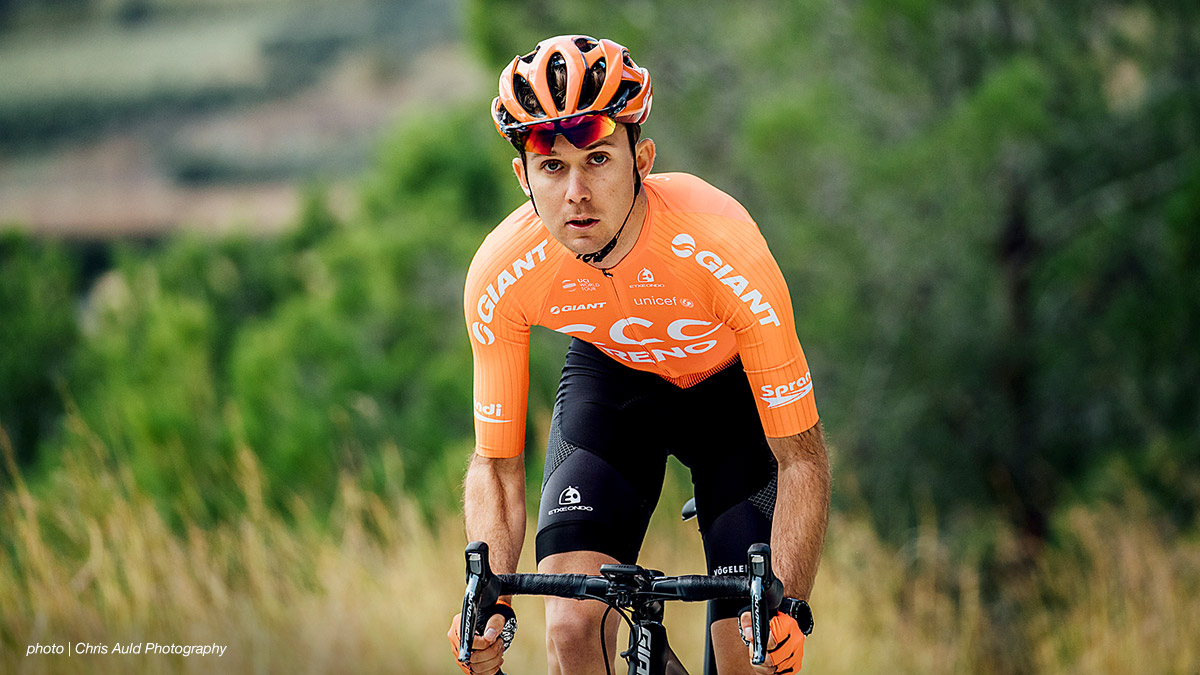 The Making of a Pro Tour Rider﻿ | TrainingPeaks

Follow coach Nate Wilson and rider Will Barta through four seasons—and see what it takes to climb from the U23 ranks to the world tour.

Granted, getting to 2500 KJ of work prior to doing intervals would require a LONG ride, I think us time-crunched cyclists could possibly emulate this by loading up an interval session with 30 minutes of Z2 prior.

Before the extend the warm-up I had a custom 30 minute ride of about 270 kJ that I would do before the plan’s interval workout.

interval session with 30 minutes of Z2 prior.

I call them Fatigue Sweets albeit some are over/unders at threshold. TR workouts examples Cloudripper, Wheel, Hooper and https://www.trainerroad.com/cycling/workouts/5525-izaak-walton

I always do the workout as prescribed and then either have a set custom workout or pick one suitable to do before or after. That way it’s easy and all my rides are the same length for easy comparison. If you do varying length warm ups and cool downs I find it annoying not having the same data from the ‘same’ rides that I do.

I’ve been adding 15 minutes to the end of my SSB1 workouts. I tweak the end of the TR workout in the Builder App. I set the intensity to 62% percent and then increase the intensity by 3% every 3 minutes during the 15 minute block.

I’m definitely going to do this with all 1h workouts for ssb2. I always feel like my endurance is lacking.

I do some Sprint Interval Training (SIT) before an hour of endurance. I don’t know if it’s beneficial, but I like to think that my SIT deplete my sugar stores by some degree. And that my aerobic engine is taxed a little bit more with the endurance training.

I don’t know if this is true, but I like the combination.

What about adding low-end tempo instead of endurance?

The classic Harm and Hickson study:

The bottom line is that my first coach (who said some old-school Dutch dumb stuff, and some time-proven smart stuff…the hard part was filtering out the first to get the second) used to say “the more contractions, the more reactions,” and in the case of adding volume, he was right.

Doing the extra endurance harder – say 70% rather than 60% – after you’re done with the intervals is not going to enhance the endurance adaptations – it’s just going to increase fatigue. Add endurance, but no need to clobber yourself in doing it.

Doing the zone 2 harder drives up CTL, but remember that CTL is just a metric for training load, not for fitness. For zone 2 watts, more time at the lower % of FTP will be of more long-term benefit than less time at a higher %.

What about adding low-end tempo instead of endurance?

Doing the extra endurance after you’re done with the intervals is not going to enhance the endurance adaptations – it’s just going to increase fatigue.

Doesn’t the second line here contradict the first line? Or am I reading it wrong?

That’s what I thought too!

Nice topic.
I’ll follow it closely, since I’m planning to add 30’ of endurance work after all my 60min workouts during my IM prep. My fear is just add too much stress and don’t gain anything back.
So, let’s see

I agree. The statements don’t seem to line up. @RobertK, can you clarify?

See above edit. That’s what I get for speed posting, trying to beat the first period bell.

Doing the extra endurance harder – say 70% rather than 60% – after you’re done with the intervals is not going to enhance the endurance adaptations – it’s just going to increase fatigue. Add endurance, but no need to clobber yourself in doing it.

I’ve learned this lesson the hard way. I try to add ~30 min of endurance work after interval/vo2max sessions, and the difference over the following 48 hours between doing it at 60% and 70% is massive. I usually follow a vo2max workout with sweet spot intervals the following day and at 60-65% I hardly notice the extra stress, but 70-75% forces me to convert the next day’s ss workout to a recovery ride or scrap it entirely.