Why are my TSS and IF lower than the prescribed workout values?

A member asked today why his TSS and IF are lower than the workout’s prescribed TSS and IF even though he was above the target almost the entire workout.

What do those acronyms mean? 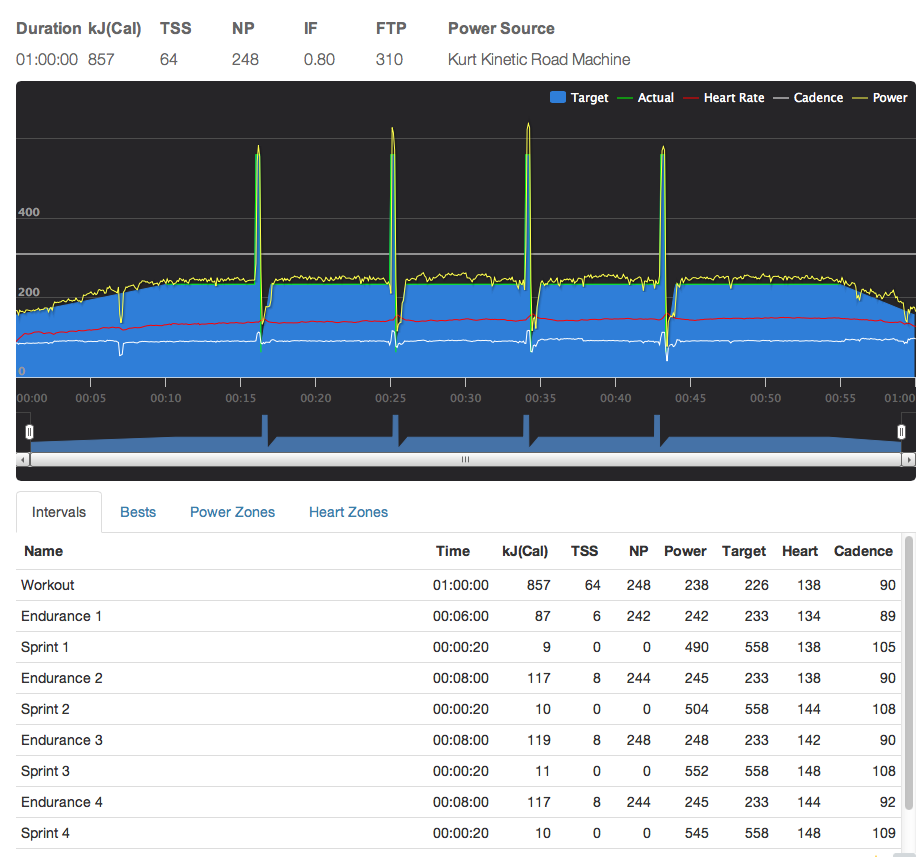 The interesting features of the workouts are 4x20s “muscle fiber activation efforts”.

As you might have guessed, the answer is that for those short intervals, he wasn’t at the highest intensity for the entire duration of the intervals.

If we jump into the Workout Creator and shorten those 20 second efforts to 10 seconds each, it drops to a TSS of 61 with an IF of .79. Those 40 seconds of work are worth 9 TSS points. 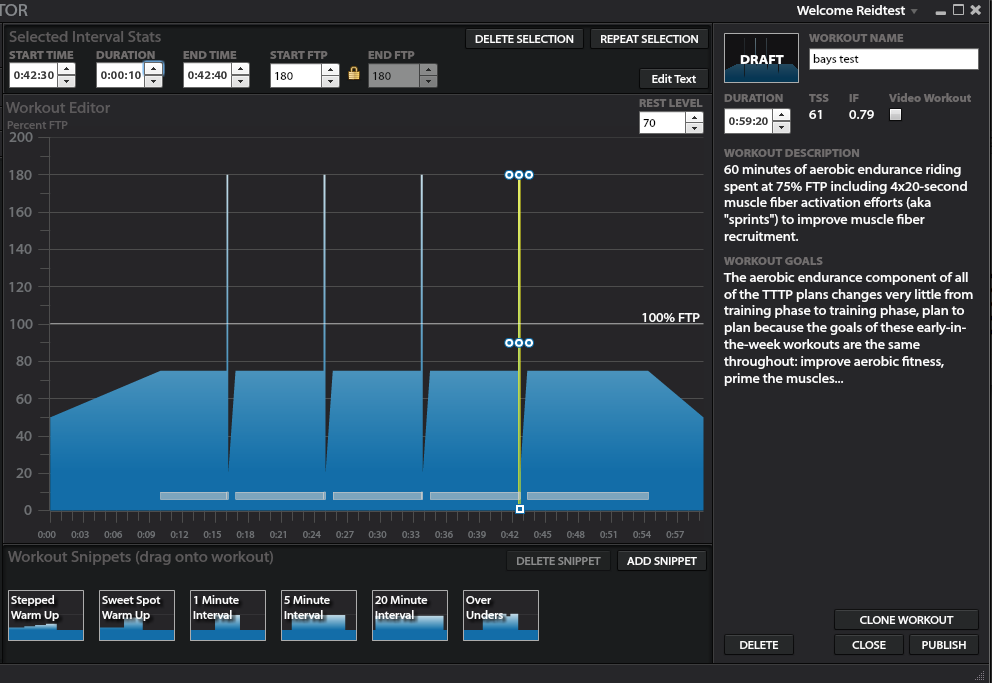 In contrast, I reset the intervals to their 20 second length and lowered the intensity of the rest of the workout, not including the ramps, to see how much I could lower it to get the TSS down to that same level. A whopping 12% FTP! For me with an FTP of 250, that means I could ride 30W lower (158W vs 188W) for 41 minutes (the highlighted sections) to bring the IF down to .79. 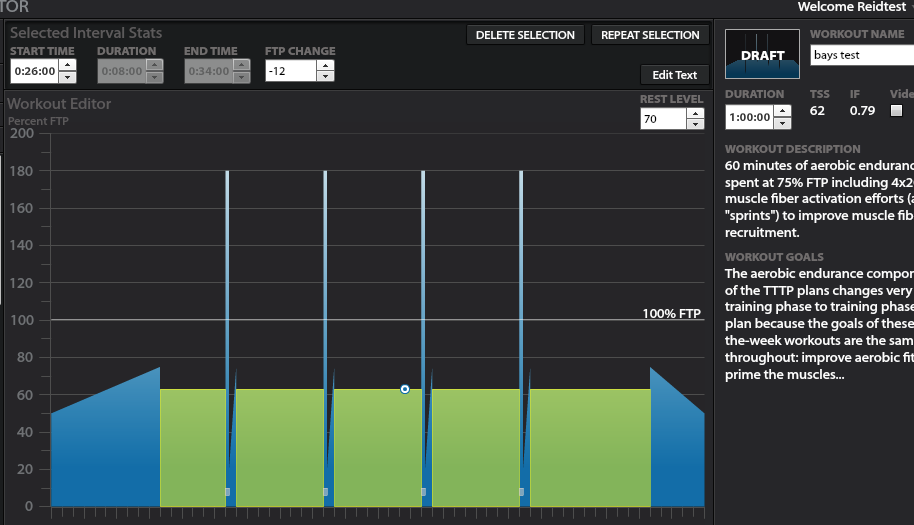 As a triathlete, this really illustrates how a few intense, sprints or accelerations can increase the training stress during an otherwise steady state effort. If you assume you have a certain TSS to put out in a race, would you rather have 41 minutes where your power is 30 watts higher or four 10 second sprints to make a pass or climb a roller?

The Training Stress Score model works well with using short, high intensity intervals in training to produce stress on the body that ultimately result in beneficial adaptations for fitness.

It’s also worth noting that the member was using VirtualPower. Since we don’t take acceleration into account, he probably put out more power for a few seconds at the beginning of the interval than we recorded. For most cases, this wouldn’t make much difference. But it could make enough difference for a TSS point or two during the workout since the few seconds with the low readings are a signification part of the high intensity sections of the workout.

Training Stress Score: What is TSS & How to Use It

TSS, IF, and Workout Levels: 3 Metrics to Help You Understand Your Training And Get Faster

Normalized Power®: What It Is and How to Use It