Just How Much Do We Allow our Minds to Limit our Bodies? 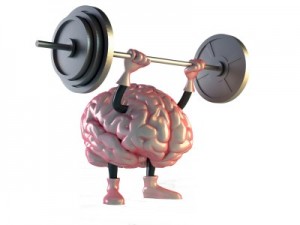 Having the uncommon opportunity to witness, firsthand and often, the struggle riders face each time they saddle up for a set of indoor intervals has afforded me certain insights to which more traditional, “outdoor” cycling coaches might not be privy. For 11 months in a row each year for several years I’ve suffered alongside a handful of likeminded cyclists all bent upon making the most of their limited training time, and while the goals and often the outcomes vary from rider to rider, one commonality that never changes is the direct correlation between suffering and improvement. What’s more, it’s this connection with our suffering that makes us better riders, but maybe not for the reasons you think.

How often have you managed to finish your workout with a final interval that’s stronger than the couple (or several) that preceded it? How many times have you managed to find the ability to accelerate past another rider when minutes earlier you doubted whether you’d have the energy to fight that headwind any longer? How many times have you found inspiration in a particularly stirring song, maybe an old favorite or a new revelation, but one that takes you from muddling through an interval to attacking it? And just how do we rally our waning physical resources for that last hill, that closing 5km of a time trial or road race, or those last few laps of a breakneck-speed criterium? All of these events took place because you allowed them to, and you did it with your mind more than your body.

Whether we recognize it or not, we are athletes verging on a new training frontier, one that will build upon many of the principles we, as coaches and as athletes, hold near & dear to our hearts, but ones founded upon a model of exercise-induced fatigue that will one day be termed ‘outdated’. What is this heresy you’re reading!? Nothing which I plan to address over the course of this post both because I have more learning and in-depth application of my own to undergo but also because I don’t have the time (nor the expertise, yet) to reply to the deluge of responses such a post will invite. And now that you’re thoroughly baited…

Let’s get back to simpler, far less controversial notions and not lose sight of what’s at the heart of this post’s matter, our self-imposed limits.

When we fail to recognize the mind’s role in even the most mundane and repetitive actions, e.g. turning the pedals thousands of times an hour, ticking off the miles while running, etc., we can very easily cost ourselves a degree of efficiency, but when we fight our own capabilities by effectively refusing to push ourselves toward higher performance, to gut out another interval, to…suffer, the cost is greater than losing a few seconds or a few watts because of poor focus. We begin to instill faulty thinking patterns in much the same way we latch onto poor movement patterns and there’s plenty of science to back up the notion that it’s just as difficult, if not more, to “re-wire” our thoughts as it is our movements.

What’s my point? Don’t talk yourself out of anything with excuses and doubt. Don’t give yourself to the possibility that you’ll fail – that possibility will exist whether you recognize it or not so why not spend your energy entertaining notions of success and a stronger body, a better performance and a greater training adaptation as a consequence? Telling yourself you can’t do something all but ensures that you won’t, and this only accounts for the conscious reasons to fail or underperform when starting a workout or another interval. What about the less obvious, subconscious cues our brains receive when we hang our heads, frown or scowl, restrict our breathing, lose our focus?

Train your brain to be just as strong as your body and do it every workout. Start to expect great things from yourself each time you saddle up, and on those days when you simply can’t muster the positivity, take a break and scale back the intensity or ditch it entirely. Over time, associate intervals more with the promise of a stronger body, with a greater probability of race-day success, with the good fortune that accompanies the mere opportunity to work out! Ingrain these habits as deeply as any pedalstroke drill that has left a permanent mark on your pedaling efficiency and you’ll not only improve your performance but you stand a much better chance of enjoying the work that yields it.

There’s a phrase that the ‘nuero-inclined’ use: “Neurons that wire together fire together” and this applies as much to our thoughts as it does to our actions, so train your brain as hard as you train your body and become a truly complete athlete.

FTP Testing: Tips & Strategy to Prepare for Your Next FTP Test